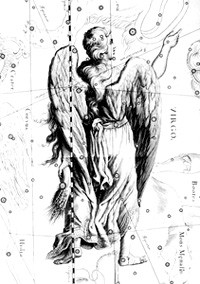 This week see’s lunations from emo Cancer all the way to diplomatic Libra, with a rather potent New Moon in Virgo that will sync up nicely with Uranus, Mars, Venus, Saturn, and Pluto. This is a major reconstruction operation, that necessitates long term strategy and serious game, that for many, will yield very tangible, practical, physical results. With all this planetary emphasis on Earth signs at the moment, it’s very important to deal with things and people as they are, -as opposed to what we might ideally like them to be. Realism is key, and necessity is the mother of invention. Patience will also be important, as there is a lot of perfectionism involved in proceedings, with this anxious, if slightly neurotic Virgo emphasis. Let’s break down the week and cut to the chase.

MONDAY.
We kick off the week on a slightly sensitive note, with the Moon in vulnerable, self protective, comfort seeking Cancer in opposition to stern, restrictive, disciplinarian Saturn. The Moon goes on to trine wistful Neptune and oppose power broker Pluto around mid morning. This could create some powerful undercurrents, that could inwardly flail from one extreme to another. This, combined with the emphasis on Virgo, could potentially create quite an anxious vibe, due to the amount of uncertainties, and unknowns in play. With Uranus forming trines to the Sun, Venus, and Mars, there is definitely a lot being pleasantly shaken up and revolutionized. This adds a rather unpredictable, highly original, innovative, rebellious, and independent element, in regards to personal, creative, and even business ventures and relationships. Many are nurturing visions of freak genius that they are determined to actualize, or are in the process of making some serious upgrades and engaged in self improvement strategies. In spite of the somewhat sensitive atmosphere of the beginning of the week, there could be pleasant surprises or unexpected good news today. Stay lit.

TUESDAY.
The 27th see’s the Moon linger in Cancer for the majority of the day, still opposing Pluto in Capricorn, and echoing intense emotional transformations and undercurrents we’ve been undergoing. Around 5 PM PST the Moon enters enthusiastic and charismatic Leo, squaring up to Uranus and forming a pleasing trine to Chiron. This could generate some excitement and increase our creativity and confidence in self expression and healthy risk taking.

WEDNSDAY.
The 28th see’s the Moon in Leo add in a morale boosting, optimism enhancing trine to generous Jupiter, while still squaring Uranus. This is an extremely restless energy, and a craving for stimulation can be present. The emphasis in Virgo creates a strong, earthy sensuous bent, that is somewhat understated, subdued, or repressed, stuffed down or hidden. This could see a whole lot of inspiration, or a wild, indulgent streak of sorts, that begs to find an outlet. Excellent configurations for artists and musicians. With Mars conjunct the Sun, and Venus in meticulous Virgo, things are gathering at a slow and steady speed towards a productive, fruitful end, personally, socially, and/or commercially. Virgo wants everything to be perfect, so if you’re the impatient type, -understand that you cannot rush perfection, and just try to enjoy the process and calm yo booty. There’s definitely a lot of creative genius accessible under these maths, and the more you can reduce anxiety, and increase confidence, the more you can tap into this furnace of raw potential, that might initially appear as a feeling of subtle frustration. Generating back and forth with others, sharing creative meanderings and ideas, can also stoke the embers of inspiration, passion, and enthusiasm. Spread the good vibes.

THURSDAY.
The 29th begins with the Moon in late -ish Leo, conjoined to Mercury, who is now smack dab at zero degrees Virgo. Something about this tells me that some sort of significant and inspiring communication, transaction, or bit of news has been received, and is being slowly assimilated. With Mercury now in it’s domain of Virgo, the rather anxious, nervous emphasis on perfectionism increases, but it also represents a doubling down on realism. Virgo rules purification, elimination, sorting, sifting, improving,- among other things, -so hashing out the details of the many creative, passion fueled meanderings that Mercury in Leo provided, and sorting out the feasible from the bombastically unrealistic, will help to facilitate actual results. Around noon PST, the pace picks up, as the Moon at 27 degrees Leo conjuncts Mars in Virgo, who is already pushing for action on the communication and interpersonal fronts. This could see some exciting talks that inspire action, and energize the mind and body. Our nervous systems could be firing on all cylinders so it will be important to check in with the body and ground, perhaps via physical activity. Around 5 PM PST, the Moon enters Virgo, tightening and perfecting it’s conjunction to Mercury, Venus, and Mars, and conjoined the Vertex in late Leo. This is kind of an epic lead up to the new Moon, as it’s possible certain talks/communications/projects/or arrangements made or discussed have a bit of a “destined” or “fated” quality about them. Serendipity.

FRIDAY.
The Aug 30th New Moon in Virgo is exact at 3:37 AM PST, so occurs in the wee hours that only insomniacs, artists, musicians, strippers, truck drivers, and people that work night shifts are awake for. Look to the area of your whole house chart that Virgo rules to see what life area these new seeds are being planted within. This new Moon looks extremely energized. It’s simultaneously grounding and extremely innovative. A seemingly perfect combination between reason, realism, and practicality, and the wild card of creative zang. Lunar trines to both Saturn and Uranus are the secret recipe behind these vibes. Cutting out the inessentials and getting down to business (Saturn), while staying flexible and prepared to innovate and heed the call of inspiration, (Uranus), can produce some amazing results in the following weeks and months. This is definitely a highly charged full moon that could call us to the care of the physical body somehow, and to manage our time and energy more wisely and efficiently. A Lunar trine to Pluto could see some powerful transformations taking place that could have some long lasting, positive effects. Cutting out any unnecessary BS that you know is working against you is an excellent use of this energy. Some people might be cleaning up their diets, saying goodbye to bad habits or lifestyles, or committing to regular exercise under these configurations. Go you.

SATURDAY.
The 31st see’s the Moon in Virgo carry on it’s trine to Pluto, echoing the finality of whatever transformations are being embarked upon. Pluto is do or die. Balls deep, all in, or nothing at all. This aspect alone makes it clear that the emotional, psychological landscape is shifting in subtle, but powerfully significant ways, both internally and externally. Something will certainly be “different” by the time this week is over.  These aspects, and the ones at the New Moon itself, are also extremely strategic and tactical in nature. As Alan Watts put it, “Existence is a game. In all senses of the word. The best senses, and the worst senses.” Better to accept the game, and master it, as opposed to resent it, condemn it, -and be played by it. This could definitely see people behaving strategically or even tactically in an interpersonal sense. With the meticulous, anxious, perfectionistic Virgo energy, syncing up with power tripping Pluto, it could be like Alpha Male Strategies entire youtube channel being extremely and meticulously over applied. “Game recognize game”. If you see this or sense it in others, nod, smile, and “stay on yo’ purpose.” Maybe even take it as a weird, backhanded compliment. Idk. With the Moon tightening an opposition to Chiron, certain lessons are being assimilated interpersonally. The Moon enters Libra at 4:07 PM PST, bringing our interaction with others into focus, and the need to harmonize disparaging viewpoints and perspectives. There could be some personal lessons around our interactions with others to digest that could perhaps leave us feeling a little vulnerable, possibly even slightly butthurt. It’s a subtle butthurt. It will pass. Wherever there is suffering, discontent, or “butthurtedness”, there is always an opportunity for wisdom, growth, and learning.

SUNDAY.
September 1st see’s the Libra Moon in square to military strategist Saturn, while in opposition to Chiron. Here, we can make lemonade from life’s lemons and summon emotional resilience. There could even be determined peace efforts amidst differing temperaments. Or, conversely, just a determination to simply agree to disagree, and turn the other cheek for sake of peace and harmony. Sunday afternoon see’s a pleasant lunar trine to generous Jupiter, so perhaps reconciling differing perspectives is possible after all, and maybe it is revealed that “opposing factions” have much more in common than previously assumed, and there’s just been a “language barrier” of sorts. In either case, we could lean towards being more generous, open minded, and accommodating towards others. A lunar square to Pluto adds an odd intensity to the mix. It’s as if you’re playing a chess game and it’s been really serious, suspenseful, and quiet, and finally somebody cracks a joke or *gasp!* ..actually pays a compliment to their opponents level of skill, or the silly hat they are wearing or something, (Moon in Libra sextile Jupiter.) This pleasing aspect wears down by evening, and we are left with a vibe that can only be likened to “Military diplomat/strategist” for the rest of Sunday evening. We could feel pretty intense about something internally, but making a conscious effort to just detach from it and remain unphased, -because GAME FACE.

Thanks for stopping by! I hope you all have a number one super instant success forever type week. Happy New Moon, I’ll see you next Monday.