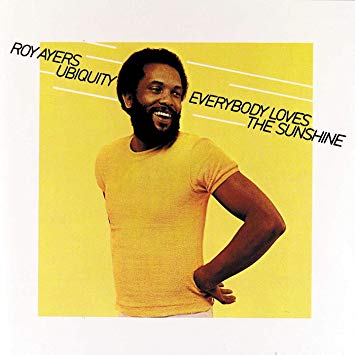 MONDAY.
We begin the week with the Moon in conciliatory Libra, coming out of a sensitive opposition to Chiron in Aries, forming a sextile Mars in Leo, and going on to square Mercury in Cancer, and Saturn and Pluto in Capricorn. This creates a mixed bag of feelings, and places an emphasis on finding consensus and harmony amidst disparaging viewpoints. In spite of some heavier lunar aspects, there is significant optimism and good will in the air, thanks to the planets in Leo jiving nicely with broadminded benefic Jupiter, who is set to station direct on Sunday, the same day Mercury enters Leo. If you’ve been in need of a positive lift, this week, and really, the whole month of August, is sure to provide you with a burst of sunshine. I actually debated on whether I should even bother to write for August, as opposed to just posting “Everybody Loves The Sunshine” by Roy Ayers, and making that song the astrological anthem for all of August.

TUESDAY.
August 6th see’s the Moon enter intense and moody Scorpio around 9 AM PST. This see’s a lunar clash with Uranus in Taurus, creating some restlessness, emotional changeability, and a desire for something a bit “out of the box”. A square to Venus in Leo later suggests that perhaps it’s challenging to express some of our intense cravings, desires, or urges, but the passions are certainly stirred. Jupiter is definitely in the spot light this week with it’s trines to the Sun and Venus, as Mars and Venus get closer together. It seems the stage is being set for some fun times or romantic trysts. A desire for more love, passion, enjoyment, and fun is definitely growing stronger under this weeks configurations, and many people will be seeking an outlet for a desire to “spice things up” in their lives and to “scratch an itch”, satisfy a need for more creative or romantic fulfillment. There's an overall intensity in the air today that could border on the theatrical. With the moon in obsessive Scorpio, combined with the Leo emphasis, there could be an exaggerated amount of passion, drama, and intensity in the air. Perhaps even some sense of controversy. Humor is key.

WEDNSDAY.
The 7th see’s Luna in Scorpio in creative tension with the Sun, Mars, and Venus in Leo, while forming a trine to Neptune in Pisces, and Mercury in Cancer, and a stabilizing sextile to Saturn, and powerful Pluto. This could definitely see the passions fired up and the feelings and longings stirred. When I look at these configurations, I see what appears to be an exercise in confidence building. Perhaps some deep transformations around increasing confidence, self esteem, and our capacity for self expression and enjoyment. We could have some deep conversations on this day, or receive news that touches us on a deep level, or perhaps we are getting to the bottom of certain things, or unearthing, swapping, or disclosing secrets.

THURSDAY.
The 8th see’s the Moon moving through late Scorpio, in trine to Mercury in Cancer, and beginning a trine to Chiron in Aries, suggesting that certain communications, or exchanges of information that we have had has provided some sort of healing transformation, or process of catharsis. Some sort of deep exchange, or emotional digging process into the psyche that has been identity affirming in some way. Later on in the afternoon, the Moon enters Sagittarius, pepping up the atmosphere considerably. Morale is definitely boosted, excitement is growing, and there is a lot of passion, inspiration, and enthusiasm in the air. The optimism and confidence to “go for” something is growing, and there is potential for a lot of positive, inspiring, and even revealing interpersonal exchanges. Perhaps something has come to light that affirms the direction we want to head in, and boosts our optimism around our prospects pertaining to certain risks we may want to take. As the saying goes, “no risk, no reward.”

FRIDAY.
August 9th looks exceptionally positive and inspiring, with the Moon in Sagittarius conjunct Jupiter, and trine the Sun and Venus in Leo, our world, (and our joy), could feel expanded in some way. With a Lunar trine to Chiron, something about this weekend feels healing. There is definitely the potential for some happiness inducing personal connections, and even love and romance are well starred. Overall, creative inspiration, and a feeling of infinite potential and possibility could permeate the atmosphere of Friday. This looks like a good time for a good time. A Lunar square to Neptune suggests we may have high hopes, fantasies, or longings around something or someone, and it could be we are willing to take risks, express ourselves, or put ourselves out there in ways that maybe we have previously been too shy, self protective, or inhibited to do. Now we are feeling more initiative, or we could become aware of certain passions that were previously buried or repressed, or that we just didn’t have the time to pay much attention to. This may not lead to immediate fulfillment, but the ball is rolling.

SATURDAY.
Saturday continues this longing for spicier activities, and lunar trines to the Sun, Venus, and Mars suggest a lot of interpersonal action is going on, or at least the desire for it. Truth be told, it's a good time to take it easy, with Jupiter about to station direct. This is definitely a passionate weekend, and also excellent for creative inspiration. There is certainly a lot of initiative and action in the air, and the drive to really enjoy life is at a peak, even if there are still some doubts, frustrations, or a general "soggy" feeling still lingering from Mercury's retrograde in emo Cancer. The desire for and push towards fun, get togethers, flirtation, and enjoyment is strongly highlighted, in spite of other more challenging influences that have slowed things down. Slowing down isn't a bad idea, and will help these more light-hearted energies gather some steam. The atmosphere could see people creatively and/or romantically emboldened, and preparing for more outgoing initiatives. This, combined with the square to Neptune suggests a bit of confusion, but it almost doesn’t even matter if something or someone is a “sure thing”.  What matters is simply increasing our capacity for enjoyment and creative or romantic expression and confidence, -come what may.  Not being attached to end results can be really liberating and good for overall morale. Later, a lunar square to Chiron begins to form that could see us second guessing ourselves a bit, as we navigate self doubts, but it’s important to keep the focus on the enjoyment of the “process” and the intrinsic value that taking risks has to our sense of confidence and ego resilience, and not so much on the end results. Maintaining an internal locus of control, and self validation can do much to prevent lapses in confidence. Affirm your own awesomeness at all times, regardless. Late evening, the Moon enters stoic Capricorn, suggesting a more realistic approach, as we recognize the current limitations of our circumstances, interpersonally or otherwise. It could be a bit of a reality check, but hey, that’s all part of actually making real things happen, and assessing what is and what is not possible, through a process of elimination.

SUNDAY.
The 11th see’s Jupiter station direct early in the AM. Because this is an outer planet, it's important to give things time to catch up to any of the grander visions we might have. The Moon is in earthy Capricorn conjunct Saturn, while Mercury is in the final degree of Cancer Sat morning, shifting into Leo in the afternoon. A Lunar trine to Uranus in Taurus amidst all this, suggests  significant turning points around the corner, and a "wild card" element at play. Certain facts have been assessed, realities have been ascertained, and we alter our approaches and direction accordingly. Perhaps confidence takes a small hit with the lunar square to Chiron, and we may feel some temporary deflation or disappointment, but really, if anything, we are simply being challenged to maintain and even increase our confidence and emotional resilience for the sake of a more fulfilling expression out into the world.  A late night conjunction to Pluto suggests some deep transformations and inner/outer restructuring, in preparation for the exciting, inspiring, (and certainly not boring) times ahead. The celestial emphasis is on growing in confidence, and increasing  courage, and our capacity for joy.

Thanks for stopping by! I hope you all have a great week! See you next Monday.