Saturn In Capricorn: A Meditation On Authority. 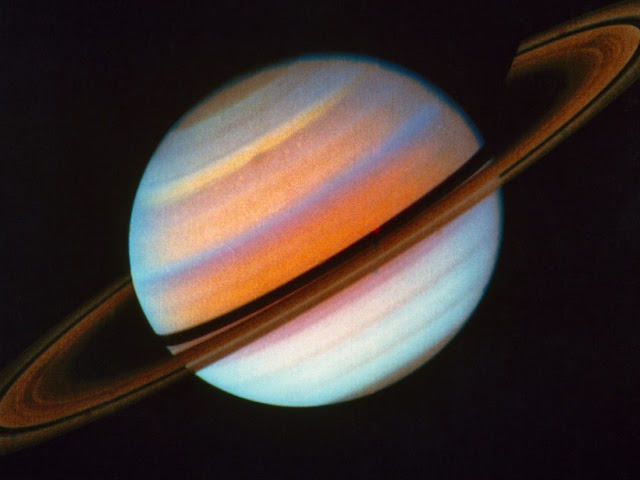 The lesson of Saturn in Capricorn is that of self governance.

It is about developing, legitimizing, and obeying your own *internal* sense of authority, and cultivating a strong, resillient, internal locus of control, ( otherwise known euphemistically as a spine,) -as opposed to seeking it from outside of yourself via wielding power and authority over others, -or conceding it to those who make claims to it.

Knowing and respecting the limits of your power and authority, and understanding where your power ends and begins, as well as seeking to define for yourself the extent to which you are willing to concede that inner authority and surrender it to others, is emphasized in triplicity by the intensifying placements of Jupiter and Pluto in Capricorn as well.

Along with these other transits, this celestial journey involves the potential for a grandiose abuse of power, at a structural as well as a societal, personal, and psychological level. It places a bright spotlight on our own concepts and definitions of "power and authority."

Saturn, and it's natural sign of rulership, Capricorn, represents the burden of moral conscience and taking responsibility for ones own life.

It is the knowledge and understanding (or lack thereof) of the physical body, and the consequence of inhabiting a physical, and biological universe, ruled by the principals of physics, alchemy, mathematics, quantum mechanics, and the immutable laws of a living, breathing, -and arguably conscious, sentient, highly intelligent universe.

Saturn represents the law of karma, otherwise known as Newton's Law Of Motion:

Every action has it's equal and opposite reaction.

What you reap is what you will sow.

Whether you are personally wrapping up your natal Saturn return with Saturn's backtrack through Capricorn for the remainder of the year or not, -everyone is completing a major karmic  lesson in Self Mastery, Self Responsibility, Self Sufficiency, and Self Ownership, and is having a review and "pop quiz", to go over any weak points, in order that we may strengthen them.

Below are some things to meditate on and some helpful suggestions to get through the remainder of Saturn's time in it's native sign of Capricorn.

Seek out mentors and people you admire, respect and look up to, who represent a good example of how you would like to be, or possess the qualities, knowledge, or experience or characteristics, that you would like to strengthen within yourself. Take their words and example into your consideration, and by all means, integrate, apply, and concede to what has a clearly demonstrable merit, -but always, ALWAYS, think for yourself, and come to your own conclusions.

Any other manner of relating to an outer authority, whether that authority is appointed to them by yourself, or by some system of hierarchy, is nothing more than an evasion of responsibility.

Our perception of reality, and the consequences that come with that applied perception, is entirely our own responsibility.

Attempting to escape this responsibility by outsourcing it to others who we either deem as more competent, or who make claims to be such, is a betrayal to ourselves and the world at large, -(and an evasion of the lessons of this transit.)

Blindly follow or submit to "authority," or people making claims to authority, simply because they have appointed themselves that position or quality based on arbitrary rules, a pre established hierarchy, cronyism, force, threat, might, fraud, deception, wealth, propaganda, monopoly, ideological subversion, censorship, coercion, extortion, occultation, or mob mentality.

Always judge the merits of power and authority for yourself and refuse to concede to pressure tactics.

No power or authority with any merit or legitimacy would require the deployment of any of the above methodologies.

DO: Cultivate your own inner sense of authority. When you observe something to be true with your own eyes, in your own real life, and lived experience, -don't allow anyone to tell you that it didn't happen, that left is right, up is down, 2+2=5, etc, etc, simply because they make claims or appeals to "authority."

Attempt to regulate your emotional state by imposing your will upon others. This is called an "external locus of control", and will never lead to inner or outer peace, self esteem, harmony, health, safety, abundance, or self empowerment.

In fact, the more externalized your locus of control is, the more disempowered you become, because the management of your inner state becomes entirely dependent upon other people submitting to your will and demands, which inherently robs you of your power over your own inner peace, destiny, and will, and turns your life into a continuous battle that revolves around subverting the natural will of other people to your own. This leads to abusive dynamics, on a micro and macro scale, in the form of abusive relationships, societal violence, and totalitarian regimes. Ultimately, the more a person posseses an external locus of control, the weaker and more insecure they are. Any power over others that such a person believes to be endowed with is contrived, illusory, illegitimate, and temporal, -as opposed to immutable, natural, or implicit.

This is the only person one should ever desire to wield power or control over.

Master the Self, and you are made whole.

Master the Self, and you are made free.

Master the Self, and the actions and words of others cannot disturb you or rob you of your peace or security, (as long as they aren't ruthlessly imposing upon your free will overtly or covertly of course.)

As long as your locus of control and sense of authority is internal, *you* control that which you consent to.

You control whom and what you will answer to.

As long as you have an internal locus of control, the only authority you answer to comes from deep within you, and all other outside forces must answer first, to this.

Saturn in Capricorn is the lesson of self ownership and self responsibility. This is the only true power that there is.

All other power is illusory, contrived, fictitious, and divorced from the laws of nature and the universe: Arguably the only true and legitimate authority that there is.

Even when there is an outside authority which you idealize or look up to, the burden of moral conscience and responsibility over our own actions, feelings, and lives is still entirely up to our own inner authority. If our authority over and within ourselves is weak, we remain forever vulnerable to the errors of others whose sense of inner authority is as equally weak and externalized as our own.

In other words, we remain vulnerable to the whims of tyrants and despots, and increase the chances of becoming tyrannical and despotic ourselves, due to an unwavering religious belief in our own weakness, incompetence, and infantilization. A belief that is only capable of producing tyrants and slaves.

Even a tyrant with all the wealth and power in the world is infantilizing himself with the notion that his power can only be cultivated, legitimized, ratified, proven, and maintained via the submission and conformity of others to his whims and demands, -and the systematic suppression of those whom dare to defy him.

Because their very ability to defy him is an irrefutable testament to the illegitimacy of his claims, as one cannot defy natural Law without there being inevitable natural consequences.

Inside, the tyrant and controller views himself as weak, inadequate, spiritually bereft. He suffers from imposter syndrome, and desperately attempts to compensate for these weaknesses by flexing his control and power over others in order to perpetuate his delusion of "divinely ordained power, authority, and supremacy".

No power that requires the degradation, forced submission, dehumanization, and infantilization of others is "divine", "natural", or "legitimate" -in any way.

Some final thoughts on Saturn's transit through Capricorn:

How might you take back your power over your own reality and inner state, -without imposing your will upon others, overtly or covertly, in order to regulate your emotions or generate inner peace, inner security, self love, self acceptance, and a sense of personal empowerment?

What and who is within your dominion of control?

What and who is not?

Do you desire control over others, and if so, why might that be?

Has achieving control and dominion over other people ever produced or contributed anything meaningful or substantial in your life that is of any lasting value?

How might you become more masterful over your own inner state, physical reality, and outer circumstances, -without requiring the subjugation, coercion, manipulation, participation, or conformity of others to your wishes?

How might you become so masterful over yourself that you're capable of allowing others the grace of their own destiny, self mastery and self actualization?