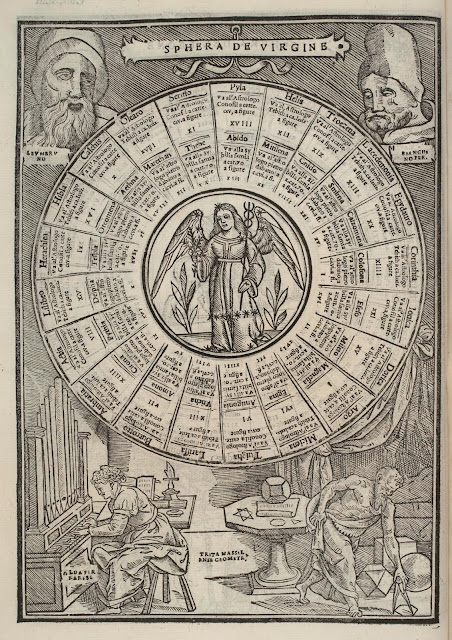 MONDAY.
We begin the week with the Moon in Aries, conjunct Chiron, square Saturn, and trine Jupiter in Sagittarius and Mercury in Leo. We could feel a big energy, passion, excitement, and enthusiasm, -but may be holding ourselves back a bit, perhaps due to cautious optimism, perhaps also partly due to self protectiveness or vulnerability. With Mars now freshly in Virgo, and Venus soon to follow suit, emphasis grows on getting more organized, meticulous, detailed, and focused on narrowing in on our objectives. Mars trine to innovative Uranus speaks of brand new trajectories and initiatives, and there could be something “next level” about whatever it is we are preparing for. A propulsion to "go beyond normal." This is certainly a “rut busting” type of energy geared towards improvements through repetition and innovation, and Venus will join Mars in trine to Uranus shortly, so this could involve an interpersonal element, perhaps some unlikely alliances, and people or goings on that make everyday life just a little more lively. It’s definitely a transit that will see people wanting to shake up or revolutionize their routines, or spice up their everyday grind in some way. Later, the Moon squares Pluto, adding more intensity to the mix. There could be a low key, obsessive determination, and perhaps plans being hatched or discussed behind the scenes that have yet to be executed to see the light of day. Good energy for brainstorming sessions, and for directing intense, passionate type energy into creative pursuits. There could be some unspoken intensity under the surface of things, and the square to Saturn continues to reign people in slightly.

TUESDAY.
Aug 20th, Saturn let’s up, and the Moon in pioneering Aries is trine the Sun and Venus in expressive Leo, and Mars in the first degree of earthy Virgo. This energy could see us fueled by passionate, creative energy, and wanting to make something concrete happen of our fervent creative visions. Something that maybe breaks the norm of what we have done before. This could see artists taking on new mediums, athletes trying new sports or learning new tricks, or people applying new approaches or people in their dating/sex/romantic lives.  With Mars trine Uranus, people will definitely want more room and freedom to experiment with new and original approaches. With Venus entering Virgo the very next day, this will definitely impact peoples personal lives. If coupled up, it’s a good energy for teaming up on shared self improvement goals. If single, somebody could motivate you to be your best self and live your best life, and make the process of the daily grind or getting back on your A game in some way more pleasant and motivating. This math definitely has some ZANG to it.  Late evening Tuesday, the Moon slips into sensual Taurus, slowing things down but certainly not dulling them out, but making for some very physical vibes.

WEDNSDAY.
Venus enters zero degrees Virgo early this AM, leaving only Mercury and the Sun carrying the torch of Leo’s creative, fun, passionate proclivities, while Mars and Venus focus on bringing this excellence down to earth where it can be more viscerally experienced. Later, a stabilizing lunar trine to Mars suggests there is something of a “long game” about this, but with patience, and single minded determination, there will be fruitful results. With Mars and Venus hand in hand, to eventually form powerful trines with Saturn and Pluto, we could be slowly but surely chiseling our way to success or some sort of “leveling up”, personally, professionally, -or both. Patience, discipline, consistency, repetition, and hard work will certainly be rewarded.  “The devil is in the details,” so it will pay to be mindful of the little, subtle, and humble things in whatever you’re going after, working on actualizing, improving upon, or are in pursuit of. Details, details, details. When it comes to interpersonal situations as well, under these maths, small things can mean a lot. Venus and Mars are more subdued and demure in Virgo, but this doesn't lessen passion or intensity felt. It just makes us look more to the small things, as Venus in Virgo isn't as prone to grand gestures as Venus in Leo is. So be grateful for the little things, as people can demonstrate their appreciation or affections in small or humble ways that could escape a less perceptive awareness. Venus can also be more critical, perfectionistic and anxious in Virgo, so watch that you aren't holding yourself or others to impossible standards and be realistic in your expectations.

THURSDAY.
Aug 22 see’s the Moon in “show me the money” Taurus squaring Mercury,  while still trine Saturn and Pluto, and forming a sextile to dreamy, wistful Neptune. We may have some passionate feelings and be pretty fixated on something or someone and it could be generating some confusion, indecisiveness, and some intense fantasies in our heads. There could be something of a challenge about whatever we are on about, but it’s one that we may secretly relish. Later, the Moon squares the Sun as well, where we are challenged to be more assertive in the face of inner (or outer) conflicts. For some, this process may take place entirely within, where we become resolute, and perhaps a bit obsessive about transforming something, even if we have to steam roll over doubts, naysayers, or simply just our own fears or inhibitions.  The Moon moves into talkative, busy Gemini in the evening hours, increasing the tempo considerably.

FRIDAY.
Friday, Aug 23, the Sun enters perfectionistic Virgo, to sync up with Venus and Mars to double down on any and all improvement strategies. This day looks a bit “edgy”, but also has the potential to yield some breakthrough results with a rather healing, morale boosting component, with the Moon in quick witted Gemini squaring up to the Sun in Leo, and Venus and Mars in Virgo, while forming a sextile to Chiron in Aries.  An opposition to Jupiter later on could amplify the nervous energy and give us A LOT to take in, bordering on overstimulating, even if it’s all positive stimulation. If you experience any frustration under Friday’s configurations, it helps to remember the fact that frustration is the predecessor to creativity. Creativity does require a certain level of “aggression” and assertiveness, so if you don’t give into frustration, creativity is the natural result, as the brain is then forced to form new connections. If you put this into praxis, you may notice that you forget all about whatever you were frustrated about, or even thank the source of the frustration, for the new levels of potentials it helped you to realize. The mind will certainly be active while the Moon transits Gemini, and this could also see a lot of banter back and forth as well.

SATURDAY.
Saturday see’s the Gemini Moon, square nebulous Neptune, while still opposite indulgent Jupiter. This could be a rather spaced out, scattered, indulgent type energy. There could be lack of clarity or a lot of unknowns around something or someone, and this could have our imaginations reeling with a lot of longings, hopes, fears, and fantasies, in a kind of dreamy, nervous, escapist haze that could have us buzzing. A lunar sextile to the Vertex could bring some sort of “fated” encounters or communications, that could have a creative or possibly romantic component. Perhaps someone stokes our inspiration or helps turn on a lightbulb in a timely fashion, or we receive some kind of game changing communication or make a fortunate, impactful connection or investment that we feel highly charged about.

SUNDAY.
Sunday morning see’s the Moon in late Gemini sextile Mercury in Leo in the early morning hours, but after that, this day (day of the Sun), the Sun, Mercury, Venus, and Mars really steal the show with their stellium and trines to Uranus in Taurus. They say a change is as good as a rest, and in this case, it appears to be true, (unless a rest IS the actual change you’re making, in which case, disregard that last part.) Something is definitely shifting into new gear, and this appears to have an interpersonal component that is maybe completely new, or just random, odd, off the beaten track,- but definitely fresh. Later, the Moon enters sensitive Cancer, to sextile the Sun and Mars in Virgo, and square Chiron in Aries. This perhaps assists us in a final push on an emotional sifting process that transpired while Mercury was retrograde. While the Moon may temporarily move over sensitive areas, we feel much more self assured and assertive this time around in facing whatever faint discomforts it potentially brings up. Later, Sunday evening, Lunar sextiles to the Sun, Venus, Mars, and Uranus hint at some potentially pleasant, comforting, and clarifying emotional exchanges or experiences, where we soak everything in like a sponge.

Thanks for stopping by! I hope you all have a most triumphant week! See you next Monday.