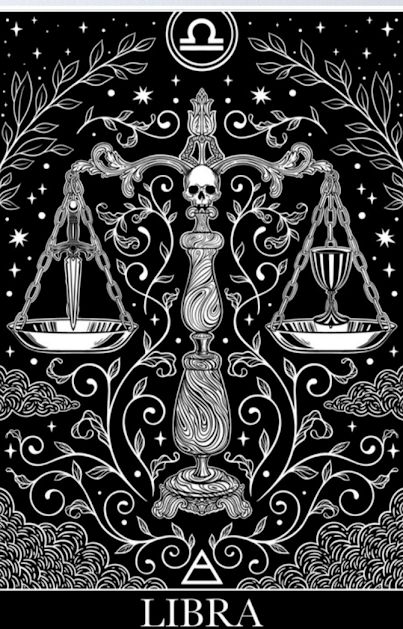 The New Moon in Libra indicated a promising new beginning that is in all actuality, a long term project that will require discipline, compromise, and staying power, which will be tested. This week begins with the Moon in serious Capricorn, and ends with a Full Moon in Aries, which can bring out some vulnerabilities and highlight the necessity of a long game approach. Today see’s the Moon in stoic Capricorn trine Uranus and Mercury, while sextile Neptune and conjunct Pluto. A lunar quincunx to Mars can see some impatience and irritability, and highlight some disarray or imbalance. There can be a mild sense of overwhelm at all there is to do, and perhaps a frustration around certain goals. This week is also dominated by the Saturn/Uranus square perfecting at 18 degrees, which can see a lot of hard work to overcome obstacles, facilitate breakthroughs, and reach new terrain, thereby liberating oneself from previous constraints, limitations, or glass ceilings. The lunar connection to Uranus is future oriented and innovative, and there may be some surprise news or communications to keep us on our toes or that create a sense of nervous anticipation around a goal. A calm and steady hand wins the day.

The Moon enters Aquarius today to trine the Sun and Venus in Libra, and sextile Jupiter in Aries, and eventually conjoin Saturn. This can see some positive signs of progress around important goals. In the very least, people can be friendly, and the atmosphere is open minded and expansive. This can see renewed motivation around initiatives, and although there may be a supportive atmosphere, it’s important to stick to a goal or a plan, and not expect instant gains. The ensuing retrogrades can see a 2 steps forward, one step back kind of story, so getting things to fully gel can be a process. Today can see some promising trends.

The Moon conjoins Saturn exactly this morning around 10:15 AM PST, while also trine the Sun in Libra, Mars in Gemini, and squaring Uranus in Taurus. Ceres, asteroid of nurturing, also stations direct today in Virgo. This can highlight issues around health, pets, fitness, diet, routines, and things around the domestic environment coming back into more balance or receiving more care and attention. A lunar semisquare to Jupiter can see a desire to over do it or over stretch ourselves, and there’s certainly a lot of motivation, drive and ambition in these configurations. There can also be a lot of distractions, but Mars trine Saturn is focused and determined to work through the mire. This is helpful, as Mars squaring Neptune is a very strong influence right now, and there can be some draining, confusing or demoralizing energies that erode clarity, confidence, energy, and certainty. This is an influence we will have to contend with for quite a while, and we don’t really get a break from it until December. This means that certain issues may not feel clear or fully resolved for quite some time, so knowing what you want, being consistent, having faith in yourself, and persevering is going to be increasingly important.

The Moon enters sensitive and intuitive Pisces at 5:47 AM PST, where it conjoins Juno, seeing relationships become a point of reflection, compassion, understanding, longing, or sacrifice. As the day progresses, a lunar trine to Pallas suggests that there’s a lot of planning going on behind the scenes, or there’s a sense of strategy around something. A lunar quincunx to Venus can go overboard into people pleasing mode, catering to everyone, or simply putting up with certain conditions to keep the peace, while a lunar semisquare to Pluto can see a lot of sensitivity or strong feelings under the surface, but it’s not exactly easy to express them. The day is reflective, sensitive, and intuitive, and with the Sun in Libra squaring Pallas, there’s a sort of wait and see approach around certain partnerships, social and interpersonal interactions, creative initiatives or collaborative efforts. Mercury in Virgo opposite Jupiter and Neptune and squaring Mars can see people feeling rather pressed to realize particular dreams, or feeling confused or frustrated at things that seem just out of reach. If you’re feeling particularly lost, loopy, or confused, simply do what feels most healing and what comes most organically to you.

The Moon in Pisces conjuncts Neptune, squares Mars, opposes Mercury, and sextile’s Uranus. These configurations double down on the Mercury/Neptune opposition, the Mercury/Mars square, and last but not least, Mars squaring Neptune. There’s an odd ball energy to the day, and the demands of the day can feel a bit irritating as it’s possible energy reserves feel a bit flagging or the nervous system is a bit overtaxed and in need of peace and quiet reflection and planning. There’s a push for activity and interactivity here during a lunation that also requires peace and restful recuperation. But perhaps certain opportunities can’t be missed or certain meetings can’t be put off. Conversely, we can be inspired by certain news or communications and certain influences can function as a sort of catalyst. Venus opposite Chiron right now can see a bit of vulnerability around interactions with others, but this can also see a lot of empathic support and unconditional understanding, particularly if anyone seems to be going through a difficult time. However, the Moon/Mars square can create an atmosphere that’s sensitive to too much overstimulation and prefers to be left alone to glean inspiration in private. It’s a good day to try to soothe the nervous system through various means when you can, pleasant scents, colors, lighting, music/sound baths, nature, anything to make whatever the day demands a bit easier on the nervous system as we build up to the Full Moon.

The Moon enters dynamic Aries this morning at 8:57 AM PST, to conjoin Jupiter. Judging by the math I’m looking at here, this shift will undoubtedly be felt, as there is a sort of “push” for a “breakthrough” here of some kind. Pluto stations direct at 2:56 PM PST, at 26 degrees Capricorn. This “reawakening” of the planet of Power is significant, particularly as the Moon becomes full tomorrow. This degree of Capricorn highlights the importance of self control, self discipline, and a sense of purpose, and in Pluto, this can be directed into the realization of powerful goals or something we feel strongly about. Self control is crucial with this degree however, as this degree of Capricorn can just as easily succumb to self destruction and downfall. The Moon inevitably conjoins Chiron in the afternoon, highlighting vulnerabilities, wounds, or feelings of weakness, while simultaneously striving to overcome them. Keep in mind that Jupiter will backtrack into Pisces at the end of the month. Knowing this will be of great assistance in helping people avoid biting off more than they can chew and properly masticate. It’s possible for people to feel some sense of urgency to make things happen “right now”, as if intuitively grasping that Jupiter will once again revisit a more reflective and passive sign. Try not to let overeagerness, impetuosity, or an overcompensation for perceived weaknesses spoil the broth. This impending reentrance is an opportunity to regroup and gather forces.

The Full Moon in Aries occurs at 1:55 PM, at 16 degrees, conjunct Chiron at 14 degrees. This Full Moon is an interesting one. This face of Aries is particularly powerful, and evokes themes of leadership, nobility, virtue, sovereignty, and enlightened self interest. It presides over our own personal empire, the world that we create for ourselves, by ourselves, the influence we carefully cultivate, wield, and curate over our own lives, -apart from the influence of opinions of anyone else. This decan of Aries is ruled by the 3 of wands in the tarot. A card of waiting for our ships to come in, waiting for the fruits of our own virtues and habits to arrive. To a certain extent, this Full Moon highlights a very personal journey, one that may require a certain separation from outside influences, particularly those that no longer serve our highest good. With a sextile to Saturn, and opposite the Sun and Venus, while conjunct Chiron, there can be some uncertainty, or feelings of vulnerability and even aloneness. However, there’s also a steadfastness to these configurations, with Mars, Venus, the Sun, and the Moon all aspecting Saturn. There’s a grace, sobriety, and dignity here. However, with Mars square Neptune, and Mercury opposing Jupiter, it’s important to stay committed to the course. The Full Moon opposes Venus, highlighting issues of relationships, harmony, and cooperation. There’s a strong desire for this, with the Sun in Libra trine both Mars and Saturn, and with Mars and Venus both trine Saturn. All the ingredients for a stable foundation from which a kingdom can flourish are there, but something or someone can feel shaky or burdened, or there are still issues that need to be finalized and resolved. This will require patience and endurance. The Moon goes on to square Pluto and sextile Mars and Vesta, which can see an intense amount of energy funneled into a goal.

Posted by The Curious Girl at 4:55 AM