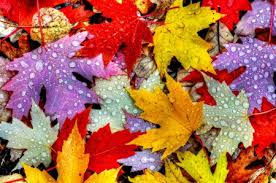 MONDAY OCT 21ST.
This morning starts out with the Moon in late Cancer, where there were perhaps some rather tense situations or awkward power dynamics to navigate, things to process and integrate, and/or deep rest over the weekend. Things could be slowly coming to a head, and require a strategy. Around 10 AM PST, the Moon enters Leo and the pace/mood shifts considerably, lightening up a bit, and bringing a bit more playfulness to the table. A lunar square to the Sun in late Libra, Uranus in Taurus, and a trine to Chiron in Aries suggests some interpersonal tensions requiring us to improvise, adapt, and overcome. There will certainly be some surprises in store, dirt uncovered, or totally unexpected/unanticipated shifts going down in the next few weeks, that can keep us on our toes. Today can see some efforts towards compromises, healing, and diplomacy, in spite of, and perhaps because of a subtly competitive, diva like, petty, or even theatrical backdrop or set of interpersonal dynamics, where perhaps some rather odd, or even downright shitty compromises have been/are being made, that simply can’t continue any longer. Venus and Mercury in Scorpio demand authenticity, sincerity, -even if it’s dark and uncomfortable, while Mars in Libra in increasing tension with Saturn feels pressured towards interpersonally “correct” behavior. As this square between Mars and Saturn strengthens over this week, it’s like driving with the E break on, and it slows things down, enforces boundaries between ourselves and others, creates resistance, and gives reason for pause and due consideration. Nothing needs to move too fast.

TUESDAY OCT 22.
This morning see’s the Moon in Leo square Venus in Scorpio and sextile Mars in Libra. This can see an increase in pep, self assurance, and assertiveness, but also some subtle undercurrents of tension, drama, over idealization, intrigue, or resistance. A lunar trine to Jupiter ramps up the energy to make for some pretty bold moves, confident or even generous gestures or dramatic displays, whereas some people can be feeling more shy, timid, cautious, vulnerable or reserved. Maybe it’s hard to be real or express something? Conversely, this could see some people get things off their chests, purge, or unload some things they’ve carried around for too long. It can be a creative, theatrical energy, and with the Sun at 29 degrees Libra, decisive turning points with others can be underway. Saturn’s increasing tension with Mars civilizes and tames the demons of Venus in Scorpio’s boundary dissolving, if somewhat intimidating contacts to Neptune and Pluto.

WEDNSDAY OCT 23.
The Sun moves into Scorpio today at 10:20 AM PST, shifting the emphasis into deeper waters, and further intensifying and shedding light to the threads that Mercury and Venus have started. Here, things can take a decisive shift, and certain things can begin to come to light. There can be a somewhat dramatic flair to Wednsday’s skies. Around 1 PM the Moon moves into anxious, perfectionistic, and earthy Virgo, to trine Uranus in Taurus. This can be a busy, somewhat nervous, scattered energy, that brings excitement, innovation, unpredictability, independence, and unconventionality to the fore. Shit is getting real. Shit is getting weird. Shit is getting real weird. Not necessarily “bad” weird. Just.. unusual to whatever “the norm” has been. Glitches or upsets in routine can be a factor. Curve balls. Unpredictability. Surprises. Randomness. Lots of little annoyances or things to manage and obstacles to improvise around. Expect the unexpected, and try to stay grounded.

THURSDAY OCT24.
Today can see some unusual experiences, and lunar contacts to Saturn and Pluto can create some inner and outer stability, even if there are some frustrations or vague uncertainties. Around 3 PM PST, the Moon in Virgo sextiles Venus in Scorpio. Combined with the Moon’s opposition to Neptune and square to Jupiter, this can create a pleasing, somewhat indulgent, artsy, and charming vibe, but can also see a lack of realism, rose tinted glasses, or over idealization. Slow down on the edibles, turbo. The Sun’s opposition to Uranus can create some unpredictable circumstances or elements that throw wrenches into things, and this can see every day matters like routine, health, diet, work, hygiene, pets, fitness, details, nuts, bolts, and regiment (Virgo ruled stuffs), thrown off, or just need to be completely rearranged, worked around, adjusted, and adapted to. Improvise. Adapt. Overcome. There might even be some pleasant diversions from the norm.

FRIDAY OCT 25.
Today can see some juicy details come out in conversation, with a lunar trine to investigative and probing Pluto, a square to generous Jupiter, and a sextile to Mercury, it can be easy to overshare. Take care not to hurt peoples feelings, as there can be some (hyper)sensitivity in the air with a potential towards harshness (ironically), as the Moon enters Libra to conjunct Mars and oppose Chiron in Aries in the afternoon. Otherwise, for better or worse, Friday can be very focused on interactions with others. Handle with Care.

SATURDAY OCT 26.
Today adds in a lunar square to Saturn alongside it’s Mars conjunction, which can call for some maturity, wisdom, diplomacy, and restraint. As the Mars/Saturn square becomes more exact (becoming exact tomorrow at 15 degrees) certain energies have been building up and something’s got to give. Same warning applies as yesterday, in that it’s best to avoid being overly harsh, brash, rash, impulsive, or punitive. There could be intense feelings, instincts, and power dynamics under the surface with Venus in Scorpio sextile Pluto in Capricorn, and lunar squares to Saturn and Pluto. The tightening Mars/Saturn square goes to battle with demons.

SUNDAY OCT 27.
Sunday morning kicks off with the Moon in late Libra sextile to Jupiter, offering a more generous assessment of others, and an ease to tensions or challenges, even in the face of intense weirdness or emotional disquiet. Around 2 PM PST, the Moon enters deep and secretive Scorpio in the lead up to the New Moon that occurs this evening at 8:39 PM. This new Moon can feel a bit destabilizing as it heavily involves Uranus, emphasizing shock, change, and unpredictability. Nothing is certain, except uncertainty, and there can be inner conflict experienced, as well as emotional changeability. The Mars/Saturn square is exact today, adding a push/pull dynamic where part of us wants to lunge forward and part of us wants to hold back, and the Moon in Scorpio can see intense feelings, instincts and urges involved.

Thanks for stopping by! May you all have a number one super instant success forever type of week. See you next Monday.