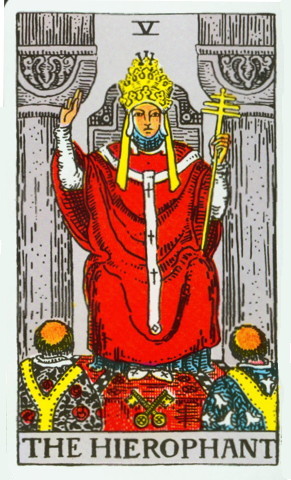 We begin the week on a dreamy, sleepy note, with the Moon in Pisces conjunct Juno, Mars,Venus, Neptune and Jupiter. It’s truly a dreamy, sleepy mathscape, but also very compassionate, creative and spiritual as well. The Sun and Mercury in Taurus are very common sense and practical, but may be up against a lot of well… dreaminess. Good luck getting anything done today at all, but it doesn’t have to be entirely unproductive, and in fact is extremely creative. The spiritual realms are particularly activated, and this can see our sense of synchronicity heightened. The Sun and Mercury in Taurus bring an element of common sense, practicality and realism to the picture, but Taurus being Venus ruled, it makes for an indulgent landscape that meanders and grazes in pastures. It’s a mathscape with considerable peacemaking potential and can bring extremely different people together or neutralize differences with a focus on common ground, and this in itself is quite inspiring.

The creative faculties are particularly activated this morning with the Moon in Pisces conjunct Mars and sextile Uranus, and this can see some surprising actions or initiatives. The Moon conjunct Venus and Neptune adds even more creativity and there can be a wistfulness and hopefulness to these configurations. New dreams and new possibilities can be highlighted, and there’s certainly a lot of inspiration that comes with these configurations. Mercury sextile Jupiter, Neptune, square Saturn and trine Pluto can see people looking for a beacon of hope or simply be seeking truth and common sense amidst a sea of wishful thinking, dreaminess and inspiration. In some cases, these signatures simply want to know what is real, and what is actually possible, as the maths are brimming with potentials and a lot of hope and optimism is stoked. With Pluto in it’s last degrees in Capricorn, but due to go retrograde again to spend just a little more time there, there can be a feeling of significant transformations in the works that are bound to leave people much better off than where they started. The evening wraps up on a creative and expansive note, with new horizons opening up that bring a great deal of hopefulness with the Moon conjunct Venus, Jupiter and Neptune.

Early morning see’s the Moon in the last and most urgent degree of Pisces, which can see epiphanies of sorts, with sextile to Mercury in common sense Taurus and powerful Pluto, while conjunct Venus, Jupiter and Neptune. ESP can be high, and intuitive faculties activated. The Moon heads into pioneering Aries at 9:10 AM PST, to conjoin Chiron, which can see courage and compassion, perhaps in the face of vulnerability. This can see a new leaf being turned over, maybe even new dialog or new communication or commercial endeavors, or perhaps we are transformed in some way via communicative exchanges or new thoughts or ideas, perhaps even new connections. This can see people feeling out on a limb or vulnerable in some way, but courage and compassion is also present, and there can be things that boost morale, expand our world or mindset, or inspire significant changes.

Today see’s the Moon in Aries still conjunct Chiron, which places a focus on new initiatives, healing and compassion. Mercury sextile Venus and Jupiter and trine Pluto can see a lot of inspiration, and a square to Saturn from Mercury as well can see significant differences between others or perhaps there is common ground around a shared goal or there is something unconventional or groundbreaking in the works. These configurations can bring answers through common sense approaches (Mercury in Taurus) and it can bring clarity to confusion or in the very least, inspiration and hope, while reminding everyone there is a method to the madness. It’s possible things are expanding in a way that people aren’t as of yet sure how to feel about in certain cases, but there can certainly be inspiration along the way.

Today begins with the Moon in Aries sextile Saturn and square Pluto, which stations retrograde today. This can see some significant changes unfolding or solidifying. Pluto retrograde can see certain issues revolving around power and power exchanges coming up for reevaluation.  Saturn may temper things and bring some structure today, or point out where we need to be more circumspect and disciplined. The Sun conjunct Uranus can see a whole lot of changes and an air of the experimental. Mercury enters Gemini around 3:23 PM PST, seeing the planet of communication at home in this talkative and multitasking sign, where it will station retrograde from May 10th to June 3rd, suggesting there may need to be some reevaluations of certain things that have kicked off recently. The Moon squaring Pluto can see some intense feelings about certain things. Even if there are conflicts under the surface around certain things, a lunar conjunction to the asteroid Pallas in 29 degrees Aries suggests people are preparing themselves for a long game approach that utilizes high mindedness and strategy. The Moon enters sensual and tactile Taurus at 5:19 PM PST, to conjoin the Sun. With so many planets hinting at creative expansion and inspiration, this could illuminate a new desire, or bring hope to one we’ve nurtured quietly for some time. There is a desire here to make things manifest in reality. A lunar sextile to Juno can see creative partnerships or beneficial and supportive connections that center around shared spiritual visions.

Today see’s the New Moon Solar Eclipse in Taurus at 1:28 PM PST, where it conjoins the Sun, sextile Mars and conjuncts Uranus. This highlights a lot of changes that are happening, and perhaps some that have been quite surprising, unprecedented and radical. This can see people in an adaptive frame, and driven by high ideals. Definitely weird times. Mars isn’t super strong in Pisces, and this can see people surrendering to going with the flow of the current in some regards, but these configurations can also highlight new desires and things to strive for. There can be a great deal of creativity and innovation in the atmosphere, and this can see people trying new things, doing a little bit of this and a little bit of that, to see what works, what feels right, and what produces results. For some these configurations can highlight recent connections that have been made that can be having more of an impact and stirring more change and transformation than we had initially realized. Liberation is also a theme. There can be something higher at work operating through various connections, collaborations or creative endeavors, and a hopefulness and even nervous excitement that comes with this. Ideals can be high and deeply stirred. Keeping our feet on the ground and a sense of realism and proportion intact is important.

The Moon in practical and physical Taurus squares Saturn, while conjunct Uranus, sextile Neptune and trine Pluto. It goes on to sextile Mercury, highlighting communications, and perhaps a lot of busyness.

The lunar square to Saturn amidst all of this emphasizes realism, perhaps tapping the brakes on certain initiatives to accommodate a busier time. Maybe certain collaborations have reached an impasse, or there are differences that make it hard to get on the same page with others. Maybe something is seeing the end of the road. The Moon goes on to also sextile Jupiter, Neptune and Venus, and there can be something that expands perspective and consciousness here, as channels of communication are opened, dialog is had and information and discussions transpire that bring perspective, inspiration and hope. You should follow your hunches and intuition here. This can see significant shifts in the works socially, commercially, creatively, or interpersonally. There may be certain differences or barriers in understanding, or even just personal challenges that need to be navigated or resolved, but the energy is receptive, compassionate, intuitive and open, although people may have trouble getting on the same bandwidth. Even if there are challenges to navigate, this energy can bring new perspectives that can make things easier by encouraging us to drop things that aren't in alignment with our goals or simply bring some kind of hope. There is definitely a lot of compassion, sensitivity, and "esp" in these configurations. The lunar trine to Pluto can see some powerful or impactful interchanges, and discussions can center around transformative or intense topics.  Perspectives can be broadened and widened, and metamorphosis is in the air. It will be hard to be anything but authentic to ourselves.

Posted by The Curious Girl at 5:57 PM