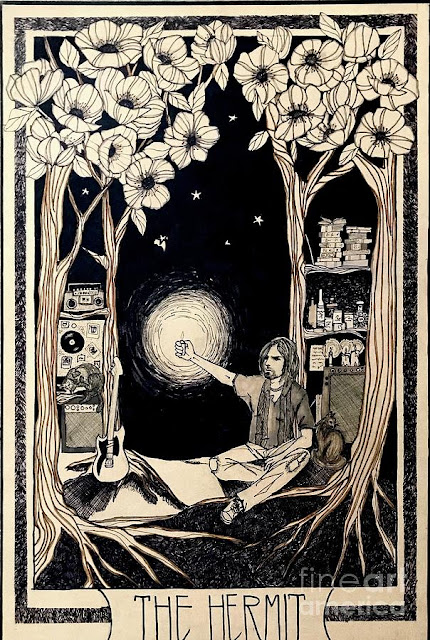 We begin this week with the Moon in Virgo, and today sees the New Moon occur at 5:52 PM PST. With the New Moon emphasizing connections to Uranus, adapting to change and improvising are key elements. There may have been situations in which necessity or crisis aversion or management (Virgo) has required dramatic changes that have seemed spontaneous, last minute, experimental, or very outside of the box. The trine between Venus and Jupiter helps us focus on the positive, and we can feel supported by like minded connections, while the Venus square to Pluto indicates that changes have all occurred through some intensity, and the changes unfolding can be far reaching and have lasting impact, which can bring up intense feelings. It can feel good to ban together with others through intense transformations, as if the universe is assembling little pirate ships of people to weather the changes. This week can see more forward movement. The New Moon opposes Neptune while trine Uranus, indicating the unknowns we may face and the need to improvise, adapt, and overcome. This can involve working together with others somehow. Tomorrow can see some actions taken or signs that things will begin to unfold that can have a big impact.

Today the Moon in Virgo conjuncts Mars, while opposite Neptune and trine power broker Pluto, and this can see the beginning of some power moves being made in order to navigate uncertain times. The Sun also conjoins Mars, highlighting the need to take action steps. The Moon enters partnership oriented Libra at 8:20 PM PST. The Moon forms a trine to Saturn, indicating some solid partnerships or agreements being established, and serious decisions could be involved.

Today sees the Libra Moon trine Saturn in Aquarius, and conjunct Mercury, and this can see some serious discussions or agreements unfolding, or news can come in that means business. With a lunar opposition to Chiron, there can be an element of vulnerability, but it can be helpful to know that other people have your back and you're not alone. With Mars trine Pluto, big decisions are on the line, and this can highlight actions that need to be taken out of necessity that can pack quite a punch, and carry weight, power, and significance. These are no small potatoes, things being considered and weighed here are a big deal, and there can be a lot to consider. Whatever is decided this week can open up a whole new world of possibilities and this can set the stage for some beneficial developments, contacts, and agreements. It can be a case of "teamwork makes the dream work", but there are probably certain people in more powerful positions than others.

Today the Moon in Libra conjoins Mercury, Venus, trines Jupiter and squares Pluto, and this can see some big changes unfolding. There can be optimism and hope present, even if things are driven by a sort of intensity that make big transformations necessary in some way. It can be clear that some beneficial arrangements are possible. A lunar quincunx to Neptune can see a bit of a martyr vibe, or in the very least it can feel as if sacrifices must be made in one way or another which can see some big decisions on the line. The lunar trine to Jupiter can see some good fortune, or a generous atmosphere. The Moon enters emotionally intense Scorpio at 11:05 PM, to be followed by Venus tomorrow.

Today sees the Moon in Scorpio conjunct Venus and trine Jupiter in late Aquarius, emphasizing the Venus/Jupiter trine. This can see some positive vibrations, and optimism can be boosted by these configurations. There can even be some strokes of good luck, and some beneficial contacts being established where forces and powers can be merged and combined in mutually beneficial ways. Although this could occur through some challenges, as indicated by a lunar square to Saturn. There could be some tension, challenges or uncertainty to navigate. A lunar opposition to Uranus can indicate some wild cards, shocks, surprises, or a need to take some risks or improvise somehow. There could also be some differences between others to navigate or alchemize somehow.

Today sees the Moon in Scorpio make a sextile to the Sun in Virgo, a tribe to Neptune, square to Jupiter, and opposition to Uranus, highlighting forward progress being made towards transforming situations and innovating solutions, perhaps by merging forces and taking leaps of faith into the unknown or taking calculated risks. The lunar square to Jupiter can see an indulgent atmosphere, and the Scorpio lunation can be pensive, deep and reflective, as there can be a lot to take in. Dynamics are shifting as well, and new elements and possibilities are entering the fold. With Venus now in deep, do or die Scorpio, there is a lot on the line, and a need to dig deep into energetic and/or financial reserves, as well as transmute darker, more emo energies into gold. There is a deep creative potential here as well, and it's possible to spin something beautiful out of life's rougher edges. The Moon goes on to sextile Mars and Pluto, and this can see some situations positively transformed and a trajectory improved.

The Moon enters broadminded traveller Sagittarius at 1:34 AM PST, and this can end the week on a note of increased possibilities that can create a feeling of stability within a lot of unpredictability. A lunar sextile to Saturn and trine to Chiron can boost morale and also create a feeling of groundedness, or in the very least, a sensation that some stability is being achieved through means of innovation or taking calculated risks. Even though there's a lot of uncertainty, next week begins on a note of more optimism and faith as new possibilities are unfolding.