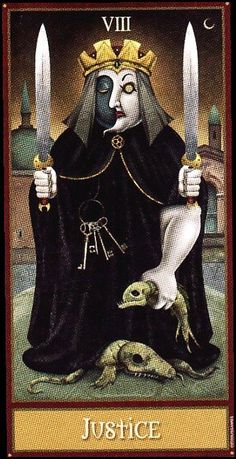 This week begins with the Moon in freedom loving and truth seeking Sagittarius, emphasizing broadening horizons, learning, expansion, travel, and people and places at a distance or from other cultures. With A New Moon last Fri in partnership focused Libra, big things are happening in tandem with others, and a new chapter is beginning here. With the Moon in Sagittarius today in trine to Chiron in Aries, and going on to trine Mars Rx in Aries, there is a lot of courage and enthusiasm about taking some decisive action around something involving expanding our worlds somehow. Sagittarius is truth seeking and being honest and authentic in ourselves can require a lot of courage. With the Mars/Jupiter square exact today, today can represent a peak moment and actions taken now can mark a critical turning point. There’s a lot of courage and bravery involved in this. The Moon goes on to square Venus in Virgo and Neptune in Pisces, and this can increase sensitivity to criticism or highlight anxieties around details about the mounting things we may have to take care of and address. On the one hand, it could be that speaking the truth, being true to ourselves, and being/living authentically can come with a lot of criticism, risk, and vulnerability, hence the requirement of courage. There can also be some vague anxieties, uncertainties, and vulnerabilities around buggy little problems and nit picky issues, but a steady determination will help tackle things one at a time.

Today see’s the Moon in Sagittarius squaring Venus in Virgo, and Neptune in Pisces, and trine Mars in Aries. This can highlight a need to problem solve. Minor lunar aspects to Mercury Rx in Scorpio and Uranus in Taurus in the afternoon emphasize a need to improvise around challenges, fuckery, and obstacles. Later, a lunar sextile to the Sun in Libra suggests that teamwork makes the dream work. Others can come through for us some how, or working with others can be a key to getting around some irritating obstacles. There’s definitely determination, and this energy is determined to keep it’s head up amidst challenges because it’s focused on the goal. The Moon will enter serious Capricorn tomorrow which will shift the emphasis on navigating the challenges ahead, knuckling down, making a big push towards a goal in true mountain goat fashion. This evening can end on a somewhat anxious, but passionate, enthusiastic, and determined note. Where there’s a will, there’s a way.

Today begins with the Moon in serious Capricorn trine Uranus in Taurus, and sextile Mercury in Scorpio. This can see some thinking outside the box, a weird "focused restlessness",  quirky peevishness, as well as some behind the scenes agreements or negotiations. A lunar square to Chiron suggests we may be getting ourselves or others out of a tight spot, or tacking a series of "must do's", and there can be some vulnerability here as we gather steam for a series of tasks in preparation for incoming shifts. Certain negotiations may be under the radar for the time being. There is also simultaneously a concerted effort to bring the truth to light. In either case, this is a serious and determined energy, and some radical, or at least highly unusual or unorthodox actions may be taken in order to push through an agenda or make something happen. These can be some pretty intense vibes, and it can feel like we are up against a lot, or at least, could feel very challenged. But the stoic Capricorn stellium, combined with Venus in Virgo, can handle this with the precision of a surgeon, and has the will, determination, patience, and thoroughness to carry it through.

The Sun enters do or die Scorpio today at 4 PM PST, adding a certain grit and bite to the mathscape. Today we see the Moon in Capricorn trine Venus in problem solving Virgo, square Mars in action oriented Aries, and conjunct Jupiter, Saturn and Pluto in Capricorn as well. These are some intense configurations. The Sun takes off it’s kid gloves in Scorpio and certain realities become harder to brush off or ignore. The Sun here highlights what has been buried or occulted. With Mercury also in Scorpio opposite Uranus this can highlight both the emergence of buried truths, as well as the attempts to keep them hidden. It can also underscore the need to go around and innovate through various obstacles and achieve certain things in less direct ways, along with somewhat clandestine conversations, negotiations, and dealings. Everything is very outside of the box right now and we could be in some pretty unconventional and weird terrain. This will require equally weird adaptations. This weekend can bring some shocks and surprises, and a lot of rebelliousness.

Today see’s the Moon in detached Aquarius, squaring Mercury Rx in Scorpio, along with Juno, and Uranus in Taurus, while sextile Chiron in Aries. This can see an erratic energy, and with the Sun in Scorpio conjunct Mercury, this can place a spotlight on buried truths. This can see some surprising revelations, and can also spotlight efforts to keep certain things submerged. Lunar contacts to both Mercury and Uranus can see some radical honesty as well as some illuminating discussions. There may be the presence of clashes or misunderstandings, but there is also a commitment to truth, no matter who it may upset. Amidst the do to die extremes of Scorpio, there is our shared humanity (Aquarius.) These configurations can see a lot of comings and goings, as well as a lot of discussions. This weekend can see some surprising things revealed or discussed, but with the Sun squaring Saturn it can also be apparent that there are certain forces attempting to block the free flow of movement and communication. This can also signify that certain things are simply challenging to discuss. There are simultaneously efforts to improvise around such impediments. There is definitely a rebellious streak with the Moon in Aquarius squaring Uranus, and there is a radical drive towards truth and liberation, just as much as there may be forces that are opposing that. This can see a rather interesting mix of energies over the weekend.

This morning see’s the Moon in Aquarius sextile Mars in Aries while squaring Uranus in Taurus and Juno in Scorpio. This can see a pleasant drive towards increased freedom, independence and rebelliousness. This can be an action oriented energy that can be oriented towards clearing the decks for the future. The Moon goes Void Of Course later suggesting a good time to unwind. The Sun continues to highlight radical truths, and with both the Sun and Mercury making minor aspects to Neptune there can be equally radical fuckery in direct proportion to the truths attempting to come to light, in order to keep certain things hidden or submerged.  In the light of the Sun, any steps taken to deceive will be exceedingly obvious, and both the truths, as well as the bullshit, will be plain to see. Still, there are those who remain vulnerable to distortions of reality, denial, and selective amnesia. This Mercury retrograde will go over a lot of ground, and come December, there can be some definitive moments.

Early morning see’s the Moon in late Aquarius forming aspects to the Sun and Mercury as it prepares to head into sensitive and etheric Pisces at 2:18 PM PST. This can highlight discussions, news, and communications, and can see more radical truths emerging. With the Moon having been in Aquarius this weekend it’s clear that there is a desire for truth, freedom, liberation, and justice, and there is a growing pushback towards restrictive and controlling trends. The Moon heads into passive and retiring Pisces in the afternoon for a more reflective and retiring lunation. Lunar semi squares to Mars and Jupiter can see an escapist streak. This can see next week begin on a reflective, dreamy, sensitive and somewhat passive note, that will see a decisive shift towards partnerships with the entrance of Mercury Rx and Venus into Libra on Tuesday. It’s best not to wander too far off the deep end under the Pisces lunation, because once the Moon enters assertive Aries on Wed, this will call for a more decisive and action oriented frame.

Posted by The Curious Girl at 2:51 AM