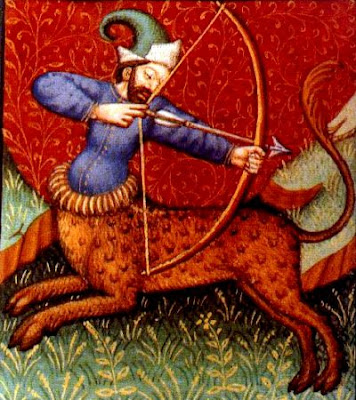 With Venus in Libra still lurking in her shadow phase after her long retrograde journey, many of us are still catching our balance. The Sun enters Sagittarius, and late this evening/early tomorrow AM see's the full moon climax in Gemini, after an earthy, soothing, sensual and stabilizing build up in Taurus. This places the pique of the full moon in direct opposition to the Sun, Mercury retrograde, and Jupiter, -all in Sagittarius.

The nervous system could be in overdrive, a bit overstimulated. Wrapping up loose ends, picking up where we left off, multitasking, and gathering information, and momentum, gaining speed and traction towards new horizons. Thoughts and communications could be overblown, filled with enthusiasm, and/or overexaggerated, or simply numerous..
Expression could be forthright, shooting from the hip, blurting things out, perhaps with an evangellical sort or zeal. The intellect and nervous system is stimulated with the Moon reaching her climax here, but unstable and prone to distraction. There could be a lot to mentally process and assimilate, and a rather flighty tendency to avoid heavier issues we would rather not deal with or be burdened by. There are tasks to complete, conversations to catch up on, and many loose ends dangling that could make going in one steady direction a little more challenging, with a generally "all over the place" kind of feeling, though not necessarily unpleasant.

With a strong conjunction to the Sun and Mercury from Jupiter, there are noticable improvements across the board. Faith and optimism restored. Sure, maybe not everything is absolutely perfect yet, and there are still lingering, perhaps life altering issues to navigate that could feel unfathomable. But, there is definitely enthusiasm, jubilance, and a feeling of brighter times around the corner. For this, we should be grateful.  The tense squares that Mars in Pisces forms to the Sun, Moon, and Mercury, suggest perhaps a longing frustration or idyllic desires that seemingly cannot be met at this particular moment, -but continue to be strived for. There is a tremendous enthusiasm to push for better conditions, and a sextile from Saturn in Capricorn to Mars gives us patience, determination, resillience, and endurance to "hang in there", and handle any necessary sacrifices and "waiting it out" in good faith, with grace and dignity. The full moon places the emphasis on communications, and the mental processes, perhaps creating a rather "frenzied" nervous energy.

Mars isn't exactly comfortable in Pisces, but if anything, it can create a determination to "let go" or "shake off" trying times, less than ideal circumstances, and "dream a better dream." It can feel rather frustrated in Pisces, as if a carrot on a stick has been perpetually hanging just out of reach, which can make us vacillate between feelings of idealization, faith, voluntary sacrifice,- to feelings of a kind of deflated "why bother" type of lack of motivation, defeat, futility, longing or escapism. Here, Mars is in "preparatory" form. Preparing the stage behind the scenes and readying itself for a new cycle. The stabilizing and soothing sextile to Saturn can also create a sort of feeling of "unity through adversity." Making it easier to weather the storm. Although Mars in Pisces is less suited for bold moves, direct action and taking the initiative, the squares Mars forms can actually spur us into action, or at least generate palpable inspiration to get the ball rolling in a better direction, -away from and out of an overall "stale type of funk", and towards a more "fresh type of funk", and with the help of a Sun/Jupiter conjunction in Sagittarius:  A funky freshness. Using our dreams and idyllic fantasies to fortify our motivational reserves would be a good use of this energy. With the Sun now in Sagittarius, things are beginning to look more promising, it's contacts to Jupiter and Mercury boost optimism and faith levels.


Venus in Libra (still in her shadow phase until approx Dec 17th), continues to face off in opposition to Uranus, retrograde in Aries. So again, we are still very much finding our footing and navigating rather unstable energies as the goddess of love, beauty and pleasure slowly regains her full strength after her "beauty rest." She enters Scorpio once again on Dec 2nd, creating an opportunity to plunge back into the depths with the trials, tribulations, and reevaluations of the retrograde behind her. She reaches full strength again when she enters the degree she went retrograde in, 10 degrees Scorpio, where her powers of attraction and manifestation, and her deep desires for intimacy, can be more fully realized, a second time around, -with the benefit of hindsight.
Posted by The Curious Girl at 4:59 AM