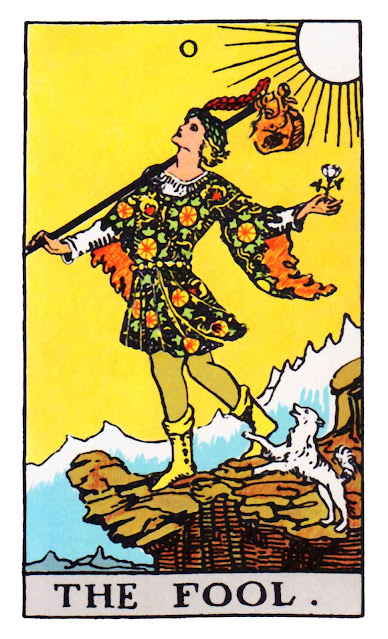 We kick off the week with the Moon in intense Scorpio, conjunct the healing asteroid Hygeia, square Venus, Mars, and Juno in Aquarius, opposite Uranus, while trine Mercury, Jupiter and Neptune in Pisces. This can see a very changeable, and unpredictable atmosphere, and normal routines or habituated patterns could be challenged or slightly disrupted, likely in positive ways. The Sun in Aries is sextile uncompromising Pluto, which can see people facing down some powerful needs for transformation. It’s clear in these configurations that things are definitely changing, or may need to, perhaps in the name of healing. There can be things to be hopeful and optimistic about. It’s possible that radical solutions are being considered or implemented in response to a general unrest, imbalance, or malaise that may have been quietly bubbling under the surface for some time. Whether everyone is in agreement with what one another’s ideas of “solutions” are is another story entirely. Nevertheless, these configurations usher in a time of change, adaptation, innovation, expansion, and experimentation. Mercury and Jupiter in Pisces are exactly conjunct, and this can see deep empathy, sensitivity, and a concern for the woes and tribulations of others. This conjunction can see the channels of communication open up more deeply and invite more optimism, hope, faith and humanitarianism into particular dynamics, helping to widen perspectives, lower defense mechanisms, and broaden our circle of compassion. This emphasis on feeling, vulnerability, and impressionability requires an equal dose of discernment however, as both individually and collectively, such configurations are prime celestial weather for predatory and propagandistic practices, -so take care to assess the motives of others correctly. Aside from this one warning, this mathscape is ripe with creative change, and it can be exciting, surprising, perhaps even a bit unsettling at times. The Moon squares Saturn in the early evening, which can see a need for resilience, patience, boundaries, discernment, or restraint, perhaps in communications.

This morning begins with the Moon in late Scorpio trine Neptune, sextile Pluto, and building a trine to the Sun. Changes that have been occurring are quietly assimilating, and it’s possible that certain things are coming to light or being illuminated that can give us something to feel optimistic or hopeful about. The Moon enters adventurous Sagittarius at noon PST, to trine the Sun and Chiron in Aries, boosting energy and enthusiasm. Things can feel like they are opening up more, and positive thinking can boost morale. Perhaps there is something to look forward to on the horizon. This lunation see’s a playful expansiveness that is open to change. With Venus and Mars both square Uranus and conjunct Saturn, there’s a desire to shake things up while still maintaining the structure and integrity of what supports you. An energy of positive reform and revitalization permeates these configurations.

Today see’s the Moon sextile Venus, Saturn, and Mars, while square Jupiter, Mercury, Neptune, and trine Chiron. This can see some inspiring changes taking place, and beneficial alliances can be forged. With Mercury exactly conjunct Neptune at 23 degrees, there can be beautiful synchronicities, creative inspiration, dreaminess, fantasy, even psychic experiences, however, do take care to avoid self deception or seeing only what you want to see. There can be a lot of unique insights gained under these configurations, and the Moon sextile Venus and Saturn can be a stabilizing influence in certain interactions, while it’s square to Mercury, Jupiter and Neptune can be a potentially confusing influence in others. More information will need to come to light, but this energy is a good time for exploring and gaining new insights. Shifts occurring now can be a cause of subtle tensions over the coming days as there is much to adapt to, but things are certainly interesting. There is a strong emphasis on renewal.

Today begins with the Moon in late Sagittarius squaring Mercury and Neptune, and this can see a heightened sensitivity, and perhaps a bit of confusion or indecisiveness in the air. There may be something we are at odds with, or perhaps it’s difficult to reconcile conflicting needs, desires, schedules, or life areas.Perhaps there’s certain things people simply need to keep to themselves while they sort them out. The Moon enters stoic Capricorn at 2:54 PM PST, squaring the Sun in Aries. There may be an inner conflict of some kind that calls for people to find their own way, trust in their own feelings, and not appeal to outside influences or what other people will think or say. A lunar semi square to Venus suggests this may have to do with relationships, personal values, or perhaps social situations or finances. Regardless of what it is for you personally, a lunar trine to Uranus later on suggests pioneering and innovating your own way through things, perhaps taking the road less travelled. In the very least, it calls for authenticity and being true to your own feelings, even if that means going against the grain.

Today see’s the Moon in earthy and disciplined Capricorn trine Uranus, sextile the asteroid Hygeia, while squaring Chiron. This can see a bit of vulnerability, perhaps in regards to doing what we feel we need to do to honor our own needs, feelings, instincts, and authenticity. The lunar trine to Uranus is a liberating if somewhat rebellious aspect. It’s square to Chiron can see people feeling a bit out on a limb, perhaps there’s a need to improvise or take a particular stance or path out of apparent necessity. Later, the Moon sextile’s Jupiter and conjuncts Pluto, and this can see more faith, optimism and self belief. There can also be a lot of pressure under these configurations, but for mostly positive reasons.

Today see’s the Moon in Capricorn sextile Mercury in Pisces and conjunct Pluto. This can see the day focused on communications or short distance travels, and there can be some impactful meetings, get togethers, agreements, or negotiations. The Sun in Aries conjoins Mercury, emphasizing action, but also renewal and fresh starts, while the Moon’s sextile to Mercury in Pisces suggests a controlled release, catharsis, perhaps even taking someone into your confidence, or having someone take you into theirs. This could see new insights coming to light. The Moon in Capricorn conjunct Pluto is restrained, measured and careful about what it chooses to reveal, why, and to whom. It enters eccentric Aquarius at 5:55 PM PST, and this lunation can certainly see things get more interesting.

Today see’s Mercury enter Aries in the wee hours, auguring a phase of much more direct, straightforward, perhaps even blunt or impulsive communications, and quite a lot of action, coming and going, and zooming around. This quickens the pace and can see discussions or dialogue initiated that has been simmering under the surface for a while. The Moon in Aquarius is conjunct Venus, Mars, and Saturn, while squaring Uranus and sextile Chiron today. These configurations can see a pleasant, if rather erratic time, and there’s a bit of a rebellious or headstrong energy that can see people letting their pubes just hang out in the breeze or doing something a bit different, but perhaps this was (at least partly) a planned development, with Saturn in the mix. Planned or not, there’s still an element of spontaneity and unconventionality about it, and it can see some enjoyable social or interpersonal experiences that can cement some beneficial, if rather unconventional or highly unusual alliances. With both the Moon and Mars squaring Uranus, there can be a lot happening at once, and the nervous system can be rather revved up. Certain changes can be a source of tension, subtle controversy, or may all just be a bit energetically taxing to cram in or adapt to. People can be unpredictable, but they do have a particular goal in mind, although it's all a bit experimental and there's really no user manual for the situations people may be confronting here. There’s a high mindedness here, and this can see various types of nerds coming together to form strange, freak, nerd alliances or highly unusual understandings or agreements that are unconventional as hell, but such connections are perhaps rather good and even therapeutic and mutually beneficial for one another.

Posted by The Curious Girl at 5:12 AM