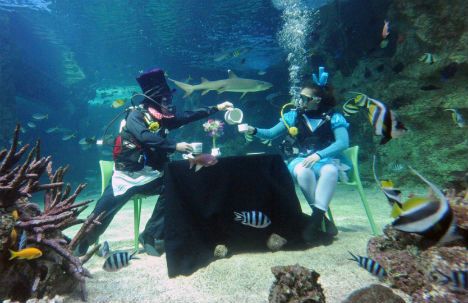 We begin this week with the Moon still in Leo, from over the weekend, opposing Venus in Aquarius, squaring Mars in Taurus, and forming a trine to Jupiter in Sagittarius. This suggests emotional generosity and general good will, even in the face of the considerable tensions of the Venus/Mars square, and the deep sea diving of Mercury retrograde in Pisces giving us all a case of "the bends".

Later on Monday, the Moon forms a trine to Uranus in Taurus before shifting into earthy and practical Virgo at precisely 6:42 PM PST, seeing the evening hours of Monday carry on the tone of good will and generosity, but with a grounded shift towards practicality, health, routines, organization, improving dynamics and taking new emotional approaches. Midst all of this, the Mars/Pluto trine continues to bring forth intense drives and feelings regarding transformations that are ultimately intended to be positive and bring growth. Mercury retrograde in Pisces sextile Pluto suggests there is much to ruminate over, sift through, and digest, when it comes to emotions and communications, and plunging the depths around what have been some highly emotional exchanges.

The Moon’s movement through Virgo will be rather anxious, but also simultaneously grounding and innovating, assisting in an emotional sifting process with a focus on making corrections, improvements, and new, innovative and positive changes. An opposition the Virgo Moon forms to Mercury, the Sun, and Neptune in Pisces can further blur objectivity (perhaps in order to find it?) and can pull us towards strange situations and people, to make sense of our feelings, correct and unravel misunderstandings, or bring stability and structure to what feels nebulous, tenuous, and uncertain. There could be an anxious longing, and a pull between head and heart, logic and emotions, and some self doubt due to feeling unsure of ourselves or others. Finding a balance between the two will be key.

The Moon forming a trine to Saturn, Pluto, and Mars Tuesday evening, can actually help a great deal with feeling more confident about something that’s had us out of our depth. These aspects help to add more sure footedness, stability, single mindedness and determination to get to the point and simplify things, in spite of the rather confusing and nebulous influences in play.  Later in the evening on Tuesday, the Moon forms an inflated square to Jupiter in Sagittarius, an influence that will grow stronger as we head into Wednesday. With the Moon in Virgo, we may blow criticisms out of proportion or overly magnify flaws. A sense of perfectionism or emotional anxiety can feel a bit over the top as the moon grows ever fuller. Fortunately, a simultaneous trine to Saturn can help to stabilize and pinpoint areas where we may need to discipline our own emotional reactions, creating an opportunity to find moderation, emotional stability, and create new neural pathways. Wednesday, March 20th, is Spring Equinox. It is also International Astrology Day. This day see’s the build up to the Full Moon. The Sun enters zero degrees Aries at 2:58 PM PST, and the Moon enters Libra at 6:28 PM PST, to reach full culmination and lunar climax at 6:43 PM PST.
This full Moon is the first of two full moons in Libra, the next being on April 19th. This suggests a great deal is being worked out in partnerships, and it could take some time to get it just right. This full moon  highlights the dichotomy between self and other, and partnerships and seeking harmony and compromise will certainly be under the spotlight.

This full moon also opposes Chiron in Aries, so there are wounds to mend and negotiate around, and considerable courage is required in order to take healing initiatives in the face of vulnerabilities. A trine the full Moon forms to Mars suggests a harmonizing of wills is present, and in spite of potential tensions, differences, and wounds, there is a shared common aim, and a desire to mitigate conflicts.

Venus still in detached and independent Aquarius, squaring Mars however, does make for some challenging interpersonal landscapes that require space and distance at times, to navigate in a way that minimizes misunderstandings and conflicts in the midst of a highly emotional Mercury retrograde. There is a lonliness and distance to these configurations. Venus in Aquarius is preoccupied with basic respect between equals, and distance can exist if that feels lacking. Mars in Taurus wants physical sensuality and can come off as base to Venus in Aquarius, and these polarities can be felt within ourselves as well as in partnerships, making it difficult to reconcile conflicting desires. It is a passionate aspect, but peace can feel difficult to maintain or even achieve at times under such a push/pull configuration.

The Lunar opposition to Chiron however, lingers, and it may take some time, effort, courage, bravery, and teamwork to heal wounds and misunderstandings that have perhaps had a long time to fester and grow, amidst a lot of distance, either physical, emotional, or both.

This is certainly not the most objective time, and there could be the potential for certain lingering animosities with Venus square Mars, but there is also the potential for a lot of passion, even amidst distance, and taking unorthodox approaches to otherwise intimidating (or alienating) circumstances.

A little bit of love, empathy, and understanding can go a long way to untangle deeply embedded and knotty wounds, but someone has to make the first move. With the Sun now in Aries, there will certainly be more initiative, even if such initiative is difficult to take due to latent wounds or insecurities.
The skies suggest there are wounded parties, and a need to seek compromise, soothing, damage control, and retribution, to prevent further pain.

Thursday, March 21st, the Moon in Libra is largely left to her own devices to harmonize and smooth over lingering tensions from weeks prior, initially only forming two minor aspects to Venus and Mars, challenging us to learn from interpersonal conflicts and tensions.

Later, early Thursday evening, a square to Saturn can create some heaviness, or perhaps some feelings of guilt, but also an opportunity for emotional maturity when it comes to our conduct in relationships. Although not the most lighthearted of aspects, it is one that lends emotional resilience amidst adversity or struggle, and an ability to learn from our mistakes.

While there may be some challenges and tensions, there is also the will to surmount them. This square is intensified when the Moon also inevitably squares Pluto, bringing power dynamics in partnerships more sharply into focus. There can be intense emotions, and a need to direct them positively and constructively, rather than destructively, and we are challenged to harmonize and seek compromise amidst powerful emotional undercurrents, doing what is fair and right, as opposed to seeking the upper hand. If there can only be one “winner”, then we all lose.

Later, the Moon forms a helpful trine to Venus in Aquarius, lending harmony and objectivity to potentially tense and heavy feeling dynamics. This makes way for the possibility for otherwise intense and heavy feelings to be discussed in a way that is more objective and detached, and produces positive exchanges, and potentiates healthy transformations of problematic dynamics or emotional landscapes. There could be some inner or outer resistance to grapple with, but a lunar trine to Venus can certainly help smooth the way. 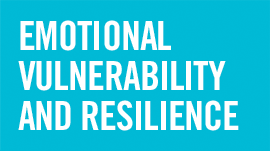 Friday morning, the 22nd,  see’s the Libra Moon form a helpful sextile to Jupiter, adding more generosity, and increasing the harmony of the lunar trine to Venus considerably. The sextile Venus has held to Jupiter has helped to maintain a certain amount of high mindedness, even amidst the tensions created by her square to Mars. This lunar support is much needed, as the Moon in Libra is faced with a lot of challenges, the square to Saturn and Pluto, and an opposition to Uranus in Aries. There are certainly tensions to navigate between self and other, and we are challenged to do so diplomatically.

The Lunar opposition to Uranus can cause a feeling of restlessness, perhaps a need for excitement, or a feeling of being “stir crazy,” and a need for something “different.”  There could be some challenges to communicate our feelings in constructive ways.  Around 7:17 PM Friday evening, the Moon shifts into intense and moody Scorpio, so the restlessness or rebelliousness can intensify or take on deeper or more submerged dimensions before it dissipates.

Saturday see’s the Moon in Scorpio form a harmonious trine to Mercury retrograde and Neptune in Pisces, suggesting that “going deeper” instead of “going crazier” can significantly improve and stabilize dynamics. Much can be shared, and a willingness to be vulnerable and extend compassion and open hearts can make a world of a difference when it comes to navigating this Venus/Mars square and extremely emotional Mercury retrograde. A minor aspect the Moon in Scorpio forms to Chiron later on Saturday evening suggests some sore spots are triggered, but perhaps in such a way as to be able to finally begin to apply a salve.

Late evening, around 11 PM PST Saturday, the Moon naturally makes an inevitable opposition to Mars in Taurus. It will be important to make sure that while hearts are so open and so many feelings are being shared, that defenses are not triggered, that will only lead to conflict.

Managing feelings of anger will be of prime importance here, as the vulnerability on all sides is extremely high. With Mercury retrograde in Pisces, over emotionalism is a constant issue, so in the face of a lunar/Mars opposition, it will be extremely important to do everything we can to deescalate situations when we sense our own or others defenses or hostilities rising, as the mode of conflict while Mars is in Taurus can quickly escalate to the physical.
Fortunately there are other lunar aspects mitigating this one with Mars, but the potential for anger arousal and intense feelings is certainly there.

Sunday the 24th see’s the Moon in Scorpio form a square to Venus, perhaps creating some difficulty expressing feelings in relationships, or an inability to relax and be ourselves around loved ones. The combination of aspects suggests a desire to connect and feel close, but also a desire to avoid conflict or arouse anger. A bit of a feeling of “walking on eggshells” could be subtly present in interpersonal connections.

There is also an ever present desire to smooth this over, stabilize and transform this for the better as well, with the lunar connections to Mercury, Saturn and Pluto, “taming” a beast (or a shrew?) in a sense.

Later on Sunday afternoon, the Moon in late Scorpio forms a trine to Chiron, suggesting some healing magic is certainly working, even if the process has been painful and difficult. In the late hours of Sunday evening, around 11:06 PM PST, the Moon shifts into optimistic Sagittarius, and the energy will shift considerably with it. Although tensions and sensitivities are still present, there is an optimism and emotional generosity, and a growing determination to take brave initiatives to resolve things settling in.
With Venus heading towards the final degree of Aquarius to head into Pisces next week, she will soon be out of tension with Mars, and will be feeling much more at home in her sign of exaltation.

Thanks for stopping by! I hope you all have a great week. See you next Monday.