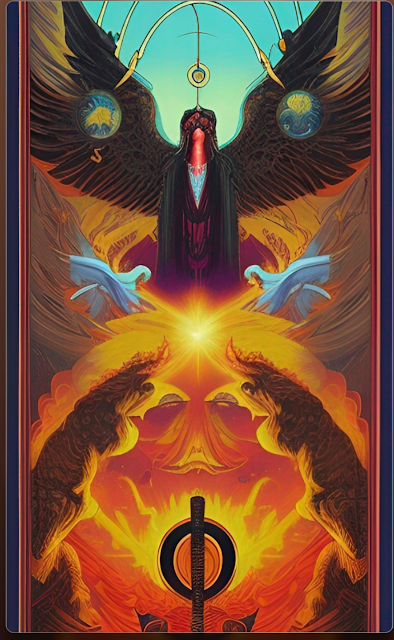 The week begins with good intentions, but a Mercury/Mars opposition that perfects on Tuesday suggests that there may be a bit of tension to navigate this week around entering new territory and breaking free of any undermining and swampy influences. Today see’s the Moon in Aquarius sextile Mercury and Venus while trine Mars, conjunct Saturn and square Uranus. This can see a concerted effort to break new ground, make new contacts, reach new agreements, or get certain talks or negotiations on the table. There may be some extra responsibilities to deal with, but there might also be some pleasant surprises that factor into the day. Mercury trine Chiron, sextile Saturn and square Neptune (which stations direct at the end of the week) suggests this week there is a push towards more clarity and confidence, with an emphasis on finding solutions.

The Moon in late Aquarius is conjunct Saturn, while the Mercury/Mars opposition perfects at 19 degrees. This configuration can be a bit frayed around the edges. However, Mercury sextile Saturn and conjunct Venus can see a good sense of timing and lends some diplomacy to any talks or negotiations that require it. The square Mercury makes to Neptune mirrors that of Mars, both of which illustrate a desire to overcome confusion, weakness, and get into a stronger position, with an eye on long term stability, with positive aspects to Saturn. There may be some reality checks to navigate, and at times, it may be harder to focus amidst loose ends or things that still haven’t been completed. Simplify things where you can. The Moon enters Pisces at 4:15 PM PST, squaring the Sun in Sagittarius. This can see a focus on a myriad of possibilities.

The Moon in Pisces squares the Sun, Venus and Mercury in Sagittarius, while also squaring Mars Rx in Gemini, while sextile Uranus. This can see new territory opening up via talks, negotiations, and plans. With Mercury, Venus and Mars all in harmonious aspect to Saturn, there is an eye here on the longterm, and this can highlight partnerships or a team effort of sorts, and trying to work out who and/or what is workable. With the Moon in Pisces sextile Uranus, there’s a certain surrender to change, and a semisquare to Pluto can see some sensitivity to power dynamics early on. There can be some uncertainty but also excitement around potential new partnerships or agreements, but much has been learned through past mistakes or fumbles, so there’s a benefit to having the wisdom of time and experience. The evening see’s a lot to reflect on as new possibilities are opening up, and what is unworkable can be replaced with something more situationally appropriate.

The Moon in Pisces is conjunct Neptune and Jupiter, while sextile Pluto and square Mercury, Venus and Mars this morning. Venus opposite Mars is a growth oriented aspect that can see opportunities to blend, fuse and integrate complimentary but opposite energies to form a more stable foundation. There can be optimism around changes being made, and around the new possibilities and opportunities this opens up, but changes require effort. There is a lot of compassion and idealism in today’s mathscape, and Mercury, Venus and Mars linking up to Saturn keeps people’s feet on the ground, which is important amidst all of the woo and romantic idealism. There’s a lot of generosity here, and intuition can be high. A lunar trine to Pallas suggests forming a strategy for going forward. The Moon enters dynamic Aries at 8:41 PM PST, seeing a shift from reflecting on what’s possible, to a more action oriented and explorative frame.

The Moon in Aries is conjunct Chiron and trine the Sun in Sagittarius. There can be optimism around efforts surrounding healing and renewal, as well as talks or negotiations opening up. There can be a desire here to explore new avenues and see what’s possible, testing the bounds of certain situations or dynamics. Neptune stations direct tomorrow, while the Mars trine to Saturn is gaining the upper hand in strength over the Mars/Neptune square, suggesting things are getting a bit closer to clarity. The Full Moon in Gemini next Wednesday will represent a sort of climactic point around processes unfolding now, where the beginning stages of a new way forward can begin to be explored. There will be starts and stops, reevaluations, adjustments, renegotiations, and a bit of trial and error, as we kick off 2023 with a Mercury retrograde in the sign of Capricorn, but the fruits of these processes, negotiations, and agreements can begin to show themselves as early as March and certainly by the New Moon in Gemini next June.

Today see’s a beautiful signature, with the Moon in Aries conjunct Chiron while trine Mercury, Venus  and Hygeia, and sextile Mars and Saturn. A lunar square to Pluto and Pallas is determined to transform things for the better, and this can see some intensity under the surface of things. The Sagittarius stellium see’s a strong desire for growth, healing, expansion, and exploration, and to rise above previous limitations or negative influences. Beneficial partnerships or agreements can be highlighted. The lunar trine to Mercury and Venus can see good news or friendly communications. Neptune stations direct at 4:15 PM PST. The Moon squaring Pluto grows stronger by evening and this can see a lot of passion, intensity, strong feelings and momentum behind things.

The Moon enters slow and sensual Taurus at 3:38 AM PST, to conjoin Uranus and sesquisquare Venus. With Mars no longer square Neptune, and Neptune resuming forward motion while Mars holds down a stable trine to Saturn, there’s an emphasis here on finding our footing amidst an explorative voyage. Venus conjunct Mercury while squaring Jupiter and Neptune can see a dreaminess and pleasure seeking escapism tinged with magical thinking, while the Moon in Taurus encourages us to keep our feet on tera firma, stop and smell the flowers, in order to get some perspective on progress made thus far, as well as preparing for what lies ahead. Monday kicks off on a practical note that can see new responsibilities taken on or a need to be resilient and stay on top of progress so that it continues. This math encourages staying determined and consistent, while also being flexible and adaptable to changes.

Posted by The Curious Girl at 8:15 PM