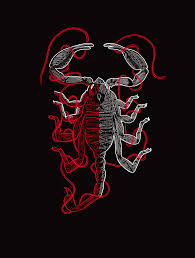 In the wee AM hours, the Moon is in the anaretic degree of Cancer conjunct Lilith and opposite Pluto. This highlights a liberation process and a transformation at a structural level that will increase long term security. The Moon enters Leo at 4:48 AM PST. Venus will enter Sagittarius tomorrow evening, followed by Mercury on Thursday. This can see the intensity of certain changes slowly but surely put behind us, and although certain processes are still very much underway, the impact of certain decisions can have a freeing effect and there can be more optimism. Mars at an awkward angle to Neptune all week can see a mire to sort out in order for things to become more consolidated. This can create confusion around options or even interactions, so it’s important to get the facts, and not just operate purely on hearsay, assumption, illusion, or misinformation. The Moon in Leo makes a trine to Chiron, hilighting a restoration of faith and a morale boost, as Venus enters the final degree of Scorpio tomorrow, signifying a final push towards release from intensive circumstances that have required deep transformations and overhauls financially, materially, socially, interpersonally, and at the level of somatic reality. Things can be looking up and there is more possibility. More change is on the way. Tomorrow can be a bit of a crunch point.

The Moon in Leo is square Uranus and opposite Saturn while trine Chiron and Hygeia. This see’s an emphasis on facilitating healing. This morning the Moon makes a sesquisquare to Jupiter, which can see a lot going on all at once and a need to act quickly. There can be a lot overlapping right now and today can be a bit of an obstacle course. The lunar opposition to Saturn highlights responsibilities and duty, while the lunar square to Uranus can feel a bit chaotic but also represents some breakthrough points. The Mars/Neptune angle can see some delays, confusion, or misunderstandings this week, making clarity (and clear communication) imperative. Things can feel a bit pressed today, but it’s ultimately all for a good cause. There may be a need to cut back on certain commitments or reschedule in order to handle certain unavoidable tasks and get them out of the way, or there may be a need to accommodate spontaneous things that come up. These configurations see a need for adaptability, as various clashes of desires or schedules are negotiated. Venus in anaretic degree of Scorpio in trine to Jupiter suggests a positive, regenerative expansion and revision, but today can see a bit of a push over a hill. Venus enters Sagittarius at 10:09 PM PST this evening, and there can be a feeling of optimism around new strategies being set in place. A target has been reached, and now a new one is over the horizon.

The Moon in Leo sextile’s Mars this morning, seeing more self assurance as certain things have been successfully checked off a to do list. Eclipse season may have brought with it some reality checks, and although harsh at times, it phased out what wasn't working so that it could be replaced with something much more fruitful and suitable. The day get’s off to a motivated start. The Moon squares the Sun, Mercury and Venus, seeing some indecision, or a sense that we’re still navigating a sort of “in between” stage, with some loose ends dangling. Lunar quincunxes to Jupiter and Pluto can see an excessive preoccupation with something, or a tendency to overdo things. There can be an eagerness to get something over with in order to be free of it, but try not to rush things, as it could increase the potential to make mistakes or overlook important details. The Moon enters Virgo at 5:04 PM PST (speaking of details), where it tightens squares to Mercury and Venus. This can see some beneficial deals or agreements struck. As long as a sense of realism is maintained, certain hopes and goals are realizable. These configurations can also facilitate some frank and open discussions.

Mercury enters Sagittarius at 12:42 AM PST, where it joins Venus. This see’s an expansive cycle focused on exploration, curiosity, and entering new terrain. There can be a feeling of shaking free of things that have been an impediment to growth and expansion. As Saturn has since released it’s awkward angle to Uranus, it strengthens a helpful trine to Mars, suggesting a simplification process that’s been underway is gaining more traction and stability. This can lighten things up considerably. Mars is still squaring Neptune, so there are still certain things dissolving so that new structures can be implemented and set into place. Because of this, things are still a bit loopy, but getting easier as time goes on. The Moon is trine Uranus today, and this influence grows stronger as the day progresses. This can see more room to innovate and generate new ideas. The Moon in Virgo is keen to organize new systems and settle in to a new way of doing things. The Moon goes on to oppose Neptune, emphasizing the Mars/Neptune square. Tomorrow can see a productive push to get certain things sorted, tie up loose ends, and to shake off the last bits of deadweight before a more streamlined approach can be adopted and settled into that also opens up horizons.

The Moon in Virgo opposes Neptune and squares Mars, emphasizing the Mars/Neptune square. Mars Rx has been in a process of reevaluation and streamlining, and this has seen a phasing out and recalibration process. The Moon is also trine Uranus and Pluto, while opposite Jupiter this morning, seeing a push towards change and regenerative efforts. The Moon sextile the Sun in Scorpio see’s an opportunity to sort things out favorably and eliminate any further impediments to progress. Today would be an excellent day to wrap certain things up that have been dangling, as the Moon square Mars can generate a lot of energy that can easily become irritation if not put to functional use. Ideals can be high, and there can be a feeling of increased possibilities over the horizon, (once certain loose ends are tied up of course). The lunar trine to Pluto is able to rise to challenges and is eager to wrap something up and throw itself more wholeheartedly into new strategies and endeavors. Things can become more balanced and harmonious soon.

The Moon enters cooperative Libra at 2:58 AM PST, making a sextile to Mercury and Venus, which can see opportunities to express thoughts and feelings, and create harmony, balance and cooperation. This can see pleasant opportunities to socialize, and this can be promising interpersonally, financially, or commercially. As the day wears on into evening, there can be psychic sensitivity or vulnerability with the Moon opposite Chiron and quincunx Juno. There’s a need here to strike a balance between looking after our own needs and those of others. Know where your limits are. The Sun in Scorpio trine Jupiter in Pisces can see a lot of good will circulating, but is also activating some deeper needs and feelings, and bringing them to the surface. This also highlights energetic exchanges with others, and something particularly close to the heart. There can be a deep desire to get on the same page with certain others, or to actualize certain dreams, and to overcome blockages or inhibitions around doing so.

The Moon in Libra makes an assertive and motivating trine to Mars Rx in Gemini and Saturn in Aquarius. This can see a desire to stabilize weak foundations and consolidate. This can regard social or interpersonal exchanges, or collaborative efforts and teamwork. It can feel good to stabilize and bring more balance to things. This can see more courage to take initiative socially or interpersonally, and there can also be some excitement around things being more streamlined. Sweeping changes or drastic simplification processes can free up energy, times, and resources for other things. Constructive cooperations can be reached, and the impact of this can all really be felt next week at the New Moon in Sagittarius, where the ruler of Sagittarius, Jupiter, stations direct, signifying a successful recalibration. Communication may still need to be strengthened (Mars Rx in Gemini), but plans for exploration or expansion can begin to feel possible once again.