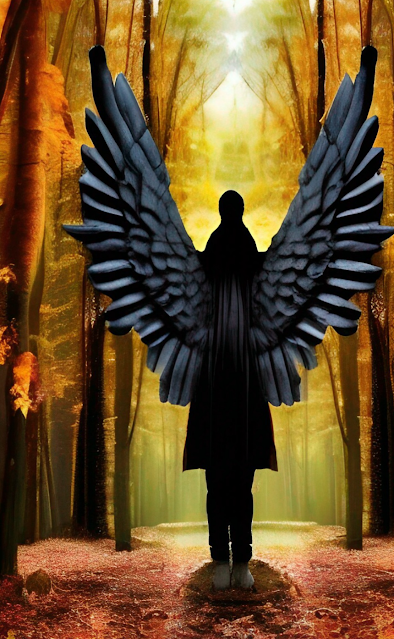 The early morning hours see’s the Moon in the critical degree of Libra quincunx Jupiter and square Pluto, suggesting a bit of a cram session. The Moon enters Scorpio at 9:16 AM PST, seeing a major push to clear the decks. The Sun at the anaretic degree of Scorpio trine Jupiter Rx in Pisces indicates a transformation with a target in sight. The area of your chart ruled by Pisces see’s a clearing out, release, and restoration of faith, while the area ruled by Aries prepares for a new, more positive era. Mercury conjunct Venus can see honest conversations, encouraging news, genuine excitement, and enthusiastic plans being put into motion. Mars trine Saturn this week creates stability amidst the dissolution and confusion created by the Mars/ Neptune square. The Moon in Scorpio opposes Uranus this evening, seeing sweeping changes around the corner as certain chapters are dissolved.

The Sun makes it’s annual ingress into adventurous Sagittarius at 12:20 AM PST, shifting the focus on to new horizons. The Moon in Scorpio is trine Neptune and Juno, square Saturn while opposite Uranus. This places a focus on dreams and ideals, and while certain things have been in a process of dissolution, the Moon square Saturn and opposite Uranus exhibits resilience and determination to push through to facilitate certain breakthroughs. There’s an element of experimentation and calculated risk taking here, along with psychic sensitivity, and although there is a pairing back, important dreams and ideals have been preserved and are quietly gestating. There can be support in the background, as well as secret longings. As the day wears on into evening, a lunar quincunx to Mars can see some nervous tension, and possible irritability. There can be a need here to slow down and pace yourself, and try not to overwhelm yourself by taking on too much all at once.

The Moon in Scorpio makes beautiful trines to both Jupiter and Neptune, while building a cooperative sextile to transformative Pluto. This can see a lot of generosity, faith and good will in the air, and it can be easier to feel a sense of gratitude and hopefulness. There can be things going on that can really boost morale and stimulate hopes, dreams and ideals. The Moon enters optimistic Sagittarius at 12:16 PM PST, while the New Moon perfects at 2:57 PM PST at 1 degree Sagittarius, weakly conjunct both Mercury and Venus, (which strengthens as the day progresses) while making an out of sign trine to Jupiter, which stations direct at 3:02 PM PST. This can see faith and optimism renewed, and there can be a subtle feeling of divine providence and even forgiveness, or a sort of "cosmic religious feeling" in the air.  This decan of Sagittarius is one of speed, and is associated with the 8 of wands in the tarot. A card of passionate communications, or "arrows of love", enthusiasm, passion and excitement. A vision emerges here, there is a target identified, and the spirit is compelled to remove all obstacles and align the will with this quest. This can indicate physical movement or travel, but the movement indicated can just as easily be mental or spiritual. This can see tidings of good will, and opportunities to gather or celebrate can present themselves. A meaningful quest is indicated by the New Moon in this face of Sagittarius. There is an infectious enthusiasm here, and as Jupiter stations direct in Pisces, hope and faith can feel restored. Due to the speed at which this decan operates, discernment is also important, as along with ardor and enthusiasm, this decan is also conversely associated with plague and vice, -meaning that if one hasn’t mastered the task of commanding one’s own will, body, mind, and spirit-something or someone else will command it for you. Aside from this one warning, this New Moon is extremely positive.

The Moon in Sagittarius is conjunct Mercury and Venus, seeing pleasant communications, and good news or opportunities can be presented that can boost morale and widen horizons. There is gratitude, open mindedness, forgiveness and abundance in the atmosphere. Jupiter, ruler of Sagittarius, and the original ruler of Pisces prior to Neptune’s discovery, now being direct at 28 degrees Pisces, can be seen as an auspicious omen. Something has been learned through experience here, but it still remains important to avoid being mislead on the quest for a dream or ideal. Focus and discernment remain important. The Moon goes on to oppose Mars in Gemini, while quincunx Uranus and sextile Saturn, which may see some clashes of will or agendas and a need to find compromise, make adjustments, corrections, apologies, amends, or accommodate last minute changes of plan, (or simply stay focused in spite of spontaneous happenings or perhaps last minute invitations or deviations.) It’s possible to strike a balance where everyone is happy, as Venus conjunct Mercury is very conciliatory and harmonizing. There is a lot of good will and understanding in the atmosphere. The Moon squares Neptune later while sextile Saturn, seeing a need to disperse confusion and create clarity.

The early morning see’s the Moon in the later degrees of Sagittarius squaring Jupiter and Neptune and then going void of course at 11:22 AM PST. It’s a bit of a lackadaisical, easy going hangover vibe as the excesses of yesterday are still metabolizing, so the day get’s off to a loopy, relaxed, but spiritually buoyant start. The Moon heads into sober Capricorn at 1:18 PM PST, which can see some positive innovation. The goat lunation aims to bring things back down to earth and under command, to sort what dreams are feasible and realizable from what is excessive, delusional or simply unsustainable. For many, people are simply sweeping up after celebrations or holiday gatherings. There is still a feeling of having much to look forward to, but the Capricorn lunation prompts people to put their money where their mouth is, grounding things back to reality, and gearing up for some necessary, but perhaps exciting changes.

The Moon in Capricorn is trine Uranus and the North Node while squaring Chiron today, which may see some feeling a bit caught off guard by unexpected, but fated opportunities, or simply feeling a bit vulnerable in the face of necessary shifts. It’s nonetheless exciting in many ways, as a new chapter is unfolding that will put certain endeavors or dreams on to a much stronger foundation. The Moon goes on to conjoin Pluto and sextile Neptune, indicating a certain inevitability, and in many ways, certain dreams are on their way to being actualized. Today can see some adjustments being made, and there may be a need for some perseverance, but these maths indicate a push towards some big transformations. There can be some low key intensity and excitement crackling away under the surface, as the changes being made, and that have been made the past few weeks are indicative of significant upgrades and an overall improvement of circumstances.

There can be a grounded optimism in the air this morning as the Moon in late Capricorn is conjunct Pluto and sextile Jupiter in Pisces. There can be a feeling of accomplishment and even achievement, as well as a hopefulness about the future. The Moon goes void of course at 12:11 PM PST, seeing a reflective and thoughtful digestion of the events of the week and even the previous months. It can be nice to take a moment to see how much ground you’ve covered and how far you’ve come. The Moon enters future oriented Aquarius at 2:07 PM PST, sextile the Sun in Sagittarius, seeing an eye on the horizon and the possibilities in the weeks and months ahead. This can see the remainder of Sunday focused on preparation and getting into alignment with our vision. With Mercury and Venus conjunct one another and opposite Mars, this can see certain negotiation processes underway, and figuring out who and what will work with you and how, and assessing what is and what is not possible, and preparing and planning accordingly. The Sun, Mercury, and Venus all trine Chiron accentuates healing discussions and boosts to morale and optimism. It can be easier to look on the bright side of things, count your blessings, and remain solution oriented. Next week begins on a driven, enthusiastic, determined, and forward focused note.