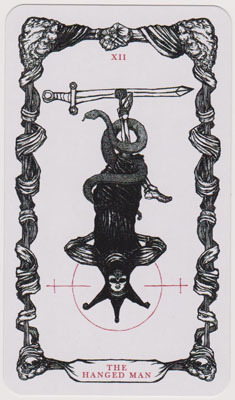 We kick off this week with the Moon in Leo, opposite both Venus and Mars, square Uranus, and trine Chiron. This highlights both Venus and Mars recently squaring up to Uranus, suggesting there may be restlessness or subtle tensions or ongoing change to navigate, socially, interpersonally or financially. There’s an emphasis here on breaking free from stifling influences and shaking off anything that’s been keeping us stuck in a rut. With Venus and Mars both square Uranus, there could be a need for more freedom and room to experiment in relationships and social situations, and a desire to see progress, change, or excitement. These configurations can highlight the differences between ourselves and others, and is rather contradictory considering Mars and Venus being so close together. There can be an unspoken solidarity in some regards, where certain folks are strangely united by their own otherwise alienating quirks or eccentricities. The Moon goes on to oppose Saturn as well, which can feel a bit inhibiting when it comes to expressing how we feel. Socially, interpersonally, financially and creatively, the atmosphere can feel a bit unpredictable, and the Moon opposite Saturn in the mix can feel a bit alienating and have some of us feeling “too weird to live and too rare to die” as Hunter S. Thompson put it. Moon opposition Saturn can feel a bit lonely or isolating, even if you’re in a room full of people.  We build up to a Full Moon in Virgo that occurs on Friday, so it’s a good week for purification and efforts towards making improvements in our lives anywhere we know we’ve been slipping and would like to see progress. A week that personifies the Serenity Prayer.

Today further emphasizes the Moon/Saturn opposition, which can make us feel a bit cut off from others or make it difficult to express ourselves or how we feel. There’s a need to get on with things in stoic Saturn fashion, but the Moon opposite Saturn can see some challenges or blockages, whether externally or internally generated, that could have us feeling self contained or like “a man in a box.” Mercury sextile to Uranus while conjunct Jupiter can see us picking up all sorts of nuance and subtlety from the atmosphere, and we might even desire to express something. The inner emotional and psychic landscape may be rich, but for one reason or another, there could be inhibition or blockages, particularly around expressing the feelings, or expressing ourselves, period. Nevertheless, with Mercury sextile Uranus and conjunct Jupiter, there is a lot of insight available, and the inner landscape can be rich, with much to mull over and sift through. The Moon enters Virgo at 9:59 PM PST, emphasizing healing, purification, and self improvement-but also acceptance over that which we cannot change.

Today see’s the Moon in Virgo trine Uranus while opposite Mercury and Jupiter, and there may be a lot of high ideals and aspirations. The lunar trine to Uranus is forward looking and future oriented, and attempts to bring organization and form to chaos and formlessness. With the Moon opposite Mercury and Jupiter in sensitive Pisces, there can be a feeling of a void, or an emphasis on release of that which we have no control over, acceptance of things we can't do anything about. There can also be a desire to bring healing and reform, both psychologically, spiritually, and physically, to improve our approach to certain matters. The Moon is also sextile the healing asteroid Hygeia, which further emphasizes this trend of healing, self improvement, release and acceptance. The Moon’s opposition to Mercury and Jupiter can be deeply philosophical and spiritual, as well as highly sensitive. With so many planets in contact to Uranus, there is a strong emphasis on reform, change, and a desire for progress, authenticity, freedom, evolution, and liberation. There can be internal struggles with self doubt, and certain attachments to comfort zones which have outworn their benefit, but the Full Moon on Friday can help in establishing new neural pathways, assisting with motivation and drive to make any necessary transformations.

The Moon in Virgo is opposite the Sun, Jupiter, and Neptune in Pisces, and this can see a bit of wistfulness, and in some cases, anxiousness over unknowns. A quincunx to Saturn can also make us cautious about trying new things, and is pretty risk averse, but it’s also a quiet call back to reality and realism. There's a need here to accept and release. Striking a better balance between duty and relaxation can also be a theme under these configurations for many. It might be wise today not to overcommit or overpromise. In either case, the days configurations call for a need to find a balance as the Moon is on it’s way to peak fullness. These are interesting configurations, with a strong emphasis on health, healing, and reform, that come up against strong unconscious or collective pulls towards escapism, depressive cycles of Samsara, disintegration, and downward spirals. It’s interesting to see, with the Moon in purifying Virgo opposite all the Pisces planets, while Venus and Mars in progressive, cerebral Aquarius square up to Uranus, and sextile the wounded healer Chiron, -all on a holiday that tends to culturally glorify and celebrate unrestrained alcohol benders. It’s humorous and poignant really, the way these maths seem to throw the tradition of poisoning oneself into question. Libations aside, some may encounter internal battles between a desire to reform self sabotaging patterns v.s sticking with a particular comfort zone, wheel of samsara, or some other self defeating pattern that they’ve settled into, -even though it only produces misery. Others may encounter external pressure (peer pressure and the like). To those of you actually embarking on any sort of healing or recovery journey, (which can encompass literally anything) I wish you fortitude and strength in releasing any self sabotage and physical and spiritual clutter from your life.

The Full Moon in Virgo peaks at 12:18 AM PST, trine Pluto in Capricorn, opposite the Sun and Neptune in Pisces and making minor tense aspects to both Venus and Uranus. This has change, transformation, and reform written all over it. For some, there may be an internal battle of wills going on. The lunar trine to Pluto is powerful and up to a challenge. Regardless of what your personal story is, this Full Moon highlights a need to get something back into balance and on an improved, and more efficient trajectory.  It’s possible that relationships or other people function wittingly or unwittingly as catalysts of change, but this Full Moon emphasizes healing, cleansing, self improvement, purification, organization, and transformation. The Moon slips into partnership oriented Libra at 4:26 AM PST, to trine both Venus and Mars, while opposing Chiron. There’s an element of vulnerability here, but there’s also a lot of drive, passion, and motivation. There can be new cylinders firing, and we can feel simultaneously inspired and intimidated.

Today see’s the Moon in harmony seeking Libra trine Venus, Mars and Saturn, (along with the asteroid Juno), while opposite Chiron. This can see a desire to get on the same page with others somehow, and for some this can involve building a solid bridge between ourselves and others, or making serious commitments socially, financially, creatively, or interpersonally. This can involve a goal that’s important to us. All these air placements along with the involvement of Saturn can see a sort of cool detachment or cerebral approach to relationships, but there’s a passion and sincerity and humanitarianism here that can really bring out people’s desire to do ourselves and others justice. Huge emphasis here on personal growth, humanitarianism and reform, and a desire to build firm foundations. A lunar quincunx to Neptune can see a tendency to be a martyr, so take care that you’re acknowledging your own real needs and true feelings, as being overly people pleasing in order to be perceived in a particular way by certain others can have a way of coming back to bite people who have been overly self sacrificing. So just make sure you’re honoring your authentic self and doing what you really want.

Today see’s the Sun’s annual ingress into Aries at 8:33 AM PST, followed by the Moon entering intense Scorpio at 8:45 AM PST. Happy birthday Aries! Today is also International Astrology Day. This is a relatively passionate and spicy mathscape, with the Moon squaring intense Pluto early on, while making some tense minor aspects to Mercury and Jupiter, and then going on to square Mars while opposing Uranus. Probably a good idea to have a physical or creative outlet at some point today. There can be intense feelings under the surface. There could be some restlessness, perhaps a bit of a pent up energy building up here that can see people wrestling with conflicting feelings. An emotionally changeable day. It’s possible we aren’t completely on the same page as certain others in particular regards or maybe there are certain things being stuffed down or repressed. Tomorrow can see a lot of compassion, sensitivity, and quiet understanding in the face of differences, blockages, challenges or frustrations.