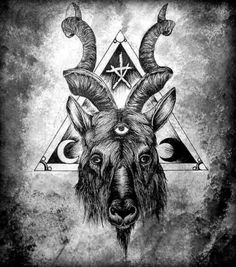 MONDAY DEC 16.
This week starts off with the Moon in enthusiastic Leo, trine the Sun in adventurous Sagittarius, and slowly coming out of a somewhat frustrating but energizing/catalyzing square to Mars. Mercury forms a loopy square to imaginative Neptune, which can have us feeling a bit out of it and make it a bit harder to concentrate, but can be great for creativity. (Not so great for concentration or punctuality.) With Saturn forming positive aspects to both Venus in serious Capricorn and Mars in obsessed Scorpio of late, things call for a lot of patience and restraint on the interpersonal and financial fronts, and in regards to new initiatives, but there’s a lot of stability available in whatever initiatives or plans that we do have, personally or otherwise. There can be an inhibiting theme of restraint to these aspects. There’s a lot of changes unfolding now with Jupiter’s trine to Uranus having perfected over the weekend, and a lot to adjust to. Later, the Moon in late Leo trines Jupiter and Uranus as well, and then heads into anxious Virgo around 11:15 PM PST. This places the focus more on the many practical details around said changes, and can see us thinking about how we can improve, tweak, perfect, or upgrade things, or sort out niggling details or loose ends-possibly around interpersonal dynamics. There can be a nervous excitement or anxiousness to the late evening and wee hours that can feel anticipatory or see us sensitive and attentive to details.

TUESDAY DEC 17.
Today see’s the Moon in Virgo still in trine to both Jupiter in Capricorn and Uranus in Taurus, throwing in an opposition to Neptune in Pisces and  a square to Mercury in Sagittarius. This can see us prone to worry, overexcitement, and overthinking every little thing, particularly in regards to communications, and just..in general. But it can also see us trying to change some dynamics and get more out of our comfort zones around certain things that have maybe felt “stuck”. So much is changing and altering in large and subtle ways that there is a lot of adaptation and adjustments required, in the real, practical realms as well as interpersonally, and just energetically, in general. It can take a bit for everything and everyone to catch up to this “new download”. It’s massive. With so much emphasis on earth right now, this is a slow, plodding, determined energy, and the changes being instigated can take some time to set in, but they are surprisingly stable. The lunar/Mercury/Neptune aspects can see our nervous systems a bit jangled as we try to check the validity of some of our optimism. Some things can feel too good to be true and have us rubbing our eyes in disbelief. Venus in late Capricorn begins a square to Uranus today that can add significantly to our restlessness, and also see people breaking away from anyone or anything we feel is stifling our freedom in anyway, particularly interpersonally. There may be some awkward dynamics to navigate as the rest of the world catches up to whatever our personal truth is. Whatever it is, we’re pretty determined around it, and won’t take kindly to interference. Overall, we are restless to actualize the changes that have thus far taken place mostly internally. But as the Sun and Venus gear up to change sign, there will be breaks for freedom, and these changes will manifest in the practical realm that can be touched and felt. It’s clear in the math that not everyone is going to be 100 percent stoked about it, and there could be some tension or hurt feelings to mitigate. A grounding lunar trine to Saturn this eve can see us determined to stay our course, stand our ground, and manage any discrepancies that come up with a singleminded determination, (even if it’s hard to focus.)

WEDNSDAY DEC 18.
Today see’s the Moon in Virgo still opposed Neptune, but trine Venus, Saturn, and Pluto in Capricorn, and sextile Mars in Scorpio. This is some dank energy my dudes, certain goals could be so close we can taste them. This math could see some positive developments interpersonally, as low key, beneficial alliances that have a highly unusual, spiritual, creative, artistic, or “otherworldly” component to them begin to come more into alignment. This is some really dope looking math, I don’t know what’s going on right now, but I’m writing this on Monday from the past so I’ll have to see what Wed is like when I get there, but it looks siiiick. There’s still a lunar square to the Sun so we could still be feeling slightly out of step and have a hard time trusting our feelings or experiences, but this looks real AF whatever it is. It could be surprising, or some sort of major stride is made around something that’s requiring a lot of patience, or some sort of sign our patience, restraint, hard work, discipline, diligence, or efforts around something is not completely in vain. We could be laying the groundwork and perfecting some details in effecting some major transformations, and there could even be a sort of “investigative” quality to these maths, or some surprising feelings or happenings could surface. It’s not all perfect or easy however, as the moon heads into the later degrees of Virgo and begins an opposition to Chiron in Aries, there are signs that some feelings could get hurt, and some people could be feeling pretty sensitive around something, but with Pluto involved, we somehow know this is inevitable and unavoidable. As they say, ya gotta feel it to heal it. A late night lunar square to Jupiter can have us assimilating a lot.

THURSDAY DEC 19.
Today see’s the Moon in partnership oriented Libra, coming out of a trine to Venus in the final, most impatient/urgent degree of Capricorn, and building another one when Venus enters Aquarius- which could see a decisive, interpersonal/energetic tipping point towards more independence.  A breaking away from something to go on to something else could be occurring. A lunar square to Jupiter could see us take the path of least resistance and go with what truly makes us feel good and leads to personal growth and expansion, but an opposition to Chiron suggests whatever this is may not necessarily be “orthodox” or live up to the expectations of certain others in some way. It’s perhaps the case that other people are sensitive to our every decision and movement. It’s seemingly inevitable that some people might have some hurt feelings, insecurity, sensitivity, or disappointment under these aspects, but overall, these are some otherwise positive configurations that confer long term stability and growth. Venus enters unconventional Aquarius at 10:42 PM PST this evening, auguring a Venus cycle that emphasizes more independence, experimentation, mental stimulation, friendship, and freedom from constraints. Aquarius is the sapiosexual and free radical of the zodiac, so Venus here is less rooted in the sensual and purely physical, and wants to be engaged intellectually through shared interests or common causes. Friendship is very important to Venus in Aquarius, (and in general, is the foundation of any healthy interaction.) This can signify a time of solidarity through radical change.

FRIDAY DEC 20.
The weekend begins on an…interesting note. With the Moon in Libra forming a sextile to Mercury in Sagittarius, we could receive some positive news, or there’s an opportunity for more honest, open communication. Head and heart are in alignment, and it’s easier to express our thoughts and feelings. However, lunar squares to Saturn in Pluto suggest we are still holding back  quite a lot. Perhaps it’s a case of being diplomatic, perhaps it’s a matter of timing. But in either case, there’s a dipping of the toe into a stream of more dialogue. The lunar links to Saturn and Pluto suggest an underlying intensity beneath an otherwise pleasant, light, congenial, and diplomatic atmosphere. There’s also something “low key” about it all. A lot of stuffed down, intense feelings or urges concealed by a detached, diplomatic veneer. Saturn lends resilience and restraint. In either case, much is being held back, but it appears the waters are being tested.
It could be we don’t want to overwhelm ourselves or someone else by being too fucking weird. “Don’t make this weird don’t make this weird.” idk. Maybe just go ahead and make it weird.

SATURDAY DEC 21.
Happy Winter Solstice. This morning begins with the Moon in deep, probing, heavy breathing Scorpio, forming an opposition to Uranus in Taurus, a sextile to Jupiter in Capricorn, and a square to Venus in Aquarius. With Venus and Uranus also squaring up, this could see some freak moves, breaks for freedom, and moulds being broken, in the name of personal growth. With the Sun at the final, most urgent degree of adventurous Sagittarius, heading into conjunction with Jupiter in Capricorn, we now prepare to climb the mountain to retrieve the arrow we shot some time back and bring our visions down to earth in the real, practical realm. With the Moon opposition Uranus, there can be a whole lot of changeable emotions going on within us today, and they can oscillate from one extreme to another. But lunar trine to the North node suggests that there is something “fated” going on here, and following our heart is putting us in alignment with our destiny somehow. We are being “called home”, (whatever that means for you. So, whatever makes you feel safe, rooted, nurtured, secure, accepted, understood at a soul level, ..you know...comfy AF.) This nodal axis is all about soul family/soul nourishment/roots/foundations (Cancer/Moon/4th house)and higher calling/mastery/achievement/maturity/wisdom/leveling up/Tegrity(TM) (Capricorn/Saturn/10th house.) There could be some inner conflict around certain things, but if anything, the Moon in Scorpio opposite Uranus is certainly… adaptable. There could be some conflicts between heart and mind to wrestle out. The Sun enters practical Capricorn a little after 8 PM PST to trine Jupiter and lift the spirits, creating a feeling of resolve. A lunar trine to Neptune this evening suggests feelings of relief, or emotional release, as if we get some sense of “permission” from the universe to feel ok about our own positive feelings or whatever we feel some resolve around.

SUNDAY DEC 22.
This morning begins with a passionate, energizing lunar conjunction to Mars with a trine to Neptune. We could be feeling an inner excitement growing and there’s a lot of idealism packed in. Simultaneously, there is an opportunity to release any negative emotions or self judgements we have around whatever we’re feeling about the paths we are embarking upon now. This is an oddly reflective, stabilizing, energizing, dreamy, impassioned end to the weekend. These particular maths speak to me of reaching a state of inner resolve and inner peace about things. Lunar sextiles to both Saturn and Pluto in Capricorn add a feeling of resolution, some kind of inner confirmation that yes, we are in fact, doing the correct thing and we are on our path. It’s ok. Everything is ok. It’s ok to feel ok. With Venus in square to Uranus and in sextile to Chiron in Aries, whatever acts of liberation we’re taking for ourselves have a healing component. Not only is it good for us, it’s good for others as well. Even if there’s some internal or external resistance to these changes, this is clearly an extremely positive thing for everyone involved. Today can assist in releasing any self condemnation, judgment, or self criticism we may feel around following our own dreams, passions, and paths to growth and personal fulfillment. Release negativity. Release shame or self judgement. Embrace what connects you to joy. Follow your own inner shadow processes, resolve inner conflict, and make peace with yourself so that you can create the reality you want to experience.

Thanks for reading. Stay curious my friends! See you all next Monday.

Posted by The Curious Girl at 3:22 PM