We have quite an eventful week in store astrologically. We begin the week with the Moon still in Aquarius from over the weekend, where it formed a conjunction to Venus which just moved into Aquarius.  Zooming into Monday, Luna forms a sextile to Jupiter in Sagittarius, adding a benevolent feel to Monday’s configurations.  Venus in Aquarius squaring up to Uranus, the ruler of Aquarius, in the final degree of Aries, suggests some restlessness, impatience, possible interpersonal tension, rebelliousness, individual quirks, a need for space, unconventionality, radical revisions, freshness, and in some cases, a need to shake things up just for the sake of shaking things up. The old adage “throwing the baby out with the bathwater” comes to mind, as Uranus is in the most impatient degree while squaring Venus.  Mars in Taurus sextile Saturn in Capricorn adds a stabilizing (if stubborn) effect here that assists in the cultivation of patience and an attitude of slow, methodical success. Patience and thoughtfulness will continue to be a valuable asset. You will see why, shortly. 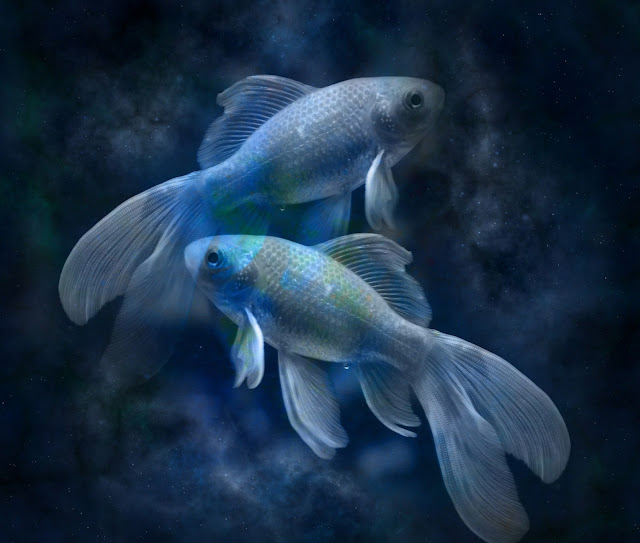 Tuesday, March 5th see’s the Moon enter Pisces at 12:11 AM PST. Mercury, planet of the mind stations retrograde at 10:19 AM PST, in 29 degrees Pisces. This is a rather impatient decan, a decan traditionally ruled by Mars. In the tarot, this decan of Pisces is ruled by the 10 of cups, signifying “perfected success.”  Mercury stationing retrograde here suggests there is some dearly held ideal, something we have longed to actualize. Whatever this is we may feel uncompromising and willful about it, and we may be willing to make great sacrifices to actualize some ideal scenario. With Pisces, elements of “martyrdom” can be present. Mercury is considered debilitated in all of Pisces, but stationing retrograde in this final degree definitely amplifies a lack of objectivity to the cognitive faculties, and our thinking can be especially clouded by subjective emotional impressions during the whole of this retrograde. It is an opportunity to sort through our feelings about particular matters. Mercury stations direct on the 28th of March at 16 degrees Pisces. It would be best to wait until some time in April to come to any definitive conclusions about any matters we find confusing, unclear, nebulous, or uncertain. Regardless, this retrograde provides wonderful fodder for the imagination and creative impulses, and adds a poetic, (if at times, delusional) flair to thinking and communications. It’s appropriate during this time to sort through the various feelings and impressions about our experiences and the circumstances unfolding around and within us, as Mercury is excellent at “sorting” and categorizing, and Pisces is inherently emotive and reflective in nature. For the large part this retrograde revolves around some ideal scenario or circumstance we feel very deeply about that we would like to negotiate into actuality. 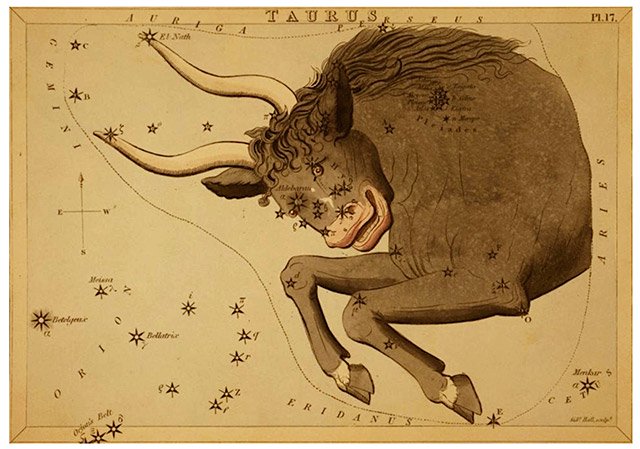 MID WEEK: NEW MOON IN PISCES AND URANUS INTO TAURUS

Wednsday’s skies are rather eventful. March 6th see’s Uranus move officially into Taurus once again, this time for the next 7 years. This occurs at 12:26 AM PST in the wee beginning hours of Wed. This is followed by the New Moon in sensitive and impressionable Pisces at  8:04 AM PST. These shifts will be palpable and there is a distinct “idealistic fervor” to this new moon, that further accents on the Mercury retrograde. The Sun and Moon in Pisces both square Jupiter, conjunct Neptune, and sextile both Mars in Taurus and Saturn in Capricorn. There is certainly something we are trying to bring down to earth and make real, and we can feel particularly emotive about it. The square to Jupiter lends an almost “crusade” flavor to proceedings. Uranus fresh into Taurus assists in mitigating any interpersonal tensions felt previously while Venus in Aquarius squared Uranus, this square is no longer an issue with Uranus’ new position in the spheres. Later in the afternoon the moon in Pisces forms a sextile to Pluto in Capricorn, suggesting some deep transformations and perhaps emotional “power exchanges” are afoot. In the very least some profound emotional turning points or experiences are occurring in which the feelings are very involved. With the new Moon in Pisces shaking hands with powerful Pluto, intensely so, as nothing involving Pluto is “tepid”, luke warm, or indifferent, there are no half measures. It’s all in or all out.  There could be some profound shifts and transformations that alter the emotional landscape that could occur via communications, short distance travels, or exchanges as the Moon travels over Mercury retrograde in Pisces, during the evening hours of Wednesday.

Thursday, March 7,  around lunch time, approximately 12:28 PM PST, the Moon shifts into fiery and enthusiastic Aries. Still conjunct Mercury retrograde in Pisces, Thursday could be a rather busy, talkative, and action oriented day. A conjunction that the Moon in Aries and Mercury retrograde in late Pisces form to Chiron suggests some sensitive matters are touched upon, possible “identity wounds” could be brought to the surface in the mind, in feelings, and in conversations. Aries moves quickly through emotions, even if rather intensely, but is swift to want to resolve matters and move on. Thursday’s skies offer the potential for healing and forthright conversations about sensitive issues, or in the very least something is stirred and matters can begin to surface for resolution. 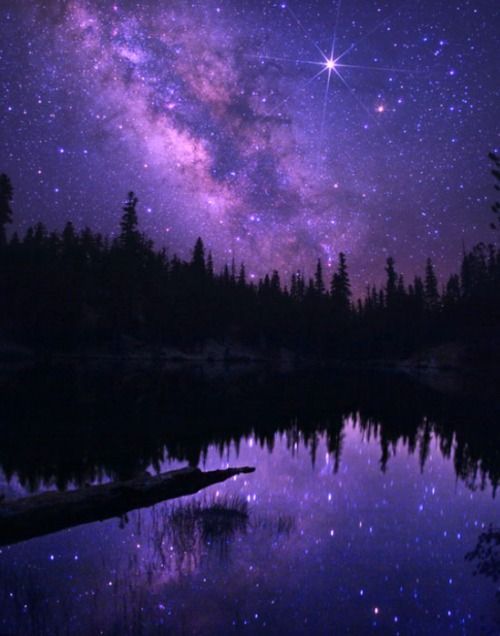 Friday morning, March 8th, see’s the Moon in Aries form a pleasing sextile to Venus in high minded Aquarius, soothing the feelings, and elevating perspectives for much of the morning. The afternoon takes a more serious turn as the moon makes a square to stern Saturn. Aries being Mars ruled, there could be a subtle combative nature to these configurations, or issues of discipline, emotional control, and boundaries can arise. There is an opportunity however to turn “lemons into lemonade” with this aspect as it offers a particular brand of emotional resilience. The will towards conflict resolution is strong, and later on a buoyancy and emotional generosity is amplified by a trine the Moon in Aries forms to Jupiter in broadminded Sagittarius in the early evening. Later however, a square the Moon forms to Pluto intensifies feelings, and there could be a lot going on under the surface. It isn’t necessarily “bad,” but there is a potential for perhaps latent fears, suspicion, intense feelings, obsessions, compulsions, or underlying power dynamics or control dramas lurking under the surface. (Pluto isn’t the most lighthearted of dudes and can lend a sort of “heavy breathing”, deep, intense, or dramatic feel to things.) Fortunately, the trine the moon holds to Jupiter keeps things bubbly amidst whatever intensity is going on, which insinuates that it isn’t necessarily a negative type of intensity. But there is certainly intensity. *Heavy Breathing*.

Saturday morning, this excited, if rather serious heavy breathing enthusiasm continues unabated, only things get er….”weirder” when the Moon in late Aries forms a restless conjunction with unconventional Uranus in zero degrees Taurus. Perhaps some kind of “experimentation” is in the air,  who knows, it could be fun? Feelings are definitely heightened, and perhaps some people are feeling a need to rebel against constrictions or lengthen their chains somehow? Later in the afternoon, Venus in Aquarius forms a square with Mars in Taurus, suggesting a need for either some kind of unconventional bedroom action or that there is a clash of cultures relationally or interpersonally. Some kind of experimentation or reaching new ground interpersonally is bound to happen here, as squares indicate “action”, Mars indicates action, (and actions of a lusty nature) Taurus is very physical/sensual, Venus is love, money, values, partnerships, artistic matters, and Aquarius is just, well, weird.. So something could be stirring within relationships here, and a change could be as good as a rest, as the saying goes.  Equally, there could be creative or artistic breakthroughs and innovations. Keywords here are “innovations”. Naturally of course this square could indicate tensions between equally fixed viewpoints, so it will help to incorporate broadmindedness and emotional generosity, should such impasses arise.  Late in the evening on Saturday, the Moon shifts into slow, sensual and plodding Taurus, to conjunct unconventional Uranus perfectly. The emphasis this weekend on a desire for “something different” or something “strange” or outside of the box or simply just refreshing and outside of the usual routine is very apparent.

Sunday morning, Mars in Taurus perfects a trine to Pluto in Capricorn, further suggesting profound shifts (perhaps of a very physical nature) to the landscape of either relationships or even simply just environments. Certain actions taken around this time could have longterm implications, with some sort of ideal or commitment attached. There could be interpersonal tensions to navigate as certain changes are made and adjusted to, but there is an idealism driving things that adds a serious determination to it all.
Later on Sunday around noonish, the Moon in Taurus squares Venus and conjuncts Mars, amplifying the Venus/Mars square and the potential interpersonal tensions, or just a lot of spicy action. There could be a lot of uhhh…very “physical energy” to release on Sunday.

Later in the evening, the Moon forms a stabilizing trine to Saturn, and then even later, a soothing sextile to Neptune, grounding us and feeding our imaginations and longings, and our compassion for others at the same time. With Mercury retrograde in square to Jupiter it will be important to remain grounded and avoid unrealistic (or even delusional) thinking, and we are fortunate to have Saturn and Mars holding hands in earth signs for now, keeping our feet on tera firma as we attempt to make our dreams a reality. Part of actualizing our dreams and longings is consistency. As boring as it sounds, there are always the simple nuts and bolts behind the grandeur. Other ingredients of course, include patience, discipline, and commitment, which Saturn in Capricorn will continue to tell us all about throughout it’s transit.

Thanks for stopping by! I hope everyone has a great week, I’ll see you next Monday.
Posted by The Curious Girl at 11:13 AM