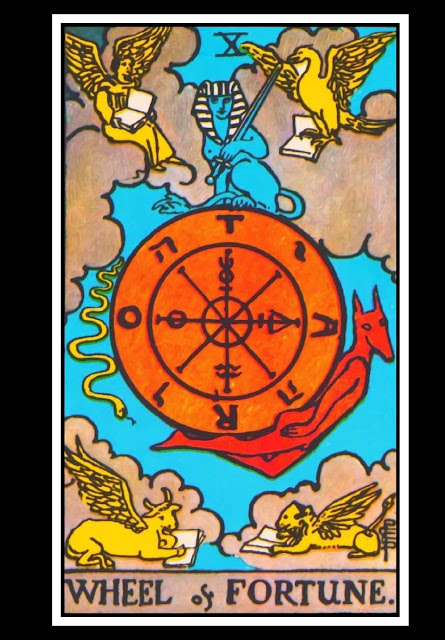 Today see’s the build up to the New Moon in Aquarius this evening at 9:46 PM PST. This kicks off the week in a cerebral, emotionally detached, and somewhat rebellious, radical, unpredictable mode. Aquarius season can often see people living more in their heads, thinking, analyzing, observing. It’s a more detached and mental energy. The New Moon is conjunct the Sun, Saturn, and square Uranus, while sextile Chiron today. There can be a focus here on goals, hopes, wishes, social networks, social movements, and groups, or plans for the future. For some, there is a radical departure, or a sense of cool detachment, independence, or a quirky, weird, rebellious thinking that accompanies a need to be true to ourselves and individuate from the herd. There can be a wrenching free from being under a boot of authority in some cases, or of being afraid of what others might think of this or that. There can be a feeling of solidarity with like-minded others who share our sentiments, which can give us courage to be more true to ourselves. In either case, there is a theme of confronting power issues or oppressive internal or external forces, or a striving towards justice or just keeping it real is at play with this New Moon. Venus has gone direct, and Mercury will station direct on Thursday evening. Slowly but surely, things that have been off kilter can begin to straighten out, but as is usually the case, the week that Mercury stations either retrograde or direct can be the weirdest points in the transit. There’s a need to get into alignment here, but courage can slowly be building, and this New Moon represents a new path forward and a more unfettered focus on a goal. The Aquarian/Uranian energy calls people to stand for something, -lest they fall for anything.

Today kicks off the Lunar New Year, the year of the Water Tiger. There’s an experimental, and intellectually detached, and independent energy in the air today with the Moon still in Aquarius conjunct the Sun and Saturn while square Uranus. There’s a certain seriousness here as well, amidst a lot of unpredictability or changes going on socially or otherwise. Weird times, no doubt about it. Mercury Rx conjunct Pluto and sextile Neptune can see an increased, somewhat obsessive focus on a goal, dream, or ideal. Our emotions can be somewhat removed or detached for the time being, as this Aquarius energy is very cerebral, heady, and prone to intellectual pursuits or intellectualizing the emotions. Venus trine Uranus also adds to this sort of detached and independent attitude, but the Venus/Mars conjunction is not short of passion, drive, and desire to experiment. Juno, the relationship asteroid, also enters Aquarius today. This can see unusual pairings, unconventional dynamics, or attractions/interpersonal situations that our outside the norm. Or people can be brought together around shared ideals, goals, hobbies, or a humanitarian vision. The fact that both Venus and Mars are squaring Chiron can see issues of confidence. We may know exactly what we want, but self doubt or inhibition and shyness can hold us back. Given that Venus is still picking up speed and pulling herself together after her long nap, it can take some time to build up confidence, but Mars sextile Jupiter on top of the now forward motion of Venus can help slowly overcome a lack of assertiveness and we can begin to feel more courage or hope. The Moon is void of course for the majority of the day, indicating a good day for preparation, reflection, and planning. Tomorrow can see more inspiration or movement, perhaps something to feel optimistic and motivated about.

Today see’s the Moon in Pisces conjunct Jupiter, and sextile Mars in the goal oriented, lusty Goat. Certainly something has us focused, inspired, and motivated. The imagination can be highly stimulated, and there can be something that has us feeling optimistic. This can also see a drive to seek out more inspiration, pleasure, indulgence, or something that feeds our spirit. This energy can be good for getting things done in seclusion, or building up strength, inspiration or courage. Later, the Moon goes on to also sextile Venus in Capricorn as well as Uranus, and this can see some pleasant, unexpected surprises, socially or interpersonally. Something can have us feeling really inspired or can give us something to smile about. For some, there can even be some mystical experiences, given that the Moon is in Pisces, there can be something low key, or private about this energy, but it’s nonetheless encouraging and inspiring, with a focus on beauty, pleasure, music, creativity, and aesthetic enjoyment. There might be a flash of inspiration or creativity, or something that increases a feeling of joy, pleasure, or inner peace. With Uranus involved, there can be pleasant surprises or something unexpected can shift in social or interpersonal dynamics, or even financial dealings. These are some inspired, mystical, but also down to earth and sensual vibes.

Today see’s the Moon in Pisces conjunct Neptune, seeing the majority of the day largely reflective, perhaps somewhat sleepy, quiet, and peaceful. With Mercury sextile Neptune and conjunct Pluto, there can be a strong focus on something, a sort of fantasizing going on here, our imagination can be very preoccupied with something here. Perhaps thinking of what to say, or how to approach certain communications, or penetrate certain barriers or walls between ourselves and others. The Moon goes on to sextile Mercury and Pluto in the late afternoon, and this could highlight news or communications. This could see some deep talks in some cases, or perhaps something or someone has us preoccupied to distraction. This could see some meaningful discussions, or something we observe or news we receive makes an impact. Conversely, this could simply see us extremely focused on a goal, a creative project, reflecting deeply on a matter, watching, observing, or researching something heavily, with a tunnel vision focus that really puts us into a “zen zone.” The Sun and Saturn also perfect a conjunction today at 15 degrees Aquarius, and this can be a defining moment that underlines a goal in bold marker, and there can be a somewhat serious tone to this as we commit to more focused initiative around something, cutting out distractions, or deciding to no longer waver. Intuitive hunches and “ESP” experiences can be very strong today, it’s the kind of math where you can think about a person at random you haven’t spoken to in some time, and seconds later, that person is in your inbox. Mercury stations direct at 8:13 PM PST tonight, at 24 degrees Capricorn, setting the stage to form a proper strategy or plan going forward, and making it possible to mend communication gaps, align more properly with our goals, or get on the same page as others.

With Mercury now finally direct, things that may have been in a lurch can finally begin to sort themselves out. It may take some time for certain things to gel, as we move through the shadow phase, but we can finally begin to put these energies behind us and proceed more confidently going forward. The Moon zooms into Aries this morning at 6:57 AM PST, conjunct Chiron and square Mars and Venus. We can feel both challenged and motivated now. We may want to lunge forward in a certain way or go after what we want but it can be difficult to express our feelings. The Moon in passionate Aries squaring Venus and Mars in shy Capricorn today can see us impatient with ourselves, others, or with the constraints of circumstances, or even just with our own inhibitions. Maybe there's an internal battle of wills going on. This can be a mildly frustrating energy, but it’s a call to build up courage. It's clear there's something (or someone) we really, really want, but there's a need to actually do something about it. This can actually wind up being a very productive energy if channeled correctly, and we can be motivated to out do a previous best and make progress where and how we can.

Today see’s the Moon in Aries sextile the Sun and Saturn in Aquarius, square Venus in Capricorn, and conjunct Chiron. This can see bridges being built between others, or a goal around love, friendship, money, or collaboration of some kind become more clearly defined. The Moon square Venus is a bit shy and reserved, and the contacts to the Sun and Saturn in Aquarius can have a bit too much formality about it, but it’s clear that there is truly a mutual respect here. Perhaps even a certain level of intimidation, but certainly, respect. For some, there can be attraction that is difficult to express, especially when such feelings are accompanied by an equal amount of intellectual respect, or there's vast differences between people. No matter how much you like someone, be true to who you are. People respect authenticity more than people pleasing at the end of the day. This weekend can see some bridges being built or compromises reached between others. With the relationship asteroid Juno now in Aquarius, this emphasizes attractions that go beyond just physical, but also stimulate the mind, and allow for a certain amount of freedom and individuality. The Moon goes on to square Mercury and Pluto, and this can see communications highlighted once again. There can be a certain element of nervousness or even intimidation here, perhaps not knowing what to say or how to act in a particular situation. We may want to blurt something out but may waver back and forth about it, or obsess over something. This can see some impulsiveness or compulsiveness, and it can be hard to get something off our minds this evening. Perhaps a sort of negotiation process is underway here. The Taurus lunation tomorrow afternoon can help bring us back into the body and feel more relaxed and natural about things.

This morning see’s the Moon in late Aries, square Mercury, Pluto, and Juno. This could see us fixating on something, perhaps a goal, but more than likely, something involving communications, or even a particular relationship. It’s possible certain lines of communication or negotiating have already been opened and are already in play, but it’s also possible that this is more of an internal battle or rumination phase that precedes the actual act, but something could be coming to a head here, or about to be. There is definitely something “one track mind” about these particular configurations, so there’s something or someone that’s impossible to ignore or to quit thinking about or obsessing over. It’s a bit of a compulsive energy, maybe a bit choppy at times. With Venus, Mars, Mercury, Pluto, and the asteroid Cupido all lined up together, there’s definitely some powerful chemistry at play here. Fatal attraction vibes. A powerful draw to someone, or… something, like a creative endeavor, a passion project, a financial or business endeavor. But more than likely, this is an interpersonal situation or negotiation of some kind for many people. Some could be embroiled in intense or deep discussions or just…intensely preoccupied with something. The Moon enters earthy and sensual Taurus at 2:52 PM, to conjunct Uranus and trine Mars. As the evening wears on, we could get more courage, drive, or a hair up our ass could twitch and spur us to do or say that thing, or take initiative in some regard, or someone could surprise us. This could shake things up in a positive way, and Monday can kick the week off on to a really interesting start and see some unexpected and surprising shifts.