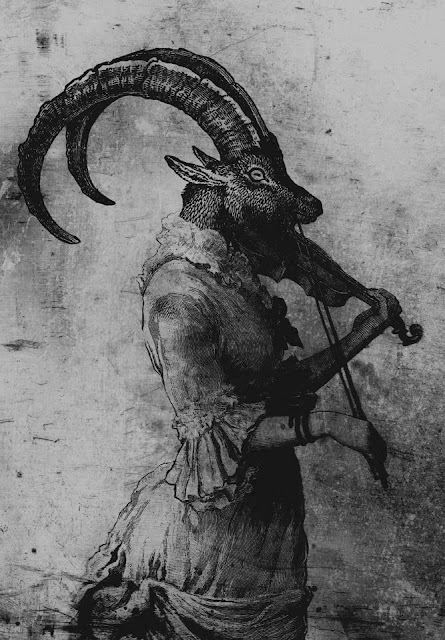 MONDAY DEC 30.
Monday starts out on the heels of the Moon being in detached Aquarius squaring up to Mars in intense, passionate, Scorpio. The Moon is not very comfortable in Aquarius to begin with, so this could have seen people trying to detach from intense desires, compulsions, or unsettling, perhaps rather defeated feelings. Around 8 AM PST, the Moon shifts into sensitive Pisces, to sextile Mercury, now freshly in Capricorn and trine Uranus in Taurus. The Moon also sextile Uranus. This lunation brings us decidedly more into the feels, but with an enlightened, radical detachment that can even border on stubbornness in certain instances. With so much emphasis on cautious and calculated Capricorn right now, and the North/South node axis at Cancer/Capricorn, there’s been a strong pull/inner push toward greater vulnerability, comfort, nurturing, the emotions (Cancer), -with a simultaneously overpowering emphasis on a need to keep a guard up, remain stoic, unreachable, unfuckwithable, self sufficient, and continuously aware of, and sensitive to boundaries, (our own as well as others.) Striking a balance along this nodal axis is different for everyone, as far as the houses involved are concerned, depending upon your rising sign, but over all, for everyone, working out deep blocks in the heart chakra and transmuting wounds, vulnerability, or an ancient, dusty, and raggedy butthurt into higher levels of self mastery, -and developing a mastery over the emotions- is a generalized theme. With both Mercury and Jupiter in Capricorn squaring up to Chiron in Aries right now, wounds, sore spots, weaknesses, vulnerabilities, or insecurities can feel placed under a magnifying glass, and for some, pessimism, guilt, or even cynicism can feel grossly exaggerated at times. Lunar sextiles to the Sun, Mercury, Jupiter, and Uranus can assist in shedding light on new perspectives, and new, perhaps more realistic, wise, patient, or measured approaches to the feelings. Hint: *Humor is key.*

TUESDAY DEC 31.
Today is highlighted by a dreamy, wistful, and reflective lunar conjunction to Neptune in Pisces. In the evening hours, lunar sextiles to both Saturn and Pluto are thrown in for good measure. With both Mercury and Jupiter in Capricorn forming trines to Uranus, we’re all undergoing some major perspective shifts right now. The Pluto/Saturn conjunction (which will be exact on Jan 12th) is a mega download. Terrabytes fam. It’s a huge transformation, at a core level, that’s unfolding here. It’s fair that the universe gives us time to slow down, reflect, process, assimilate, and take it all in. Today would be a good day to do that if you can get away with it. This can be a spacey, dreamy, moody, or confused atmosphere, but it’s otherwise great for stealing some time for private reflection in preparation for major transitions coming down the pike, with a new year and decade around the corner. There may be vague fears, unknowns, and uncertainties, but making peace with whatever you’ve got no control over and doubling down on what you do have control over is probably the most fruitful course of action under these configurations. Thats really the case in general, in all of life. Today has a relaxed atmosphere that can be good for exploring feelings, meditation, reflection, healing, dreaming, receiving intuitive insights, and restoring faith levels.

WEDNSDAY JAN 1 2020.
Whoa. It’s suddenly 2020. Happy New year. Today see’s the emo Moon in Pisces trine Mars in the later degrees of Scorpio, sextile Pluto, and building a conjunction to Chiron in Aries. This could see us building in strength and in courage over the coming days. Perhaps it is the strength to let something go or release something, or perhaps our emotions come into more alignment with the will somehow, but something about these configurations seems “preparatory”, like a drumroll. In either case, this is a passionate, if somewhat mystical energy, and with Mars at the last, most impatient degree of Scorpio, there is a push towards release, to begin new things. The Moon enters Aries around 9 PM PST, squaring Mercury and Jupiter. This can see a lot of passionate energy, big ideas, communication, and mental restlessness. There’s definitely a lot of anticipation and action in this math, and possibly some impatience to get things moving as well. With the Moon in Aries conjunct Chiron now, things require a lot of courage, while the stellium in Capricorn emphasizes the need for patience, wisdom, realism, and restraint. I can hear Aries Sun, Moon, Rising, and Venus people audibly screaming right now as I type this. I may be the owner of a Cap stellium myself, but my Moon is in Aries, so trust me when I say I feel you. We might also be weighing up our passionate enthusiasm about something/someone against, well, …the facts. Maybe the facts are kind of a wet blanket that are sort of deflating, which means courage, patience, realism, *and* resilience should be liberally applied. Needless to say, this final stretch of Mars in Scorpio could really call upon a lot of inner strength and there could be some eyes twitching. As I’m writing this I’m looking at the maths waiting to see Mars finally enter zero degrees Sagittarius and it’s legit got me climbing up the walls. *Patience*.

THURSDAY JAN 2.
Today see’s the Moon in assertive, child like Aries square the Sun, Mercury, and Jupiter in Capricorn. This could see us mustering courage in the face of what feels to be considerable obstacles, challenges, or blockages. It looks like some final hurdles to overcome, whether internally or externally. For some this can see some indecision, or a tendency to overindulge. In some cases, a need for approval can have us feeling emotionally blocked, or as if whatever it is we want isn’t “acceptable” or is a “breach of protocol” or against “the rules” or established boundaries somehow. Regardless, the mind can feel somewhat out of alignment with the feelings somehow, which can result in mental/emotional blocks that will inevitably catalyze…some kind of action. It’s a “something has got to give/something has got to change” type of mathscape.

FRIDAY JAN 3.
Mars enters Sagittarius today, and this creates a decided shift in energy. Now that the planet of assertion, conflict, passion, will power, sex, and initiative is no longer hanging out in obsessive Scorpio, things can begin to feel a lot lighter and freer. The Moon in Aries forms a sextile to Venus in detached Aquarius today, helping take the edge off the hard aspects to Saturn and Pluto. Social niceties can be easier in the earlier part of the day, even if there are a lot of intense transformations occurring. Later, the Sun begins to build it’s conjunction to Pluto, which could see a lot come to light in the next few weeks as this potent stellium in Capricorn perfects itself. With Mars in adventurous Sagittarius in trine to Chiron in Aries now, these can be some emboldening influences for people to confront and resolve sensitive or buried issues. A strengthening of courage, and of the spiritual and personal will can begin to pick up momentum, and we can feel more adventurous and open to explore where we had previously been closed off or overly cautious and cagey AF. We may feel less resistant or guarded in the face of (pretty massive) change during this Mars cycle.

SATURDAY JAN 4.
Around 9 AM PST, the Moon enters earthy and sensual Taurus, to trine Jupiter and conjunct Uranus, which can see the day off to a pretty excited, relatively optimistic, if somewhat impulsive start. Impulse control could be a challenge, especially with Mars fresh into brave, blunt, honest Sagittarius. In the afternoon, the Moon trines Mercury, which could see some positive, reassuring , or just grounding news, perhaps out of the blue, that is highly unexpected. This can see optimism levels modestly increase, or there can just be some nice break away from whatever the norm has  Sun been.The Sun now sextile to Neptune can see people more open to expressing their intuitive, creative, and compassionate sides, which can help to thaw out what has felt to be walls or blockages within ourselves or between others, but theres also an elusiveness present. There can definitely be an emphasis on healing, in general, as well as creativity, and the finer things in life. These maths could see some positive breakthroughs in communications or even cognition, perhaps new levels of understanding are reached that bring stability to the emotions and the psyche, or feelings of closure and release of stuck feelings.

SUNDAY JAN 5.
Today the Moon in creature comforts Taurus is trine the Sun,Mercury, Jupiter, Saturn, Pluto, sextile Neptune, and square Venus in Aquarius. Whew. That was a mouthful of math, lunar aspects alone. This is a really grounded, centered, pleasant, and sensual energy. The sextile to Neptune is like icing on a cake, adding a dreaminess to things that can feel soothing and relaxing. The lunar square to Venus in Aquarius can see some odd and/or liberating spontaneity, but a certain detachment could be called for. Interesting times. Communication lines can be open in a generalized sense. Even if little is said or shared, what is shared or learned can be sincere, illuminating,or convey a lot/make impact. There's compassion and empathy available as well, which is good, as it’s possible that the detachment required of people now isn’t easy for everyone. This is a pretty “physical” and very curious mathscape, and people may want to break out of boredoms, ruts, or restrictions