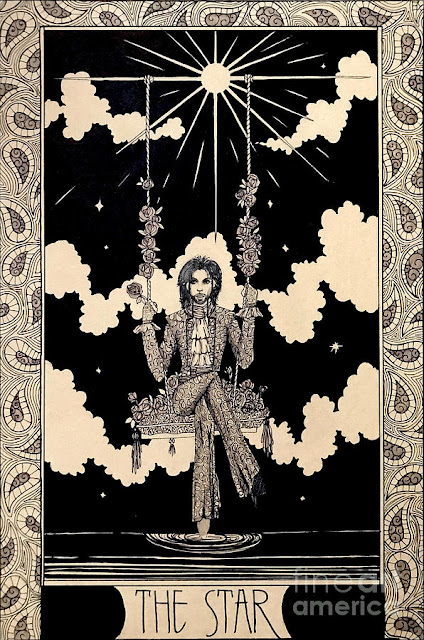 Everything is direct, and now things can begin to fall into a flow state. The early morning see’s the Moon in community oriented Aquarius conjunct Venus and Saturn. This is the kind of alignment that takes pleasure in being structured, ambitious, innovative, diplomatic and prepared. There can be a sense of stability with an eye on future trends, alliances, networking, and community building. There is a lot of creative innovation going on, and a desire to build up momentum. The Moon heads into imaginative Pisces at 9:36 AM PST, where it will go on to square Mars. This can see a tension between a desire for movement, momentum and productivity, and a need for rest, reflection, and dreaming. It’s great for creativity, but it can feel a bit like running with ankle weights on at times. People can be off in their own worlds, so this math is best for being quietly productive behind the scenes, and can see people trying to limit too many distractions. If you’re waiting to hear back from certain folks, the evening time see’s a lunar sextile to Mercury, where people can be more likely to be responsive, but with Mercury in Capricorn, words can be sparse.

The Moon in Pisces is trine Pallas, conjunct Neptune and sextile Uranus, which can see a focus on innovative strategies and behind the scenes activity. The Sun in Aquarius trine Mars and sextile Jupiter is enthusiastic for progress and momentum, with an enterprising and goal oriented focus. Mercury is picking up steam after stationing direct and is trine Uranus, which can see new ideas being put into practice and an organization and streamlining process underway. There’s a desire here to overcome the weaknesses and sense of inadequacy indicated by Mercury square Chiron. The Pisces lunation can see energy a bit low at times in the face of a strong desire to be 12 steps ahead of where you currently are. Although the day can have a sleepy and dreamy backdrop, forward momentum is picking up speed in regards to certain endeavors. Tomorrow can see visible signs of positive change that can fuel motivation levels and provide encouragement.

Early morning see’s the Moon in late Pisces sextile Pluto, which can see a powerful determination to make dreams a reality in some regard. The morning can start off on a highly idealistic note with a strong motivation to see something through or push for a breakthrough. Even if energy levels are dragging a bit or there’s a bit of weakness, the lunar sextile to Pluto can assist with digging into reserves and summoning the willpower to conquer the day. The Moon enters dynamic Aries at 10:48 AM PST, where it conjoins Jupiter and Juno, sextile’s the Sun, and makes a semisquare to Uranus. There can be some positive surprises or unexpected boosts surrounding friendships, social networks, groups, or happiness goals. Certain partnerships, business or personal, can begin to show their merits, or new opportunities can present themselves, even if the spotlight is on autonomy, individuation, and independent initiatives. Relationships to people or organizations that have a shared vision, mutual respect for autonomy, and support personal growth, self cultivation, empowerment and expansion are highlighted. Optimism, ambition, and self assurance around new systems, approaches, alliances, or paths can begin to grow, along with motivation levels. Things are looking up.

The Moon in independent Aries is square Mercury and semisquare Venus while conjunct Chiron, which can see some indecision around a strategy or approach. For some, this could be around business or commercial matters, for others, social or interpersonal plans or dynamics can be a subject of thought, planning, or careful rumination in the first part of today. If you don’t know what to do, or are unsure about an action plan or discussion, don’t force it. Go with the flow. Inspiration will move you into the right direction. Venus enters Pisces at 6:33 PM PST, where the planet of love, money, pleasure, and aesthetics is exalted. Old ways of doing things are being left behind, and a new, more comfortable set of circumstances or dynamics are being settled into. Venus makes herself at home, builds a luxurious shrine, and settles into her throne here. The house ruled by Pisces in your natal chart calls you to do the same. Make this house into a castle, an ashram, a sacred space of worship and wonder. A place where the divine merges seamlessly with the mundane and becomes manifest in terra firma, yet remains uncorrupted by the banality of existence. Cleanse this space. Light a candle. Say a prayer. You will build a shrine here. Repeat after me: This shrine will be unfuckwithable.

The early morning see’s the Moon in Aries sextile Saturn , semisquare Mars, and square Pluto. This math is a determined, well oiled machine. In spite of the fact that much is still in the beta stages of development, there is a willful determination and unstoppable willpower that can be summoned here. The Moon builds a sextile to Venus as it reaches the late degrees of Aries, which can see us motivated by a dream and there can actually be the promise of some sort of tangible reward around the corner. The Moon enters money bags Taurus at 3:42 PM,  where it is exalted. With both the Moon and Venus (ruler of Taurus) exalted and in aspect to each other, along with the fact that Uranus is now moving forward in Taurus, this can highlight new pathways for growth, helpful people, and harmony. This is a sweet but brief lunar aspect that should be taken advantage of. Look to the areas of your chart ruled by Taurus and Pisces and work with this superlative harmony. Not as powerful as a trine, but still noteworthy. Things can flow so smoothly that it can actually be surprising.

The Moon in Taurus is square the Sun in Aquarius, trine Mercury and conjunct Uranus, which can see some surprise news, communications, or a focus on taking well timed, calculated risks. Mercury and Uranus perfect a trine today at 14 degrees, doubly emphasizing the potential for surprise reveals, curve balls out of left field, or just strokes of genius, inspiration, and “aha” moments. There can be an ongoing organization process, and people can still be adapting to new routines, systems and approaches, and making tweaks and adjustments as they gather more information and feedback on their respective life experiments. With Mercury in Capricorn on track to eventually perfect a conjunction to Pluto on February 10th, not only are there a lot of upgrades, changes in perspective, and reorganization processes underway, but also research and development. There can also be some deep digging and investigative processes going on in the background that can continue to unearth new, wild information. Information gleaned today can be helpful for informing new strategies and approaches, and it can also encourage us to continue with experiments and approaches that are yielding positive results. Tomorrow can shine more light on the progress of initiatives, efforts and endeavors, and what is working, and what still needs more elbow grease.

The Moon in Taurus is square Saturn, sextile Neptune and trine Pluto. While the Sun in Aquarius in trine to Mars is an unstoppable force of motivation sent straight from the future, the Moon in Taurus is in the here and now. The lunar square to Saturn makes a thorough, critical assessment in order to continue to maximize potentials even more. There can be a keen eye on investments of time, energy and resources into certain projects, initiatives, or dynamics. Deep reserves of power, resources, or resilience can be dipped into, and this math can see people focused on practicalities, time management, and preparing to double down in the week ahead, as if to make up for lost time. The Moon in Taurus trine Pluto can have a pleasantly obsessive focus that can be buried in the pragmatic realities that encompass building an empire. “Happiness in slavery” by Nine Inch Nails comes to mind. The lunar square to Saturn and sextile to Neptune can see a sort of myopia that stubbornly but politely excuses itself from whatever or whoever doesn’t directly involve the ring of power. Tomorrow see’s potentially alienating levels of willpower. The Sun square Uranus will continue to grow stronger which emphasizes the need to individuate and do your own thing. “I’m walkin’ here!” This doesn’t have to be a bad thing, but just understand that some people are simply a bullet train and they aren’t making any pit stops or taking any side quests right now.

Posted by The Curious Girl at 6:23 AM