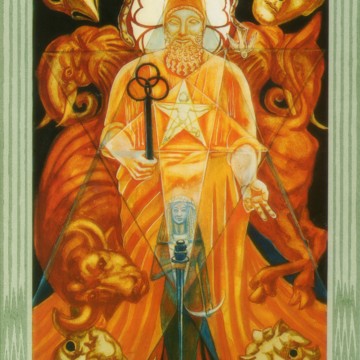 MONDAY APR 20.
After the intense culmination of the Sun at the most urgent, final degree of Aries, square to Jupiter and Pluto in Cap, as well as Saturn in Aquarius, and conjunct Uranus, it’s been a mixed bag of shock and awe, and trying to find and create peace with things. The Sun moves into earthy and physical Taurus as of today, and we kick off the week with the Moon in Aries conjunct Chiron and Mercury, which is also in Aries now, as of last week. With Venus in Gemini and Mercury in Aries both syncing up to Mars in Aquarius, there is a desire to connect with like minds to sooth the nerves. The movement of the Sun into physical Taurus causes a definite shift that will do much to bring calm and stability, and common sense, and help bring attention back into the body. The conjunction of the Sun with Uranus shakes things up in a positive way. This evening see’s the Moon in Aries sextile Venus in Gemini and Mars in Aquarius, (along with it’s conjunction to Mercury and Chiron). This can see some pleasant diversions and connections made, with an emphasis on bringing more joy, pleasure, vitality, and variety to life, and can see some unexpected but pleasant happenings. There could bee a bit of rebelliousness involved in this as the Moon connected with Mars in rebel rousing Aquarius and the Sun links with Uranus. Change is refreshing and reinvigorating, and there can be much to discuss and catch up on with like minded others, and much healing to be found in human connections, in spite of Saturns stubborn, oppressive, and erratic square to revolutionary Uranus in Taurus.


TUESDAY APR 21.
Today see’s the Moon in Aries conjunct Mercury, also freshly into Aries, and sextile Venus in curious Gemini along with Mars in social justice and humanitarian oriented Aquarius. This could see some passionate or impulsive communications, and an overeagerness to gather and spread information. With the Sun in Taurus conjunct Uranus, and square Jupiter in Capricorn and Saturn in Aquarius, people can be stubborn and fixed in their viewpoints, in spite of an influx of information that challenges those viewpoints. A lunar opposition to Juno can further emphasize a conflict of interests, and a tendency to stay in your “flock”, among those on your wavelength, and maintain emotional resonance. Venus in Gemini squaring up to Neptune is a tricksy energy, indicative of deception, illusion, impressionability, and trickery, -particularly through mediums of news and communication. This will be an ongoing theme through the retrograde that begins in the second week of May, so anticipate more fugazi, fuckery, and “matrickulation.” The trine to Mars in Aquarius shows that everyone wants to “do the right thing”, but understanding what that is will be difficult for the vast majority of people to decipher, as Gemini is two faced, two sided, and dualistic. The very presence of manipulation of facts, deception, trickery, illusion, secrecy, and confusion, should be enough of a warning signal that something is not right. The Moon goes on to square Pluto and Jupiter in Capricorn (while still conjunct Mercury), in the afternoon, indicating some intense and embroiled feelings being magnified via incoming information, communications, perhaps over simmering disagreements, or just the nature of the information imparted. There may be something inflated or intense about something that is uncovered, perhaps a “fighting spirit” is in the air. Whatever it is, things going on at this time can feel intense and magnified. Over the coming days, through the Taurus lunation beginning at the New Moon tomorrow, there can be a stubborn resistance to conformity and authoritarian forces, and drive towards a radical uprooting of systemic corrupt forces, and bringing to light and discussing buried issues. Secrets may surface or be exposed, and there may be an issue over control or abuses of power regarding information, speech and communication at this New Moon with Mercury in warrior Aries set to square off to totalitarian Pluto in strict Capricorn.

WEDNSDAY APR 22.
Today begins with the Moon in late Aries, squaring Jupiter, Saturn and Pluto, on the heels of yesterdays intensity. In the afternoon, the Moon slips in to easy going, grounded, earthy Taurus, conjunct the Sun and Uranus. The New moon culminates at 7:26 PM PST. The primary highlights here are the Sun and Moon in Taurus, conjunct Uranus, and making positive contacts to the north and south nodes. This New Moon is largely about grounding and centering amidst shifting sands and unpredictable circumstances. With Mercury in Aries squaring Pluto in Capricorn, there is an emphasis on digging for information, or on the fact that there is much that is hidden from view. This can bring an intense vibe to communications, and ingoing and outgoing news and information. The Taurus lunation can bring some relief to the more combative, passionate energies that were accentuated by the Moon’s time in Aries. Slowing the pace can connect us to more innovative energies that can see creative and innovative ways to deal with blockages, via communications or otherwise. The lunar Square to Saturn in Aquarius can see some rebellious energies building over the days ahead, and there can be some unexpected surprises, excitement, weirdness (what’s new there) but also some tension around how to navigate changes in a way that everyone can agree upon. The conjunction of the Sun, Moon, and Uranus at this New Moon will definitely see some unpredictability, shocks, revelations, innovations, and the need to think outside the box. Venus’ square to Neptune is still shrouding things in mystery and accentuating confusion, deception, and a lack of clarity and precision, but is excellent for creativity and inspiration.


THURSDAY 23.
Today see’s the Moon in common sensical, grounded, easy going Taurus, conjunct surprising Uranus and square Mars in Aquarius. This can be an energizing, stimulating influence that can produce some unexpected happenings or surprises. Mercury in Aries now squaring Jupiter in Capricorn can see an over eagerness to acquire as much intel as possible, and there can be a whole lot of information to sift through.  Mercury’s square to Pluto as well, can see much coming to the surface and being revealed during this time, perhaps buried information or secrets coming to light, with an emphasis on “truth digging.”  Today’s energy is driven towards justice with the Moon squaring Mars in humanitarian, social justice seeking, freedom fighter Aquarius. There can be a muted irritability in the atmosphere, but there is definitely a charge. Later on, a lunar sextile to Neptune mellows the vibe, and can add inspiration and imagination, and accentuate an appreciation for art, beauty, and the finer things in life, as well as generate compassion and understanding where it has been perhaps a bit lacking. The Venusian influence of Taurus, combined with the high octave agape of Neptune can be inspiring for artists and musicians and creative folks of all kinds. The charge from the lunar square to Mars lingers on and adds a late night trine to intense and probing Pluto, which can see fixations, compulsions, or obsessions around something, and there can be pleasure found in the intensity. This could produce some interesting breakthroughs, or see some inspired musings in the creative fields. Following the instincts and the intuition is favored.


Today begins with the Moon in easy going Taurus squaring Mars in Aquarius, trine Jupiter and Pluto in Capricorn and sextile Neptune. This can see a bit of irritation underscoring the first portion of the day, but a desire to escape it. The rest of the day is highlighted by the lunar connections to Jupiter, Saturn, and Pluto. This can see an emphasis on out of the way pleasures, but also a muted intensity. Late night will see the Moon in the final, most urgent degree of physical Taurus, kicking off the weekend on a note of seeking out pleasantries to introduce some semblance of humanness, hope, and stability. This can see the weekend highlight curiosity, communication, and joy seeking, perhaps in the local environs (Moon/Venus in Gemini), amidst otherwise bizarre and unpredictable, or repressive circumstances.


Today see’s the Moon in Gemini, trine Saturn in Aquarius, and sextile Chiron in Aries, as well as conjoining Venus in Gemini. The Sun in practical, down to earth Taurus also begins a conjunction to Mercury in late Aries. A lunar sesquisquare to Pluto can see sensitivity to stimuli heightened considerably. This weekend emphasizes curiosity, communication, and a desire to seek more pleasure in the day to day experience. The sign of Gemini highlights the local environs, communications with siblings, neighbors, and people in the local environment and community. Later on, the Moon forms a trine to Mars in rebellious, unorthodox Aquarius, suggesting some “out of the box” proclivities and happenings. This could see people itching to see something “different” happen, and to take initiatives to make this so. There can be a pleasant restlessness building that stirs the desire to instigate things that bring more joy, hope, pleasure, inspiration, vitality, and creativity into the day to day existence. It can be healing to do something unusual that challenges the status quo and established norms, (if only a little.) On into Sunday, this can see some creative diversions as the Gemini lunation goes on to square dreamy Neptune, enhancing creativity, (but also simultaneously perhaps adding to confusion.) Nonetheless, this can see a quirky, creative, curious ending to the weekend, and a zany, stimulating, if somewhat excited beginning to next week. Shifts are happening that break the monotony and stagnation.


SUNDAY APR 26.
Today see’s the Moon in curious, talkative Gemini, conjunct Venus and trine Mars in Aquarius, while square Neptune. This can see some interesting and creative vibes, and there can be a restlessness and enthusiasm in the air that encourages people to shake things up in a pleasant way. Communication is highlighted with the emphasis on Gemini and the solar conjunction to Mercury in impulsive, passionate Aries. With Mercury in square to Jupiter, Saturn, and Pluto, there may be certain blockages and limitations to work around, but innovation is definitely in the cards as the Sun and Mercury are also conjunct rebellious and improvisational Uranus. These configurations also emphasize the arts, music, enjoyment of nature, and the enjoyment of all that makes life wonderful and worth living. The lunar trine to Mars can definitely see an uptick in motivation, assertiveness, and confidence, and energy and drive can be increased. The square to Neptune can see heightened sensitivity and even some swings in mood throughout the day. Finding creative or spiritual outlets can be very healing and soothing to an overstimulated nervous system, and simple pleasures and connections with friends, neighbors or loved ones can provide comfort.

Posted by The Curious Girl at 6:47 PM