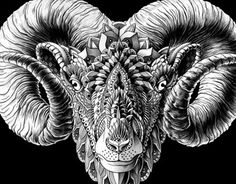 MONDAY APR 6.
This morning begins with the Moon in Virgo, forming a trine to Venus, Jupiter, Saturn, and Pluto, and opposite Mercury and Neptune in Pisces. It’s an anxious but oddly centering influence, and it can be grounding, centering, affirming, and even pleasant to dig, pick through and purify all the bullshit or to see basic common sense validated and affirmed in small or large ways, amidst a tsunami of..um….well….the opposite of that. (Moon in Virgo trine Pluto/Jupiter/Saturn.) Let’s just say that with the Moon in Virgo, opposite Mercury and Neptune in Pisces, a whole lot of fuckery, trickery, secrecy, deception, illusion, and fugazi is making itself very evident in the lead up to the upcoming Full Moon, that lands in partnership and diplomacy oriented Libra this week.  Decisions, decisions..Under the Virgo lunation, all input that comes in is being heavily scrutinized with a fine toothed comb because the bullshit is thick as hell and off the chain, and has been allowed to run completely buckwild. In the afternoon, the Moon moves into diplomatic Libra, while opposing Chiron, Mercury, and trine Venus, Mars, Jupiter, Saturn and Pluto. This could see some long awaited confrontations that could create cognitive dissonance, or perhaps a feeling of vulnerability for some people. Mars in tension with Uranus and conjunct Saturn can see a radical atmosphere where forces of radical social justice clash against equally radical oppressive forces. The mode of combat appears to be primarily cerebral, and in the mental/informational sphere. There’s really just a lot of psychological-fuckery going on in general, and a need to somehow mitigate the impacts by working together with others and seeking common ground, or attempting to harmonize disparaging viewpoints or perspectives or share information.  Venus in Gemini trine Mars and Saturn in Aquarius can be pleasant seeming, on the surface, but also two faced, or playing to “both sides” or two people/parties/factions/or interests. Kind of double agent like, and this can become really confusing and weird for people, both personally and otherwise as this Venus transit plays out. “This is fine.” The Moon in Libra can highlight a lot of people pleasing going on, and efforts at diplomacy or being nice can water down the reality of a situation or gloss things over. There will come a point where a more no bullshit, cutthroat or radical, fearless approach/stand will have to be taken once the moon enters “don’t fuck with me” Scorpio later this week.


Today begins with the Moon in conciliatory Libra trine Mars in Aquarius and Venus in Gemini, conjunct the asteroid Juno, and opposite the Sun and Chiron in Aries. This can see some vulnerabilities or sensitivities present, but also some passionate intellectual exchanges in the early hours, with both Mars and Venus in cerebral, detached air signs. Later this evening there is a full Moon  that culminates in Libra at 7:35 PM PST, that squares up to Jupiter and Pluto in Capricorn. This can certainly see some inflated feelings around interactions with others, and the atmosphere can have a muted, or politely veiled intensity. There can be some confrontations today, and with the full Moon in partnership oriented Libra opposing the Sun in feisty Aries, clear conflicts of interest or clashes in temperament, or simply a clash between our own needs v.s that of others may be apparent. The Moon square to Pluto can see some intense undercurrents, that may be best transmuted into some kind of creative or other pursuit, as opposed to directed at other people. The square to Jupiter can create a sort of ease, apathy, or pleasantness that tends to keep peoples heads down in an effort to avoid unnecessary conflicts, as opposed to fight the current or create too much resistance, or ruffle any feathers, even though there may be intense feelings around what may be happening (or not happening.) Once the Moon enters do or die Scorpio tomorrow, it may be harder to avoid certain levels of authenticity, or straight up rebelliousness. This may generate more extremes, controversy, or produce feelings or circumstances that are difficult to ignore and simply sit back and just take. “The hottest place in hell is reserved for those who see evil and do nothing about it.” Intensity builds under the Libra lunation, even though on the  surface.. all appears to be copacetic.. Later on tomorrow however, things may get weird, or extreme, and perhaps… not so mellow, with a slight potential for drama, whackness, or extremes. Some sort of radical weirdness is on it’s way down the pike. Dear god what now.

WED APR 8.
Today begins with the Moon in Libra, squaring up to Jupiter, Saturn, and Pluto. This can see some intense undercurrents, particularly in relation to others, disparaging viewpoints, and the need to find some kind of common ground. The afternoon see’s the Moon enter emotionally intense, brooding Scorpio. Initially this can be pretty heated, as the Moon still holds squares to Jupiter, Saturn, and Pluto, but throws in an ire square to Mars, and an opposition to Uranus. This can see passions on the boil, and people behaving unpredictably. There can be issues of power and control, and the desire to rebel against that, so people won’t be bossed around, undermined, manipulated, or controlled -without putting up a fight.  So if you’ve got an agenda for anybody, prepare for things to get squirelly and to potentially see some extended middle fingers, as people are not in a mood to be backed into a corner, pinned down, or told what to do. Better to drop any agendas if you have any, as Venus in Gemini and Mars in Aquarius together are pretty non committal and want to be free to learn, explore curiosities, communicate, exchange ideas and information, and fight the good fight. These configurations can see people in a pretty unpredictable frame, and power, authority, fear mongering, manipulation, or controlling behavior, won’t be welcome in certain circles. (That should never be welcome, but some people are really into it, but only people that feel they stand to benefit from it.) In this case, there could be some that feel these tactics are acceptable and are ultimately “for the good of all.” With the Moon in Scorpio however, there could be a desire to get at the truth, and create more transparency, and honesty, authenticity, and it could take some radical measures and standing up to orthodoxy (Mars/Saturn in Aquarius) to attempt to accomplish this. The rest of today can see some heated undercurrents and intensity. Scorpio is rather reflective, secretive, brooding, mysterious and quiet, so these configurations can produce some quiet “seething”, perhaps over real or perceived injustices. It’s a passionate energy for sure, that could also see people in a rare, shameless “freak mode.” There can certainly be some frustrations or blockages to deal with. One thing is certain, and that is that people won’t take kindly to being controlled or told what they can and can’t do, who they can talk to, what they’re allowed to say, wear, think, feel, or express. So if you like to have people under your control, prepare for that attempt at control to be challenged under these configurations. There can also be some unexpected, intense feelings that emerge, or something “get’s your blood boiling” out of the blue. There’s a potential for some drama here, but it doesn’t have to be the only way these configurations play out. On the positive side, this could be cleansing and cathartic, and people can be fearlessly authentic. There could be unexpected disclosures, epiphanies, or things that have been buried, stuffed down or repressed in the unconscious, working their way to the surface under this lunation.

THURSADAY APR 9.
Today see’s the Moon in Scorpio trine Neptune in Pisces. This can see some deeply felt impressions or feelings, and a reflective atmosphere can take hold. There can be some creative or other inspiration, and a sort of dreamy vibe. We can be really impressionable under these maths, and perhaps something gives us a lot to reflect upon. Late on in the evening, a lunar trine to Mercury can see some serendipities, synchronicities, communications, or simply silent mutual understandings or “telepathic links”. A lunar sextile to Pluto in Capricorn adds to the profundity, depth, secrecy and mystery in the atmosphere, and things said, heard, read, or exchanged can really make an impact upon the psyche. There is a lot of compassion available in these configurations, and emotions can be felt vividly. Perhaps we poke out of our shells just a little bit to share whatever we’ve reflected on, or receive some communication, hear a piece of news, art, poetry, or music that inspires, soothes, or pleasantly stirs the emotions somehow. Scorpio tends to keep it’s cards very close to it’s chest, and not share everything it’s thinking or feeling, and the trine to Neptune and Mercury in Pisces can add to this secrecy or mysteriousness, but it appears there’s a pleasant or deeply felt calm, or some inspiring thoughts, feelings or exchanges going on behind the scenes or under the surface that were perhaps really unexpected. The psychic impressions and “ESP” is thick under these configurations, and they can be inspiring for artists, musicians, and creative types. As quietly pleasant as these configurations can be, it’s possible that a lot is left unsaid, as the emphasis on Neptune, Pluto, and Scorpio here can see most of what’s going on or being picked up from the ethers is happening very quietly under the surface, but the feelings can definitely be stirred in a pleasant way.

FRI APR 10.
Today begins with the Moon in late Scorpio, trine Mercury and Neptune in Pisces, and sextile Jupiter, Pluto, and Saturn, and forming an opposition to Venus. This can see some good news come in, and some pleasant vibes. It can also see some beneficial info unearthed or sleuthed out and dispersed from intense efforts and digging, which can see truths come to light. In the afternoon, the Moon enters optimistic, truth seeking Sagittarius, to trine Chiron, and strengthening the opposition to Venus in double agent Gemini, with a sextile to Mars and Saturn in Aquarius, and still holding a trine to Mercury at the final, fated 29 degrees of Pisces. Suddenly something makes complete and total sense, and with Mercury about to enter Aries, a powerful moment of truth and lucidity is upon us. The lunar trine to Chiron increases confidence and provides a philosophical affirmation, and see’s truth prevail, even amidst fuckery or profound levels of manipulation. Not all of the truths are easy to swallow, and there may be some cognitive dissonance. Much is inverted right now. But with Venus in tricksy Gemini temporarily releasing it’s square to dubious, hazy, and deceptive Neptune, a moment of clarity regarding a lot of things can be facilitated. There is certainly a lot to talk about and a lot of information to exchange and gather, much communication happening on a wide scale. The energy is passionate, and with Mars and Saturn both in Aquarius, there are important causes to champion that require challenging orthodoxy, authority, official narratives, and turning our vision of the world upside down and inside out, producing shocking revelations and wake up calls. This is quite a way to kick off the weekend. When Venus stations retrograde in the second week of May, there will be much more fuckery to navigate, so getting a foothold now will be strategically important. All is not as it seems, and certain paradigms and filters previously used to interpret the world and even advocate for ourselves and for social justice in general (Mars and Saturn in Aquarius square Uranus in Taurus) are being thoroughly challenged turned entirely on their heads.
Posted by The Curious Girl at 7:07 AM