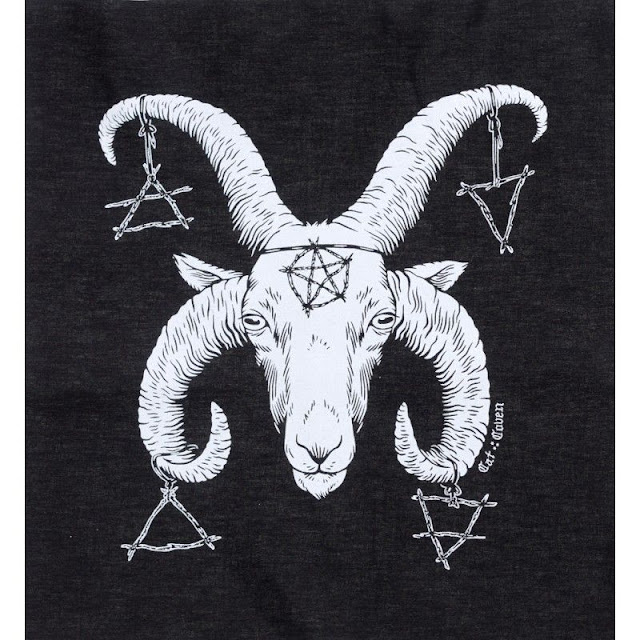 MONDAY JAN 13.
With the Saturn/Pluto conjunction having reached it’s perfection, we begin this week with the Moon shifting from Leo into Virgo, where we can assimilate everything. Venus also changes sign today, from detached, unconventional Aquarius, into yielding and compassionate Pisces, where the Moon in Virgo will oppose it. This can assist in a process of release, and also reduce our resistance to whatever is unfolding. But it can also feel like there is much to distill and make sense of in regards to relationships. With Mars in Sagittarius along side this, the spiritual dimension of relationships is very emphasized, and a lot of growth and healing is unfolding right now from deep inside, and it’s very beautiful, even if it isn’t easy. This Venus cycle in the final sign of the zodiac, which will conjunct Neptune, represents a release, a letting go, a surrender, a dissolution. Mercury and the Sun conjunct Pluto in Capricorn can see a lot coming to the surface, a lot of facts being unearthed. These configurations may have magnified a lot of fears and desires for people, bringing up all kinds of anxieties, creating a kind of deadly serious aura around things, obsessive mental fixations, “now or never” feelings, ambitions, compulsions, power, sex and death trips… the works. Many people are confronting major changes and rebirths, both internally and externally. The Virgo lunation in this weeks beginning will help to assimilate and distill all of the new intelligence accumulated recently, and find some grounding, stability, and begin to make sense of, and peace with it all. Do: Try to simplify things to their core and basic elements. Don’t: try to overcomplicate it or freak out. Hi hat. Snare. Kick. Breathe. Repeat. The Virgo Moon opposite Venus in Pisces asks, “What is simple? What is pure? What is necessary? What is absolute?” The timeless wisdom of the Serenity prayer from A/A and N/A comes to mind under this math, so I feel it’s apropos to end on that note. “God, grant me the serenity to accept the things I cannot change, the courage to change the things I can, and the wisdom to know the difference.”

TUESDAY JAN 14.
Today begins with the Virgo Moon in trine to the Sun, Jupiter, Saturn, Pluto, and opposite Neptune. It can be particularly satisfying and soothing to exert dominion over our own respective enchanted kingdoms. With so much still feeling in “free fall” , flux, and transition regarding other people or situations,- funneling energy into perfecting, improving, and transforming ourselves and our own respective circumstances is definitely the way to go here. Solid gains are available here my dudes. Not to sound like a total nerd, but I’m looking at the Serenity prayer in math format right now. This is some potent, powerful G. With a Saturn/Pluto/Neptune emphasis, we know we’ve got to release some bullshit and rebuild, on a much, much stronger foundation. There’s kind of this feeling in these maths around whatever it is we’re embarking on of “this time, it’s gonna be MF SOLID. NO BULLSHIT.” I think it’s actually fair to just officially name the Saturn/Pluto conjunction “Tegrity(TM)”, because that’s ultimately what this is about. Fierce, (even scary) levels of authenticity. In the afternoon, the Moon trines Mercury, suggesting communications, disclosures, or some uncovering of some useful facts that perhaps change the game a bit or make some other kind of impact. This could involve or have implications regarding relationships, as the following lunation is Libra, which opposes Chiron, which may see some sensitivities lingering between others, or have people in vulnerable, (though not entirely unpleasant) territory.

WEDNSDAY JAN 15.
Today see’s the Moon move into diplomatic Libra in the early AM hours, to oppose Chiron and square Jupiter, and maintaining a trine to Mercury in the last degrees of Capricorn. This suggests that something recently learned or communicated can be expanding our perspectives somehow, particularly regarding relationships to others. Later, the Moon forms a sextile to Mars in philosophical and adventurous Sagittarius, which can see optimism and energy levels raised, and a more open minded, emotionally generous approach, and even some passion, excitement, or enthusiasm around something that might also make us feel kind of vulnerable or in foreign territory. The lunar sextile to Mars can see a drive to harmonize disparate elements, find common ground with others, and establish peace, understanding, or some kind of workable compromise, perhaps around rather sensitive issues. The lunar/Mars mashup can see us trying to understand someone or something better, or make sure that we ourselves are being properly understood, particularly via actions. This configuration makes people focus on fair play, harmony, cooperation, optimism, good faith, and “the more you give, the more you get”. If something feels unequal or unfair, we may want to address it.

THURSDAY JAN 16.
Today see’s the Moon in Libra conjunct Juno, and square the Sun, Jupiter, Saturn, and Pluto. This can definitely place a spotlight on relationship dynamics, and some rather powerful transformations that are unfolding therein. With the Sun conjunct Mercury, Saturn, and Pluto, light has been being shed on certain facts, and the scales of Libra have to tip in one direction or another, as we can’t maintain fake smiles forever. It’s possible this weekend will see some decisive shifts, at least as far as committing to a certain direction goes. These configurations can see some intense feelings, and the Libra Moon attempts to weigh them all and keep a safe, objective distance from them. Such a balancing act can’t go on forever though, because fences are really uncomfortable to sit on after a while. We may know that we’ve got to fall off on one side or another and embrace whatever befalls us in good faith. This will require connecting with our own real, actual desires, total self honesty, along with releasing any attachment we may have to any specific outcome. NBD.  Mercury shifts into Aquarius today as well, which will see the mind more future oriented, and more willing to take on fresh perspectives that maybe felt too out there or entirely too radical before. 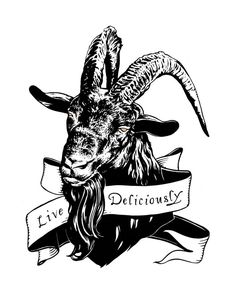 FRIDAY JAN 17.
Today, the Moon shifts into “do or die” Scorpio around 10:20 AM PST.  Here, the Moon is less afraid of the intensity of emotion or desire and readily embraces the dark underbelly. Forming a trine to Venus in Pisces, a square to Mercury in late Capricorn, and an opposition to Uranus in Taurus, may see us taking the path of least resistance as far as our own intense feels are concerned, and allowing the wave to take us wherever it will. Which, with Uranus involved, can actually be a pretty radical one. There can still be some indecision of course, but Mercury in Aquarius is unwilling to stay stuck in any mental ruts.  Friday looks interesting, with a focus on depth, pleasure, and even some wildcards. We may be breaking away from something to embrace something else more fully, and maybe it ruffles some feathers or throws a curve ball. With Venus in Pisces square Mars in Sagittarius, there’s definitely a lot of passion, and the spiritual dimension of interactions is extremely important right now. Relationships may play a huge role in challenging us to grow right now, and if they don’t, then we may not be interested, but instead repelled, and compelled into retreat, and compassionately detached, scientific observation. It’s highly unlikely that relationships won’t challenge you to grow under this math though. It’s kind of par for the course.

SATURDAY JAN 18.
Wow. This morning looks mathematically gorgeous. Phi AF. Early AM hours see the Moon in deep and passionate Scorpio trine Venus and Neptune in Pisces, and sextile Jupiter in Capricorn. Evening hours see a lunar sextile to Saturn and Pluto. Is someone getting a fucking secret wish granted or something? Because damn. This math just looks magically delicious. Today is well suited for chillaxing and reflective activities, and something can be having us feeling pretty content and inspired about going with the flow of our own feelings, desires, and instincts. Like, “I’m glad I followed my gut and just embraced my own feelings.” This math has a look about it that just spells “Whew.” There could be a lot to take in presently, so a lot of people could need a breather or time to reflect under these dynamic skies. The Sun also forms a sextile to Chiron today, which can reveal things that reassure us and bask a warm healing ray directly on to our ego structure somehow. Perhaps we learn that certain insecurities have been completely unfounded or that we’re actually in much better positions than we had thought. It’s some pretty reassuring, healing, and affirming math. Deeply spiritual as well. It could be a rather private day, but otherwise very chill vibes, -peaceful, and very emotionally dialed in.

SUNDAY JAN 19.
This morning see’s the Moon in the later degrees of emotionally intense Scorpio sextile the Sun, Saturn, Pluto, and building a trine to Chiron. If you need proof that you’re on the right track, this is it. In the afternoon, the Moon shifts into enthusiastic, horizon expanding Sagittarius, to conjunct Mars, trine Chiron, and square Venus in Pisces. This can see a desire to confront sensitive issues, and there’s a strong emphasis on emotional and/or sexual honesty, perhaps induced by a seeming, apparent absence of ....precisely that.  There’s a desire here to bring healing to a situation. The evening see’s the Moon sextile Mercury, which can see some very illuminating, honest discussions transpire. Something said, heard, or learned can be surprising, and enlighten us around something. It can be easier to take an elevated perspective on matters that evade being completely pinned down or sorted out. There’s a compassionate, healing, generous quality to these configurations that can see people really doing their best to do the right thing by one another, -and attempt to understand what that even is via honest and elevated dialogue. The lunar trine to Chiron can see more emotional courage to just tell it like it is.

Thanks for reading. Stay curious my friends. See you all next Monday.