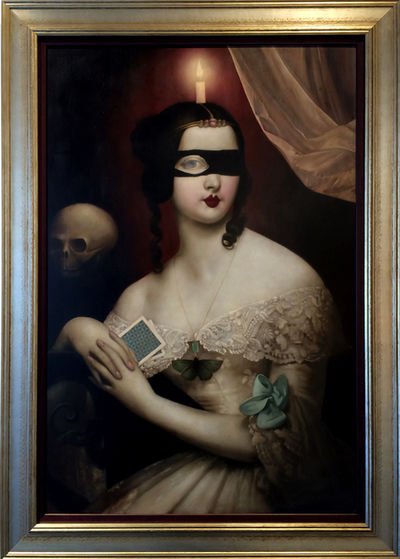 MONDAY NOV 4.
Monday begins with the Moon in Aquarius, trine Mars in Libra, while the Mars/Pluto square is exact at 20 degrees today. This could see some intense drives, feelings, and a wrestling with inner or outer demons coming to a culmination, in a bid towards liberation, emancipation, change, and revolution. The Moon/Mars trine encourages new directions, and a trine between Venus in Sagittarius and Chiron in Aries makes expanding horizons, stomping grounds, vantage points, reference points, and broadening our terrain, feel beneficial, pleasant, even healing. A subtle trine between Mercury Rx in late Scorpio and Chiron simultaneously assists in going over old ground, getting to the bottom of certain feelings, instincts, compulsions, obsessions, or hidden, buried things. Much may be coming to the surface that has been kept underground, repressed, stuffed down, or hidden away as Mercury backtracks through Scorpio. Things that have been held in can begin to work their way to the surface and begin a process of positive resolution. An expansion of interpersonal (Mars in Libra) territory (Venus in Sagittarius), and an emphasis on change, emancipation, shock, liberation, (Moon in Aquarius), can color most of Monday. Mars in Libra in exact square to Pluto, and an (ever weakening) square to Saturn, shows restraint in navigating intense instincts, drives, desires, and compulsions, or tricky feeling new territory. A Lunar/Mars sextile to Jupiter in the evening time makes efforts at expansion feel enlivening, and broadening our horizons and expanding our scope can feel positive, beneficial, and energizing, and a lunar square to Mercury can be adding new perspectives on old demons.

TUESDAY NOV 5.
Tuesday morning begins with the moon in the late degrees of Aquarius, trine Mars, and sextile Jupiter, which could see us ruminating over intense feelings, drives, instincts, compulsions, ghosts, skeletons, spooks, or obsessions with an element of detachment, in an attempt to make peace with things and find resolve/resolution. Around 3:08 PM, PST, the Moon shifts into sensitive, dreamy Pisces. A lunar square to Venus and a sextile to Uranus colors the rest of Tuesday, placing us in weird, exciting new emotional territory that could stimulate the imagination or even creative/artistic processes. With a Pisces lunar square to Venus, it could be easier to express emotions indirectly, (or via interpretive dance?), as opposed to revealing them directly to others. Either way, the Moon/Uranus sextile can provide some good creative fodder and some extra zang from the imaginal realms, as new terrain is entered or considered.

WEDNSDAY NOV 6.
This morning see’s a lunar trine to the Sun in Scorpio, a conjunction to dreamy Neptune, and a square to Venus in Sagittarius. As a Mars/Pluto square still simmers and provides energy for feats of endurance, these aspects stimulate the ideals, sooth, and increases our impressionability to a more alien aesthetic or sensibility than we are used to, as our scope widens, interpersonally or otherwise. The feelers are out, and picking up new signals and frequencies. It’s as if we are learning new languages or customs. A Lunar sextile to Saturn later adds stability, solidness, definition, and structure to something , perhaps an idea formed begins to show promise of materializing.Or we begin to feel emotional resolve or a sense of closure or completion around something, or a sense of determination to “see something through.” There is also a theme of "release" going on.

THURSDAY NOV 7.
Todays skies can have a rather indulgent, escapist, or highly romanticized/idealized vibe. A lunar conjunction to Neptune, square to Jupiter, and trine to Mercury in Scorpio, with a sextile to Pluto, can see some thoughts or conversations push into deeper or more “taboo” territory, or simply create a desire for quiet, reflective repose, fantasy, daydreaming, and big ideas, all fueled by a process of inner alchemy, obsessions, compulsions, and desires. Again, there is still a theme of "release", liberation and transformation being emphasized.  Feelings can be closer to the surface, even if cards are being played close to the chest. As the Moon inches ever closer to Chiron while holding a trine to Mercury Rx in Scorpio, this see’s a crescendo or build up to the weekend that hints at broaching new territory or emotional terrain and mustering confidence, even in the face of significant vulnerabilities, or perhaps as a way to address, face, or strengthen certain vulnerabilities via expanding reference points or otherwise broadening horizons.

FRIDAY NOV 8.
Friday begins with the Moon in self assertive Aries, conjunct Chiron, and trine Venus in freedom loving Sagittarius. With the lunar/Chiron trine, there is a lot of empathy, care and compassion in the air, but a simultaneous need to nurture the self and look after our own needs. If you don't really want to do something, don't. If you aren't feeling a "fuck yes" about something, don't guilt yourself into doing it. Mercury in Scorpio's link with Pluto is about connecting to and honing in on your real authentic desires, what really drives you,-  and being able to assert boundaries towards whatever or whoever interferes with that. It's like crackhead initiative. There is a pleasant, rather buoyant vibe that grows throughout the day with a strengthening lunar trine to Venus. Enthusiasm for generally broadening our horizons, people and places from other cultures or at a distance, or otherwise just opening ourselves up to some kind of “foreign influence.” We can feel a tad vulnerable in the face of new things, people, or situations, but perhaps is pleasant, welcoming, or refreshing to let in some fresh air and open things up in our world a bit, or let go of ingrained habits or patterns, perhaps involving relations with others. Positive lunar links to the asteroid Hygeia suggest that this can all even be good for wellbeing.

SATURDAY NOV 9.
Today see’s the Moon in Aries trine Venus, and square Saturn and Pluto. In spite of optimism and feelings of enthusiasm and general good will, something or someone may apply the breaks, or something causes delays. There could be matters that require more thought and contemplation, and it's a good time to slow down and process certain things to arrive at a more settled direction or conclusion.  A lunar opposition to Mars as well can see a need to perhaps attend to our own needs or something going on in our own lives, which can be at odds with the needs, wants, or rhythms of others now, or even our own desires or goals involving others. This is generally a subtly frustrating vibe, and with Pluto involved, there can be some intense undercurrents, instincts, desires, and compulsions involved that can feel somewhat unsettling, but can be channeled into creative or productive ends.  This can also spur some kind of action, but we can feel blocked by people or circumstances in some way, and have some steam to let off somehow. There’s a lot of resilience available though, and a lunar trine to Venus, and later, Jupiter, makes it easier to maintain a positive attitude and see the silver lining in things. There can be some major transformations and changes underway.

SUNDAY NOV 10.
Sunday begins with the Moon in late Aries, trine Jupiter, opposite Mars in Libra, and steadily building a conjunction with Uranus. This can see us in a process of breaking free of limiting circumstances, perhaps in regards to others, and expanding our territory or horizons with, through, or because of others. Later in the afternoon, the Moon heads into slow and steady Taurus, emphasizing the lunar/Uranus link up, which can see a plodding willfulness towards new, exciting possibilities, the unconventional, which can see a subtle “I do what I want” vibe underscore things going on now, and we are determined towards some kind of liberation and driven by powerful instincts, some of which might not even make any sense to ourselves or others, but authenticity and preservation of individuality commands us. We may also be getting to the bottom of what’s motivating ourselves or others.

Thanks for stopping by! Have a number one super instant success forever week. See you next Monday.