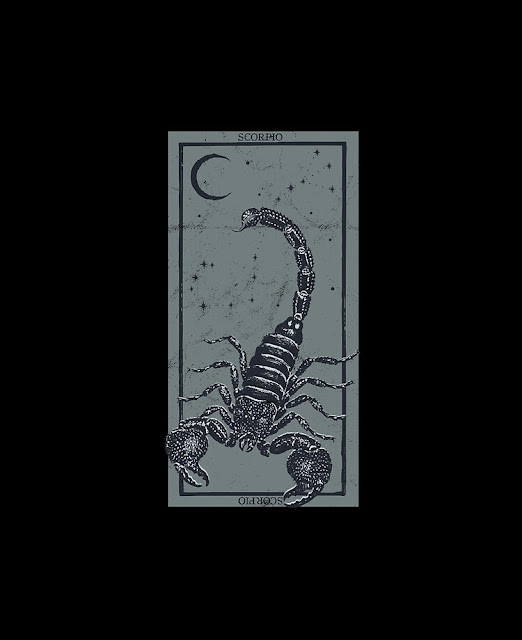 We begin this week with the Moon in talkative, busy, and multitasking Gemini in trine to Venus in Libra and sextile Chiron in Aries. In the early morning hours there’s also an out of sign lunar trine to Saturn in late Capricorn that suggests some serious talks and negotiations, and planning ahead sensibly. The lunar trine to Venus in Libra highlights unions, and harmonious cooperation. With Mercury stationing direct in Libra tomorrow (on election day) necessary compromises are under the spotlight, and with Venus also in this diplomatic sign, there is also a willingness to do so. Things can be a pretty frazzled scramble the week Mercury stations either direct or retrograde, and this week is no exception, although this week looks to end on a note of celebration. The Full Moon in Taurus has definitely signaled change, and with Mercury squaring up to Jupiter, Saturn and Pluto heading in to direct motion tomorrow, the organizational details and collaborative negotiations behind this push for change can begin to pick up a forward momentum. This momentum will increase even further next week when Mars also stations direct in Aries on Friday the 13th. So this week see’s a steady build up into entering a new phase, era, or territory. With the Sun now firmly in Scorpio territory this has brought the conscious awareness into more serious territory and can see a tendency to take notice of heavier topics, such as our own or others motivations, the ramifications of merging energies with others, "do or die" scenarios, life's inevitabilities and other such extremes. It can be tempting to take extreme positions or put all your eggs in one basket so to speak, but it may be more wise to assume a more flexible stance as more facts come to light in the coming weeks and months.  Today see’s a harmonious focus on partnerships, compromise, and collaborations, and there can be some pleasant exchanges, and with communications emphasized under the Gemini lunation, there can be an impetus and desire to seek common ground, compromise, and balance. With Mercury making squares to the focused and disciplined stellium in Cap there is a need to focus the energies towards completing a goal.

Today marks election day in the US. The Moon in Gemini trines Mercury in Libra which stations direct at 9:50 AM PST. The Moon also sextile Mars in Aries and squares Neptune. So there can certainly be a drive towards taking decisive actions or getting your opinion across, but the square to Neptune suggests some fuckery, confusion, deception, delusion, uncertainty, or straight up denial in the atmosphere. The Sun opposite Uranus can show a tendency towards extremism or radical positions fueled by utopic (or dystopic) idealism that can attempt to drown out more reasonable voices or undermine unity. Nonetheless, people can be determined to have their say, in the voting booth and elsewhere today, and there is certainly a push to do so, it’s just uncertain how much of an effect this is actually having on determining an outcome. Venus and Mars also engage in a rare opposition as of today, with Chiron also involved. This opposition, which will color the backdrop of November, highlights the need to strike a balance between our own needs and those of others. The desire for closeness, companionship and cooperation will have to find a balance with the equally powerful desire for independence, self determination, and freedom. On the macro scale this can see concepts such as “the social contract” come up against individual sovereignty, and the need to strike a balance and find an acceptable, reasonable consensus around how much individual rights and freedoms a person should be expected to resign in order to participate in society. On the interpersonal note, naturally this can highlight independence or freedoms we are willing to compromise in order to enjoy the benefits of partnerships, collaborations, or cohabitations. This transit can mark a period of adaptation and negotiation. Venus is at a point of unity in Libra, bringing people together, and the opposition to Mars highlights the ways they will have to adapt, compromise and move forward in order to reap the mutual benefits of this unification without sacrificing too much of the individual will.  You can already see the macro manifestations of these contrasts in the form of binary narratives that pit marxism against capitalism (as if these are the only paradigms that exist.) The opposition between Venus and Mars will challenge any black and white thinking and make it impossible to avoid the benefits of acknowledging nuance, because life, -and relating to and living harmoniously and happily with others- is simply not a black and white, binary issue. The (rather unsuccessful) attempt to institutionalize human relationships is a prime example of the complexity and nuance of human nature, and the equal complexity and nuance of the social, economic, and interpersonal fabric. Balance must be struck, and we must figure out a way to enjoy the benefits of cohesion and collaboration while also maintaining our freedom of self determination and self actualization, so that cohesion, unity, and cooperation is mutually beneficial to all parties, and the wills and potentials of each individual are enhanced rather than handicapped by being forced into making shitty, inauthentic compromises for the sake of people pleasing.

This morning begins with the Moon in sensitive Cancer trine the Sun and Juno in Scorpio, square Venus in Libra and Mars and Chiron in Aries, and sextile Uranus in Taurus. This is some pretty “revelatory”, “no bullshit” math. Although there’s some tensions and vulnerability present, some surprising things can surface, and some liberating actions can be taken that may ruffle a few feathers. It’s a feisty, emotionally charged energy that has a hard time being emotionally inauthentic. Later, lunar oppositions to Jupiter and Pluto in Capricorn and a trine to Neptune amplify things in a big, idealistic way, and indicate some major power moves and collaborative efforts are underway. This can also see someone trying to make a hard sell or up the ante somehow.  The lunar square to Mars is definitely agitating and instigating action, and major transformation, and this can be a somewhat irritable, pushy, and emotionally excitable aspect. Again, it’s feisty and has a bit of a “bite” to it, particularly in the morning hours, as there may be a feeling that certain concessions are not acceptable any longer and there’s no desire to pretend that they are. Attempts to appeal to people’s people pleasing capacities, guilt, shame, fear, weakness, insecurity, etc, will fall flat. Better to simply let people be themselves. The morning hours lunar sextile to quircky, non conformist Uranus can add some rebelliousness into the mix and people won’t be put into a box, backed into a corner. A lunar and solar trine to Neptune subtly softens things later on, but these configurations also indicate that a lot is going on under the surface, below the radar, and behind the scenes. Perhaps there's a lot to reflect on. One thing is clear, and that is that MAJOR shifts are happening, and we haven’t even begun the final eclipse season yet (Full Moon lunar eclipse in Gemini is on the 30th of Nov). With Mercury slowly picking up forward momentum and making powerful squares to Jupiter, Saturn and Pluto, much is coming to light and coming full circle, and much will continue to surface. Communications, news, and the written and spoken word can continue to have a huge impact, and today, can be really provocative, but the solar/lunar/ Neptune trine today is generally easy going, and prefers tranquility, beauty, reflection, self soothing, and peace, as a lot of big change is happening both without and within. There can be some interesting serendipities, synchronicities, and impressions today. Although there may be a lot to get done that requires taking action, there is also the temptation to take it easy and be indulgent and self soothing to help manage the pressure and make a transition period more gentle.

Posted by The Curious Girl at 7:46 AM