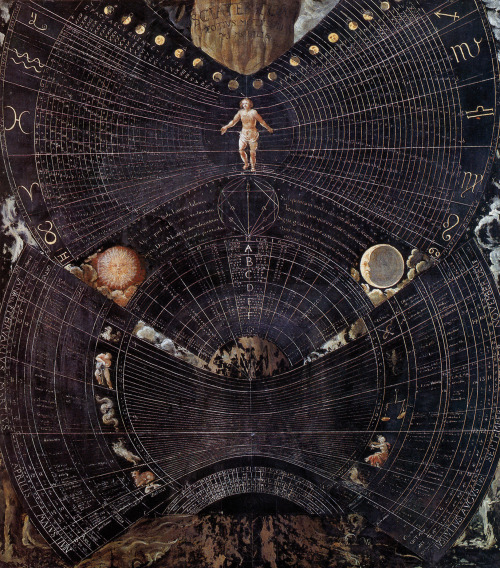 MONDAY MAR 16.
We begin Monday with the Moon still in optimistic Sagittarius, squaring the Sun in Pisces, and moving into Capricorn around 9:30 AM. This see’s the Moon sextile Mercury, which has now moved back into Pisces, and the Moon also forms a trine to Uranus and Venus in Taurus, and a square to Chiron. After a rather confusing and bemusing end to the weekend, this can see some news come in which requires some adjustments to be made, but not all this news is necessarily bad. This could actually see some pleasant diversions. Nonetheless, the lunar square to Chiron can highlight some vulnerability, with a need to make quick changes. The lunar link up to Venus can see some pleasant exchanges, and even though not much is predictable with Uranus involved, it’s still surprisingly stable. The Capricorn lunation can facilitate positive breakthroughs.This can see some innovative money moves, and as Venus comes into good relation to Mars and Jupiter over the coming days, optimism and drive can build for what is possible in the longterm. Needless to say, these configurations require innovation, but it appears to go smoothly for the most part. Venus through Taurus (with Uranus), is also seeing the strange, unusual, or unexpected become much more normalized and woven into the fabric of the every day. Evening time looks more pleasant and stable than the daylight hours of todays configurations, as that’s when the Moon links up with Venus. So the majority of today will see people having to make practical adjustments and think on their feet so that the machinery of life continues to function. From the look of it, things are going to be ok, perhaps even somewhat pleasant, even if we need to innovate around unpredictable circumstances that may throw us off a bit or leave us feeling a bit scattered or in a scramble.

TUESDAY MARCH 17.
Today see’s the Moon in no bullshit Capricorn conjunct Mars, Pluto and Jupiter (also in Capricorn), trine Venus in Taurus, and sextile dreamy Neptune -all while still spinning from lunar contacts with Uranus, the master of surprises and utter weirdness. So, it’s a bit of a low key, whacklesauce parade. There’s a lot to adapt to, some changes of plan, but these configurations are solid, stable, and clearly seeking to make the best of things and have a chill time. These can actually be some really energizing and positive configurations, and there’s a lot of drive, resilience, passion, determination, and adaptability behind them. A lunar semisquare to Mercury in Pisces can see a need to think before speaking, and to try to avoid reactionary thinking, or letting the imagination run away with itself into ultimately illogical, highly subjective places that form into entrenched opinions based on very little, if any, factual, reliable data, and ultimately, only lead to disharmony or frustrated, hypersensitive communications. Other than that very slight potential negative, this math looks really awesome for a lot of interpersonal harmony, overall pleasantness, and positive, even enthusiastic interchanges, and it shouldn’t be difficult at all to find upliftment and otherwise general benefit via exchanges with others. There will certainly be “impact” in the air, and finding enjoyment can actually come rather easily, in spite of the “serious” feeling nature of the planets in Capricorn. Don’t think that the goat doesn’t know how to frolic about and make the best of things. Mercury in Pisces forming a sextile to Uranus from the afternoon onward can definitely see some very illuminating communications, and a whole lot of insights, perhaps even some strange serendipities, synchronicities, ESP experiences, psychic downloads, or otherwise illuminating, surprising communications. It’s like a light of soundness, saneness, practicality, realness, and earthly physical/somatic wisdom attempting to break through a fog of confusion, delusion, fugazi, fear, paranoia, and uncertainty. Beautiful. It’s also a very inspiring and highly stimulating contact, spiritually, mentally, creatively, physically, -even aesthetically. Communications and cognition can be highly stimulating, and the mind can be more impressionable to new insights and ideas, and what’s seen, heard, said, read, watched, communicated, and exchanged between ourselves and others can have major (and by the looks of it) beneficial, even helpful, useful impact, in a practical, helpful, even physical/somatic way. It’s quite a growth spurt and major download for many. Deep, positive changes, with longterm, beneficial impacts. A sort of “awakening” going down, very clear perspectives are available, with insights, signs, synchronicities, or just straight up Taurean common sense/facts/reality that's difficult to ignore or deny any longer. Very illuminating.

WEDNSDAY MAR 18.
Today see’s the Moon in Capricorn form a grand conjunction to Mars, Jupiter, Saturn, and Pluto in Capricorn. It also forms a sextile to the Sun in Pisces, and from the afternoon, a square to Uranus in Taurus. To say things are pretty fucking weird and random right now is a bit of an understatement. It’s OTT really. These are some energizing and highly stimulating configurations, and there could be a restlessness present with the emphasis on controlled and constrained Capricorn, but it’s also indicating slow but steady progress, innovation, and “making due.” With the lunar sextile to easy going Pisces, relaxing ambitions and timetables a little and making space to dream, envision and improvise can help to steady and guide us intuitively , and get us in tune with our instincts, physically and otherwise, to navigate some intense changes, and an otherwise unpredictable landscape. Venus in Taurus is also now in trine to Mars, which is actually quite harmonious, steadying, and fortunate. This can see some pleasant interchanges, and passionate, (if subdued, and controlled), feelings. Mars in Capricorn is patient, controlled, strategic, calculating, resilient, discerning, and determined. Venus in Taurus is practical, sensual, physical, luxurious, artistic, pleasure seeking, aesthetic, and very much in the body. This configuration can definitely be a boon to anyone worried about their health, as it can see a boost in vitality, energy, and physical resilience. I’m laughing and shaking my head smiling huge right now because Nine Inch Nails “Physical” just started playing in my headphones on my playlist as I’m typing this. PERFECTION. Clever, Universe. Clever as hell. Well played. Around 6:30 PM, the Moon heads into rebellious, detached, rational, and humanitarian Aquarius, to form a sextile to Chiron in Aries. This can see an attitude of compassion, tolerance, and a sort of “unity” within limiting, constraining, intense, chaotic, destabilizing, unpredictable circumstances or dynamics (Moon conjunct Saturn, Pluto, and square Uranus.) Unity through complete and utter weirdness. Now “We’re In This Together” by Nine Inch Nails is playing. HAHAHA WTF. This is gold you guys. I can't make this stuff up.


THURSDAY MAR 19.
Today see’s the Moon in Aquarius make intermittent squares between Venus and Uranus in Taurus. This can see a somewhat unpredictable atmosphere around practical, monetary, and relational matters, and prompts some adjustments and innovations, and changes of plan or approach. Things are being shook up, and there can be a sort of radicalism in the air. It can see some unconventional approaches, or in some cases, some breaks for freedom from constraints, or displays of independence, individuality, or just all around doing things “differently.” This is not a “normal” time, by any means, so don’t expect people to “act normal,” because nothing is “normal” right now. A lunar trine to Juno in Libra can see some interesting or unconventional agreements in partnerships, business and personal, but overall it’s a rather detached atmosphere, and the Cap stellium emphasizes caution, patience, slowness, and restraint. The lunar square to Venus can definitely see relationships (and money, leisure, pleasure, practical matters) going through a bit of “strange”, and in a highly “experimental” frame. With the Moon in independent Aquarius, it’s a bit of a “you’re on your own with this one” vibe, but can also see some stimulating, and “interesting” exchanges or collaborations, or some unexpected, or unusual developments or interactions socially, interpersonally, or financially/commercially. Everything's weird as hell right now folks.

FRIDAY MAR 20.
Today see’s the Moon in Aquarius still squaring up to Venus in Taurus, who is holding hands with Mars. This can see a somewhat restless vibe, and again, nothing is normal, but it’s easy to get a kick out of the complete absurdity of it all. The Sun moves into Aries today, heralding the astrological New Year in the Western hemisphere, and signaling a time for fresh starts, and new beginnings. Happy birthday Aries! With Saturn in the final and fateful degree of Capricorn, and preparing to dip into Aquarius to give us a “preview”, it’s clear that old systems, structures, and ways of doing things are going to undergo some changes, innovations, and fresh approaches. As the Moon in Aquarius moves closer to Mercury as the day turns to evening and the evening wears on, there could be some unexpected news or communication that kicks off the beginning of the weekend, so it pays to be receptive and open to spontaneity this weekend.

SATURDAY MAR 21.
Today see’s the Moon in Pisces conjunct Mercury and sextile Uranus in Taurus. This can see some surprising insights, or out of the blue communications. The intuitive and psychic faculties are lit up, and we are primed for incidences of telepathy, serendipity, and synchronicity. This is a sensitive, imaginative, impressionable, and compassionate atmosphere. Heads up for creative people: inspiration can strike at any time. The potential for unexpected communications or even just “psychic downloads” is high, and emotions can be closer to the surface, which can make people more receptive to the language of the soul: dreams, intuition, symbols, animal sightings, repetitive number sequences, “coincidences”, and the like. Very receptive configurations, that can see some interesting communications transpire. It’s possible for some unexpected disclosures, as the Moon/Mercury/Uranus combination can break down and dissolve barriers between others. Later on, lunar semi squares to Mars, Jupiter, and Pluto in Capricorn can point to the fact that some feelings that are stirred can create subtly heightened emotions, and this can make it harder for people to communicate or express their true feelings about something, or it’s possible that we or others have really taken something to heart, or we may feel others don’t realize how sensitive that we actually are to something that’s been said or done. In either case, these minor aspects can intensify and magnify the feelings or the impact of communications (or the lack thereof, as Moon/Mercury in Pisces can be silent and retiring). This can make for some poignant inner processing.


Today see’s the Pisces Moon sync up with Neptune, and form a pleasant, dreamy sextile to Venus in Taurus. This is artsy and aesthetic AF. Very chill vibes. Dreamy, poetic, musical, romantic even. Great math for pottering about, and seeking to make things more pleasant, harmonious, and beautiful. These are some creatively and spiritually inspiring configurations that make it easy to freely disperse compassion and understanding to others. A very “live and let live” atmosphere that’s conducive to harmonious and peaceful interactions with others, but also conducive to enjoying tranquility in ones own company. Very suitable Sunday math. Saturn also reaches zero degrees Aquarius today, giving us a taster of things to come. There will be stops and starts, as it will retrograde back into Capricorn for some pop quizzes, and won’t officially be in Aquarius for the long haul until the end of the year. For the interim, Saturn gives us a teaser and brings attention to our mastery or lack thereof over our own individuation process, independence, the social sphere, groups, causes, humanitarianism, the internet, community, social networking, social media, -and our ability to think about, adapt to, and prepare for the future, -and anticipate future trends. People with Saturn in Aquarius are now kicking off the beginning of their Saturn returns.
Posted by The Curious Girl at 8:13 AM