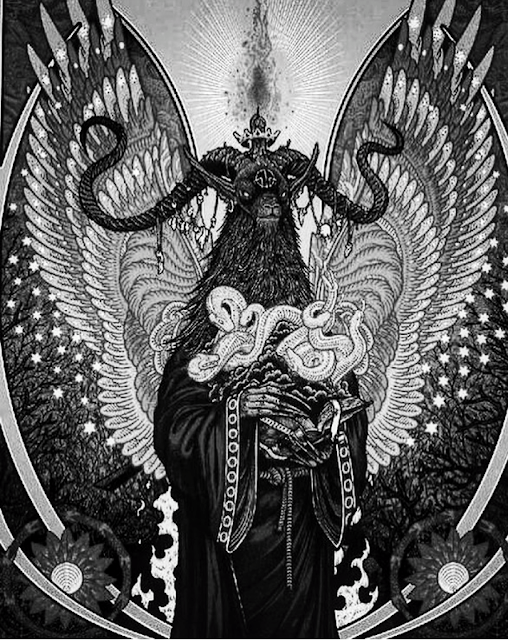 MONDAY JAN 6.
Today begins with the Moon in physical Taurus square Venus in unconventional Aquarius, and trine Pluto and Saturn in Capricorn. This could have seen some unexpected turns, surprising feelings, or situations arise over the tail end of the weekend that trickle into Monday.  As the Moon moves into the later degrees of Taurus through the latter part of the day it builds an opposition to Mars in Sagittarius. Theres a decided restlessness and subtle intensity growing that’s evident here, and perhaps the feeling that certain major decisions with permanent ramifications loom. Around 7 PM, the Moon shifts into communicative and multitasking Gemini, forming a sextile to Chiron in Aries. This lunation can highlight communications, and rev up the nervous system considerably. This can also see some tensions present, but with a harmonious lunar contact to Chiron there is courage and drive to resolve or confront it. This see’s Monday evening closing out on a rather busy and communicative note, with some mental and physical restlessness stirred in.

TUESDAY JAN 7.
Today begins with the lunar opposition to Mars still going strong, which can be energizing and have the nervous system pretty amped up. The afternoon see’s the Moon square Neptune, which can be a rather confusing, but creative and inspired energy that can have the imagination running all over the place to fill in any gaps. A quincunx to Mercury can see some indecision or vexation, and we can be trying to figure something out or understand the core reality of a situation. The square to Neptune can see us very sensitive and moods can swing from one end of the spectrum to another, and we can be very perceptive of nuance. It’s a spacey, confused and creative energy that’s good for creative and spiritual pursuits, as the feelings can be heightened and the nervous system primed and very sensitive to any and all stimulus, but clarity or certainty can feel somewhat elusive. It’s a good energy for fantasy, pleasant escapism, and dreaming up ideas about how to make life more pleasant.

WEDNSDAY JAN 8.
Today begins with a lunar trine to Venus in unorthodox and surprising Aquarius. This can be pleasantly stimulating and can see some pleasant breaks from the norm. We could be pulled towards whatever is unusual or outside of the box, and there is a liberating energy at play here. It can be freeing to embrace our independence, and break out of the confinements of a comfort zone that perhaps has become rather uncomfortable anyway. Later on in the day, the Moon in late Gemini begins to build a square to Chiron, suggesting that whatever is coming around the corner will activate a need for courage. With Mars in Sagittarius, this should come much easier than before, and perhaps we can relish the challenges, and embrace them with gusto. Moving into new and untried directions is a theme here, and with Venus in Aquarius we are attracted to what’s weird, unusual, experimental, way outside the box, or unorthodox at this time. This is a liberating Venus transit that can see some major decisions around entering uncharted territory, with Mars in adventurous Sagittarius pushing enthusiastically for a sweet, healing release, and unafraid to confront sensitive issues.

THURSDAY JAN 9.
Today see’s the Moon in emotionally sensitive Cancer, opposing Jupiter in Capricorn and in sextile to Uranus in Taurus, and square Chiron in Aries. This can see feelings considerably heightened and magnified. Change is the theme here, and these changes can feel rather huge, exciting, but also can make us feel vulnerable as well, and it’s clear that many people will be navigating sensitive territory. But again, Mars in Sagittarius is determined to confront this. The lunar sextile to Uranus in Taurus can feel somewhat invigorating and refreshing to the emotional pallet, and all kinds of surprising feelings can surface. There is a break for freedom evident here as well. An emotional liberation or catharsis process is underway here. Everything can feel “big”, with an opposition to Jupiter. With Saturn and Pluto’s involvement in all this as well, whatever is going on now will have ramifications for a long time, and after this week is over, things can feel permanently transformed and placed on an entirely new trajectory, so the energy of this eclipse tomorrow can feel somewhat intimidating.  This math is completely unprecedented. I’ve never seen anything like it. Later today, a lunar trine to Neptune adds a dreamy, inspired accent to things that can really see everyone in their feels. This is definitely suggesting some kind of release happening, and the imaginative and psychic faculties can be highly engaged. Like whoa man. MAJOR FEELS in this math. Holy shit.

FRIDAY JAN 10.
Today see’s the full Moon lunar eclipse in Cancer, exact at 11:21 AM PST. It opposes Mercury, Saturn, and Pluto, and trines Neptune. This creates an atmosphere that can feel like everything said and done now has major consequences or ramifications, permanent impact. With a trine to Neptune it can also suggest that something has to be released in order to embrace something else, and this can see people wrestling with inner battles between head and heart as the universe seems to be trying to push people off of any fences they’ve been sitting on and come to a final decision around something and accept the consequences and benefits of whatever that is more fully and whole heartedly.  This can feel challenging. I can’t help but notice the Sun, Moon, and Mercury squares to the asteroid Juno in this math, that suggests that for many, this may involve their personal lives/relationships in some kind of major way. Everything could feel kind of loaded somehow. This is a huge transformation that can feel like the hand of fate is at work, as with Pluto involved, many things can feel out of our control, least of all, our own feelings or desires, which can feel somewhat unsettling if you prefer to have control over your own feelings. The lunar trine to Neptune can see some intense longings. It can assist in catharsis and release, and in handing things over to the cosmos instead of resisting these powerful transformations. Surrender. Resistance is futile. Later the Moon builds a trine to Chiron, suggesting that embracing these intense pulls will instigate a very necessary healing.

SATURDAY JAN 11.
Today see’s the Moon in enthusiastic and inspired Leo trine Mars in Sagittarius and Chiron in Aries, and square Uranus in Taurus. Wow. This can definitely see some passionate and exciting energy, and some unexpected surprises. We can be driven to shake things up under this mathscape, and embrace changes that have previously felt challenging. Whatever has previously felt scary or uncomfortable, or that we’ve felt resistant to, we now embrace and go after with wholehearted enthusiasm, or begin thinking about it. This math just screams “Fuck it. Go for it. Just do it.” And it could feel really good and freeing, even if it's just in it's reflective, pupa stages. It has a vibe of flying your freak flag loudly and proudly and charging your butthole in the sun. With the Saturn/Pluto conjunction exact tomorrow, these are some major transformations. Don’t underestimate the powerful impact that following your bliss is having on your life at this time, this is some deep, potent, powerful shit. It’s almost scary. But whatever is unfolding now is surprisingly stable and durable. The story that the contacts to Chiron have told is an interesting one. Something that’s been internally or externally resisted or feared is now being enthusiastically embraced.

SUNDAY JAN 12.
Today see’s the Moon in Leo, and the only solid observable contact it makes in the early part of the day is a sextile to Juno. With the Saturn/Pluto conjunction exact today, this is a powerful time, and the Moon suggests a powerful coming together of sorts.  Relationships, and the passions play a huge role in this math. This is a warm, very strong energy. Some kind of decisive turning points are reached. The tarot cards that come to mind looking at this Math are The Sun and Judgement. It’s really potent, and life affirming.  Later, the Moon opposes Venus, and trines the asteroid Pallas. There is a highly spiritual component here regarding interpersonal involvements that suggests something higher at work in whatever is going on, and there’s a need to apply great wisdom and care with how it is all handled. Some sort of spiritual evolution is being catalyzed via interpersonal connections and situations, and whatever it is, -it isn’t trivial. There’s a lot about whatever is going on now that is completely beyond any previous reference points that we have. In other words, it’s unorthodox, totally new to us, and the asteroids involved suggests that it requires our due respect. I don’t know how else to put this, but a lot of people are dealing with fated soul contacts right now. This math is bringing in some big medicine with it, rearranging situations, and connecting us to others that have whatever it is our soul needs in order to heal, and further our own creative and spiritual evolution. It’s potent, perhaps even vexing stuff. With a Venus/Uranus sextile in the mix here too, there’s something really freeing, surprising, and totally out of the box about whatever is going on now. Shackles are removed and people want room to maneuver and experiment and explore potentialities and explore their individuality. This could see highly unusual, or otherwise unlikely alliances unfolding for a lot of people, or just very strange interpersonal/creative/and/or financial foundations being laid that could challenge any preconceived notions. New foundations.