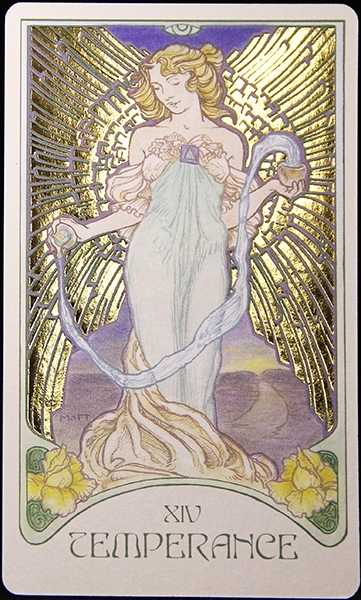 Today see’s the Moon in Taurus conjunct Uranus and square Saturn, emphasizing the Saturn/Uranus square. There’s still a lot of work to be done around changes being made and realities being faced, and Mercury in square to Jupiter today can see a lack of clarity, where intuition can easily be confused with high hopes or visions of worst case scenarios. In some cases, there can be some jangling news, reality checks, or just a bit of a murky swamp to navigate that makes it necessary to get priorities into order. Mercury just crossed over the Galactic center and will enter Capricorn tomorrow, which brings a more realistic and sensible perspective as certain facts of life are faced. The Moon goes on to sextile Neptune and trine Pluto, which can see a lot of compassion and empathy amidst unavoidable or inevitable processes. There can be a desire to take time to absorb things, and bring more focus and reflection on to a dream or ideal in order to sort out what’s possible from what’s not. This can  start to become more clear after the Full Moon.

We begin today with the Moon in the critical degrees of Taurus, where it enters Gemini at 12:49 PM PST. A lunar sextile to Jupiter can see optimism, generosity and positive intentions, while a quincunx to Mercury can see some indecision and a desire to get more focused and get to the bottom of something. Mercury enters Capricorn at 2:08 PM PST. This Mercury cycle can see the mind fixed on a goal, wanting to get down to the nitty gritty of things, eliminating waste, distraction, delusion, and anything unnecessary. It will station retrograde on the 29th of December, seeing an opportunity to reevaluate, innovate, and make solid decisions and agreements going forward that are based on a more realistic premise. Both Mercury and Venus are square Jupiter right now, and Mercury’s entrance into Capricorn helps to pair down unrealistic expectations into something more manageable and sustainable. There can be a mild sense of deflation, but this is only the case if expectations have been unrealistic or delusional to begin with. Tomorrow evening see’s the Full Moon in Gemini, which also aims to eliminate any premises that are based on delusion, fantasy, or a lack of realism.

Today see’s the Moon in curious Gemini conjunct Mars, trine Saturn, and eventually going on to square Neptune. This can see a desire to get certain talks on the table or get things stabilized. The Full Moon is exact at 8:08 PM PST this evening, exactly conjunct Mars Rx at 16 degrees. Unless you're on the east coast or southeast, you'll be able to see the lunar occultation of Mars, where Mars disappears behind the Moon. In some cases, this can see emotions blind people to the facts, even if they're painfully obvious. This decan of Gemini is filled with both inner and outer contradictions, with the aim being to reconcile the two. Associated with the 9 of swords in the tarot, a card of high anxiety, worry and sleeplessness, and a myth of a hermaphrodite, separated by the Gods, only to become lovers later, this decan evokes the struggle to reconcile contradictory and opposing realities. The popular romantic notion known in modern times as “the twin flame journey” is epitomized here. The pains of separation, the longing towards wholeness, paired with the potentialities of unification, creates a state that challenges those who experience it to make peace within themselves with this internal cycle of love and war, life and death, masculine and feminine, between the dualities of existence. Between a coming together, and a going apart, is a purgatory twilight that demands to be reconciled with. This can revolve around certain decisions. There may be a need to get more information before either throwing in the towel, or committing to a particular course of action. The Sun and Mars are directly opposed at 16 degrees today, so there can be a need for some inner alchemy, patience, and to avoid haste in the presence of impulse or urgency. Mercury in Capricorn is deliberate, careful, and calculated, while the Sun opposite Mars wants to bring up the FAFO chart “fuck around and find out.”

The Moon opposes Venus as Venus passes over the galactic center this morning. There can be a need to stay grounded, focused, and to control impulses early on, but as the day wears on, there can be a desire to explore certain talks, negotiations, or discussions to see if it’s possible to stabilize certain agreements. Venus and Hygeia are very close, so consciously or unconsciously, elements of health and healing are involved. With Mercury and Venus conjunct and squaring Jupiter, communications can be cooperative, generous, and charming. Avoid making promises that you can’t keep. There can be a need to seek compromise between your own needs and those of other people. The Sun opposite Mars persists through obstacles and tries to keep faith and optimism intact amidst any struggles, but it’s equally important to release what you don’t have control over. The Moon enters comfort oriented Cancer at 11:49 PM PST, seeing a more security conscious mathscape kick off the weekend.

The Moon in Cancer opposes Mercury this morning, which can see some doubts or indecision early on. There’s also a square to Chiron, seeing a sensitive and compassionate atmosphere, with a focus on well being through daily ritual with a lunar trine to Vesta. Venus enters Capricorn at 7:54 PM PST, squaring Jupiter and sesquisquare Uranus. The bar is raised high, and there’s a disinclination to lower it or compromise security for anything below standard. With Mercury and Venus now both in Capricorn, the focus is on quality and not quantity, as well as on longterm plans, things and people with longterm potential, substance, and staying power. Mercury and Venus in Sagittarius saw exploration and expansion, now there is a narrowing of focus and a desire to get serious and hunkered down about certain goals.

The Moon in Cancer is conjunct Pallas, sextile Uranus and Trine Neptune, seeing the morning get off to an inspired and imaginative start. There can be strokes of insight or inspiration as the day begins, with a strategy in mind around certain dreams or things close to the heart. Then the Moon forms a trine to Jupiter and Juno while opposite Pluto. This can see some intense feelings come up around relationships, with hopes and dreams deeply activated. It’s possible certain repressed feelings come to the surface. Mercury semisquare Saturn can feel a bit shy, awkward, or inhibited, but the Moon trine Jupiter and Neptune and opposite Pluto is just gushing with feeling, instinct, and emotion. Channeling intensity into something constructive can be cathartic.

The Moon in the late degrees of Cancer trine Jupiter this morning see’s a rich emotional landscape. There can be something to feel hopeful about, and desires can be strong. The Moon enters playful Leo at 12:09 PM PST, still trine Jupiter, and then forming a trine to Chiron. There can be a morale boost, or something to smile about. In the very least, there can be an inner courage and self belief that can be helpful for making creative changes, taking calculated risks, overcoming blockages, and innovating a way forward.

Posted by The Curious Girl at 2:23 PM