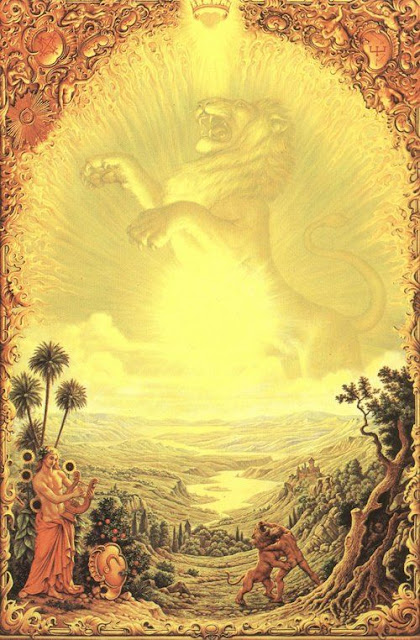 Venus is now directly opposite Pluto, a configuration perfected at 26 degrees. This can see people becoming more focused on what really matters to them, and what (and who) will still be around when all is said and done. In some cases, this can be felt as a sort of “test” of the resilience of certain endeavors, values, dynamics, projects, social and personal interactions.  Who and what is of value to us, and who and what truly values us in return. The Moon reinforces this configuration by entering Capricorn at 11:39 AM, forming a trine to Mercury in Virgo while square Jupiter Rx in Aries. This shows a practical focus, and there can be a sort of studious, or meticulous application here, and perhaps a proclivity towards seeing if certain dreams, dynamics, or situations are still salvageable. Whatever is extraneous, not working, or not going anywhere can be dropped so that energies can be funneled to the roots and limbs that actually have life in them, (and not just merely the idea or hope of it.) There could be some anxiety or vague worries. With Venus opposite Pluto perfecting along with Mars squaring Saturn, there can be a tendency towards black or white, all or nothing thinking, or a desire to get to the bottom of something once and for all, perhaps out of frustration. It might be wiser to take a more temperate approach if you find yourself feeling particularly thwarted, worried, or frustrated, as the conclusions people may leap to under these configurations may be fueled more by pessimism or submerged and frustrated desires than by the actual reality of certain situations. However, this shouldn’t impede constructive action taken on other fronts, and these configurations can be quite productive when it comes to making improvements or preparing ground to make room for positive changes, particularly around improving more vulnerable areas.

The Moon is squaring Jupiter in the early morning, which can see a restless start to the day. It also forms trines to Mercury, Mars, and Uranus, while squaring up to Chiron. Although there may be an element of vulnerability, anxiousness, vague worries, indecision, or perfectionism, this is pretty well camouflaged by a stoic, grounded and practical veneer. Any subtle vulnerabilities find an easy outlet in practical tasks, things within our control, making improvements, and our broader, long term goals and ambitions. The Moon opposes Venus in Cancer as the day wears on into evening, while conjoining Pluto and sextile Juno. Although moods can be up and down in certain spots throughout the day, the configurations at play are encouraging breaking out of particular ruts or patterns of stagnation to invite more opportunities for dynamic growth, upward mobility, and authenticity. Overall, these are some driven maths that can keep people busy and eager to improve their lot. The beauty and essence of the Mars/Uranus/North Node conjunction that we continue to feel the impacts of is that it’s oddly very tantric in nature. Getting the best out of it and unlocking it’s potentials comes down to wanting and valuing what you already have. It’s also an opportunity to recalibrate certain core values and to discard what is no longer relevant or appropriate to you. What is holding you back or keeping your spirit down?

The Moon in Capricorn conjoins Pluto, opposes Venus in Cancer, is sextile Neptune, and trines Mars in Taurus. There can be things going on under the surface we feel strongly about, and perhaps frustrated or blocked around for the time being. There can be a certain dreaminess or longing here, and it can also be that pleasure is available in humble places, doing humble things, if one is receptive to it. Mars in Taurus is patient, plodding and persistent. This math is about getting out of ruts. The Moon enters liberating Aquarius at 11:45 AM PST, where it will sextile Jupiter Rx in Aries, and set up a Grand Cross configuration at tomorrows Full Moon. The lunar/Jupiter sextile can set off an optimistic feeling. The Sun squaring Uranus reaches exact at 18 degrees, suggesting a growing courage to push past certain boundaries, embody more courage, and step out of certain comfort zones by taking some calculated risks that have perhaps been long thought about. In the very least, these configurations can see a desire to innovate around blockages or take action to incorporate more dynamism, vitality and joy into life. Venus at the most urgent degree of Cancer before the Full Moon can emphasize a need to be authentic, and can also create a desire for more pleasure, beauty and luxury.

Venus enters zero degrees Leo at 11:30 AM PST. This decan of Venus in Leo is the thirst trap decan. It can attract many people and things, but if deployed unconsciously, very few of the people or things it brings into orbit are actually desired or appropriate. With Venus still opposite Pluto for the time being, it’s important to pay particular attention to what you authentically want, and to vibrate and manifest accordingly, as the powers of attraction of this face of Leo in Venus are quite potent, and a confused, scattered, or incongruent vibration will bring confused, scattered, incongruent results. The Full Moon in Aquarius is exact at 6:36 PM PST, and sets up a Grand Cross configuration. This Full Moon at 19 degrees Aquarius opposes the Sun in 19 degrees Leo. This highlights a dichotomy between strong desires that we may be trying to detach from due to a lack of fulfillment or a sense of alienation and emotional coldness. It’s been an attempt to bring neutrality and objectivity to certain desires. Perhaps, the alchemy of these configurations speaks to the very thing in the way of fulfillment: An outworn identity construct. An outworn idea of how one is ‘supposed to be’, or what fulfillment is ‘supposed to look like’. In other words, ego hang ups that contribute to a lack of courage and stagnation. This lunation is conjunct Saturn, which can see certain limitations, inhibitions, shyness, or the weight of responsibilities more keenly felt or perceived, but it can also see the opportunity to get more serious in the coming weeks and months around matters concerning the house axis this lunation occurs in, which can see rewards for our efforts down the line. With Venus having moved into the first face of Leo, and the Sun squaring both Mars and Uranus, (though Uranus more exactly), it’s possible for more courage and bravery to become available that can spur on a sort of liberation process that can help clear the path of obstacles, both internal and external. This Full Moon can also see a certain higher ground of clarity being reached, and from this, we can carve out a new era based on a more realistic premise.

Early morning see’s the Moon in the late degrees of Aquarius, conjunct Saturn and square Mars. This can see an awkward combination between being impatient, and perhaps feeling a bit cut off from others, while at the same time, too shy or inhibited to do anything about it. However, there might also be some surprises. The Sun is also opposite Saturn, which can feel held back, while the square to Uranus overcompensates and is keen to go it’s own way. It's a vibe of breaking free from restrictions. The Sun trine Chiron however, is keen to rise above these sorts of weird conundrums and dichotomies. The Moon enters sensitive and dreamy Pisces at 11:44 AM PST, where it goes on to oppose Mercury. This influence isn’t super strong today or this evening, but tomorrow can see some anxiousness or indecisiveness around communications or commerce. There can be some thinking around how to approach something or get something off our backs (or chests.) The rest of today and this evening can be reflective, and Venus in Leo building a trine to Jupiter can see a focus on pleasure, love, art, fun and entertainment.

Today see’s the Moon in Pisces opposite Mercury in Virgo and semisqaure Pluto. This can see certain feelings heightened, but it can be hard to choke the words out or express what we might like to say. There can be indecision around whether or not to even bother trying, and a certain preoccupation with particular details or vague worries or hopes. The Moon goes on to sextile Uranus and conjunct Neptune, which can help out with some telepathic links or less direct means of “subtle hints or innuendo” in the atmosphere, seeing as how these configurations seem to make more direct forms of communication more awkward or intimidating, or riddled with the possibility of being misunderstood. It may be that there's just a lot going on, and energy can be sluggish or restful. There can also be some relief as well, perhaps shaking free of something that's been lowering morale or has been a burden on our backs, hearts, time, or psyche. These maths are sensitive to stimuli, seeking out inspiration, and are perhaps a bit anxious. It can be harder to think clearly as these configurations can be distracted by fantasy and a weird world of what if’s and other mysterious preoccupations. There can be some interesting insights and some lovely boons to creativity. The wee hours can see some really creative fantasizing, and perhaps a feeling of release. Tomorrow might see a bit more internal resolve or emotional courage, optimism and generosity. There can be a feeling of "putting something behind you" that can open up horizons a bit more, which can be a good feeling.

Today see’s the Moon in late Pisces conjunct Neptune, sextile Mars in Taurus, Pluto in Capricorn, and building a conjunction to Jupiter Rx and a trine to Venus in Leo as the day progresses. This can see a building up of emotional resolve around something. The Moon enters brave Aries in the afternoon PST, getting closer to Jupiter and holding hands with Venus, which can see more courage, faith and optimism building, like horizons are somehow wider and things are more expansive somehow. Although, the Sun/Saturn opposition can see a need to work through some issues of confidence or some other fears, blockages or inhibitions, or to simply get more realistic around our approach to something, trends are nevertheless encouraging, as restrictive influences are lessening. The day can be overall very pleasant, regardless of what people are doing, it can be easier to simply just enjoy it. There might even be some unexpected but pleasant detours, or in the very least, a feeling that something fresh and exciting could be around the corner, or certain blockages are finally lifting and getting swept out of the way, especially as Mars ends it’s square to Saturn tomorrow, and next week enters into a new terrain which will open up new channels to pursue that can be very beneficial, exciting, and expansive.

Posted by The Curious Girl at 6:34 AM