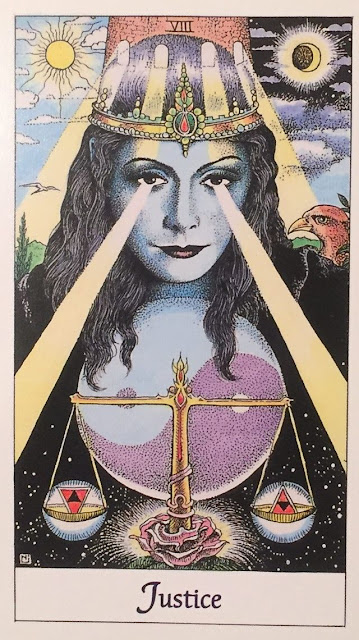 We begin this week with the Moon in playful, creative, and fun seeking Leo, making a sextile to the Sun in partnership oriented Libra in the early morning hours. This adorable mash up is emboldened by a lunar trine to Mars Rx in assertive Aries, and with the Sun in Libra making intense squares to Jupiter, Saturn, and Pluto, while opposite Mars in Aries, there’s certainly initiatives in the works with others, and much to play for. Mercury in penetrating Scorpio sextile to Venus in detail oriented Virgo can suggest that pleasant conversations can come easily, but there could be one particular ongoing conversation that consumes most of our attention, and in a pleasant and somewhat invigorating way, there is a lot to assimilate and unpack here, and some pretty radical changes and transformations going on that are making quite an impact. Mercury will station retrograde tomorrow at 6:05 PM PST, to backtrack through Scorpio, holding it’s position a while longer in opposition to unconventional Uranus. Interpersonally, and even commercially, this can be a very interesting, even radical time, with some quite unprecedented situations unfolding. On a broad scale, this can see a lot of investigative probing force some moments of reckoning, with some weird reveals and facts that need to be faced, looked in the eye and accepted, in the name of common sense. With Venus and Jupiter both trine in realistic Earth signs, high hopes are tempered by realism, and this can result in some very fortunate developments unfolding, realistic idealism is the key. The Moon enters Virgo late evening to accentuate the very physical element of Earth. Under the Virgo lunation it can feel good to get organized, grounded. It can feel pleasant to correct, eliminate, cleanse, and purify the extraneous bullshit from the micro and macro systems.

Today see’s the Moon in healing and simplifying Virgo, and we can be in for some pleasant surprises, or some unexpected but clarifying reveals, with the Moon in trine to Uranus in common sense Taurus, and sextile to Mercury in Scorpio. Minor lunar aspects to Saturn in Pluto in the early part of the day suggest we may need to express or clarify a boundary or share information that makes things more clear for someone else. It may feel good to do so, and a lunar trine to Jupiter in Capricorn can help to bring us more in alignment with our own integrity. It's a no bullshit type of vibe. It can limit options somewhat, but this also provides the ability to focus more intently on a much desired goal.  A lunar opposition to Neptune throughout today suggests that such clarity is needed, as there can be some confusion, perhaps simply missing information that has made a scenario or person hard to read. “You can’t please all the people all of the time” is another proverb that comes to mind when I view these configurations, but you can be more true to yourself, and doing so can have an overall beneficial impact long term. With Mercury stationing retrograde in Scorpio tonight at 6:05 PM PST, much of what is going on is under the surface, low key, or privy to only certain close confidantes. It can take quite a while actually for all of this to burst out on to the scene or be made known to all and sundry in any kind of obvious way. It could take until the beginning of December in fact, when Mercury enters blatantly honest, and truth seeking Sagittarius and what’s been cooking in the shadows of backrooms comes forth and begins making it’s results fully apparent. In the mean time, things are rather modest and low key, and much is still in the planning stages. This Mercury retrograde can help slow things down enough to work out the kinks of what is in fact, quite a lot of radical changes. It can feel like we are up against a lot, but simultaneously there is a lot of hope and a sturdy realism that provides the determination required to achieve our ends. Today’s energy is impressive in it’s ability to navigate a massive sea change and what may even be a radical upheaval with dignity and poise. The Moon/Venus conjunction suggests it pays to simplify, purify, organize, clarify, focus, improve, perfect, cleanse, and eliminate. This can apply interpersonally, as regards to relationships, social and personal, but can just as easily apply to the environment, personal possessions, money, and how we care for our body/personal appearance (Venus). This can be a time of preparation for some major revisions and reorganizations.

This morning see’s the Moon in Virgo conjunct Venus, trine Jupiter, Saturn, and Pluto in Capricorn, and opposite Neptune. There is a lot of hope and idealism here, but it is a realistic hope, that is willing to put in the work to make things happen. A lot of resilience present in these configurations. A minor tense aspect between the Moon and Uranus emphasizes the general undercurrent of “holy fuck these are some radical shifts”, and can see some actions taken towards ^that end^. The lunar trine to the Capricorn stellium (Jupiter, Saturn and Pluto), suggests a day that can represent somewhat of a turning point, and there can be a push towards completing a task or a process. Later this evening see’s the Moon enter partnership oriented Libra to oppose Chiron, which can see some sensitivity or subtle insecurity present, but also compassion. The Libra lunation can see mild frustrations or sensitivities that could seem somewhat magnified or overinflated. Equally though, there could be a lot of hope, energy and excitement.

This morning see’s the Moon in Libra, putting a spotlight on relationships, opposite Chiron. With Venus in anxious Virgo trine Jupiter and Uranus, then later, Pluto, things can feel unorthodox and larger than life right now. The Moon forms an opposition to Mars as well in the afternoon. It’s possible to feel both pleasantly challenged and overwhelmed right now, but the stellium in Capricorn syncing up with Venus is rock solid, sturdy, and calm. With Mercury in Scorpio having just stationed retrograde and holding an opposition to Uranus, things can be rather cognitively intense, with various shocks and revelations. It can be a lot to keep up with, but Mars Rx in Aries squaring Jupiter and Pluto has sheer will power and determination to drive the whole thing in a steady, if obsessed direction. With both the Moon and Sun in opposition to Mars now, this could involve relations and working together with others some how. The Sun/Pluto square is exact today at 22 degrees Libra, so some pretty intense negotiations and agreements are being made that could have longterm or even permanent impact, and change things significantly.

Today begins with the Moon in Libra conjunct the Sun, opposite Mars in Aries, and square Jupiter, Saturn and Pluto in Capricorn. This places a spotlight on cooperation, partnership, and relations with others in a rather big and transformational way, and with Saturn involved things require patience and planning, but it can feel like big things are brewing between/with ourselves and others. Things are in the works now that will significantly shift our paradigms and possibilities for the future, and with Pluto involved, this could change things forever. Things unfolding now will have lasting implications and impact us in deep and significant ways. Jupiter magnifies this energy and things can feel pregnant with possibility, but Jupiter in Capricorn is also staunchly realistic, taking measured, modest steps towards something that will eventually turn out to have an enormous impact. There is tremendous energy between ourselves and others now, with Mars in driven, enthusiastic Aries squaring Jupiter while the Sun and Moon in partnership oriented Libra does the same. Venus in Virgo trines Jupiter as well, and this signifies a team effort towards chipping away at details, times, dates, and various arrangements towards cooperative, collaborative, and mutually empowering ends. Mercury Rx in Scorpio squaring Uranus can see some radical truths emerging and this aspect can be rather bullshit and fuckery intolerant. It shines a light into what is being kept in the dark and occulted and makes hiding the truth rather difficult. It is a radical and fearless “tell it like it is without kid gloves” honesty. It’s the universes way of saying it’s time to stop running from certain truths. This isn’t a totally terrible Mercury retrograde and actually provides an excellent opportunity for refreshing insights, cognitive breakthroughs, and psychological insights. Very much outside of the box, and perhaps comfort zones. It’s a zany time. Definitely not boring, and in spite of how wild it all is, it’s surprisingly constructive. The Moon enters reflective and intense Scorpio in the final hours of the evening, intensifying the emotional momentum behind some already radical changes. “You could say things are getting pretty serious.”

This morning see’s the Moon in secretive and intimate Scorpio conjoined Mercury Rx, Juno (also in Scorpio) and opposite Uranus n Taurus. There can be a lot of inner excitement going on in relation to merging resources, skills, assets, etc with others. With the relationship asteroid Juno now in do or die Scorpio it’s all in or all out. No fucking around, half hearted, half assing, or dithering. Scorpio is all or nothing. So things can feel rather intense, life changing, and exciting now. There can be some deep or confidential conversations with others, surprisingly honest personal disclosures “on the downlow”, or we could receive some privileged information, or just be brimming with penetrating new insights into something. It’s a mentally rather juicy atmosphere. Evening time see’s the Moon trine escapist and otherworldly Neptune adding a touch of fantasy and an impetus towards tranquility and dreaminess. A lunar sextile to Venus in Virgo lends a pleasure seeking vibration here, but Virgo seeks pleasure selectively and moderately, and it can be pleasant to focus on ways to enjoy ourselves that also increase our wellbeing.

Today see’s the Moon in Scorpio sextile Saturn, Pluto and trine Neptune, suggesting that the time to dig into inner reserves and really get serious about actualizing something we feel deeply idealistic around is nigh. We can begin to feel more courage as we chip away at our goals, and the Venus/Jupiter trine being exact at 19 degrees confers a lot of promise and optimism around things that is also grounded in realism and has long term potential. There is a steadiness, sturdiness, and reasonableness here that can feel very reassuring amidst a backdrop of chaos. The Moon enters optimistic and explorative Sagittarius in the evening which can place emphasis on the distant horizon, widening our scope of action, travel, people and places at a distance/from other cultures, and expanding territory and freedom of movement. Next week will begin on a decisive and action oriented note that is focused on precisely that. Tally ho, sally forth, and such! God speed! There will be much enthusiasm and initiative around whatever this is.

Posted by The Curious Girl at 6:24 AM