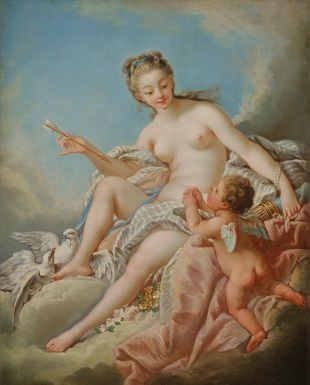 We begin this week with the moon in earthy and sensual Taurus, making a sweet and stabilizing trine to Venus in Capricorn, as Venus herself inches closer to Saturn. After the moon formed a square to Saturn over the weekend, reminding us of the need to be patient, and attend to our duties and responsibilities (no matter how excited we may feel to just "get to the good parts already,") the dust of many transitions is (slowly) beginning to settle into something more concrete.  Many deep transformations have been well underway that could have some potentially pleasant, solid and real results. The Week kicks off on a practical, if rather determined and ambitious bent, with our eye on some kind of pleasure, prize, reward, or indulgence that's required patience, sacrifice, committment, hard work, and determination of us. "Slow and steady wins the race." As Venus closes ever so closer to Saturn, we get what we deserve. This works out better if we have been committed to something or someone important to us.
At times, we may have wanted to run headlong into things, take actions impetuously, hurry a process, but the Saturnian emphasis has continued humming it's mantra of patience, planning, strategy, integrity, commitment, steadiness, consistency, realism, ...and common sense. If you've heeded this and held your ground, in spite of the restlessness, "wild cards", and the loud, demanding calls towards recklessness, urgency, or thoughtless action, and impetuosity, good on you. Your rewards will be sweet, your foundations will be sturdy, and your ship will be sea worthy. 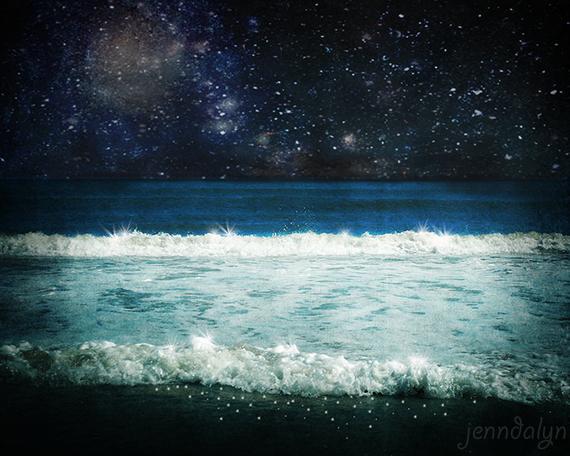 Speaking of the sea...Mercury, planet of communication and the mind, has moved into sensitive and emotional Pisces as of Sunday the 10th, placing our thoughts and communications in a more imaginative and sensitive plane, as it draws closer and closer to Neptune in Pisces, and Chiron, who is in the final degrees of this boundary dissolving sign. Some sort of catharsis is being stirred, as we confront various longings, fantasies and illusions, and release a store of psychological and emotional detritus that we've held on to for perhaps.. a very long time. This will also give us a chance to realize some long held fantasies or ideals that we've nursed for ages.
Mercury won't be at it's most logical in the realm of Neptune, and is considered badly debilitated here, as  far as following directions, keeping a schedule, staying organized, and checking off a to do list goes, but this will certainly be fuel for the poetic imagination. Neptune being the God of the Sea, there are many unknowns about the deep, dark ocean. Unknowns of what is and is not possible. With Mercury, Neptune, Chiron, and Lilith, all in emotive Pisces, certain fears or unseen psychological complexities buried under the surface of consciousness could be faced and released, as we take a plunge into the deeper, dreamier, and less rational realms. We can begin sorting what is possible from that which simply, is not.  Saturn in Capricorn will help to assist us and keep us grounded firmly in reality throughout this process of sorting the gold from the dross, the ideals that are achievable,- from those that are best laid to rest. Having dreams and fantasies can be a wonderful elixer that keeps us striving to be our best selves and experience our best life- or conversely, can be just another clever way in which to torture ourselves into a divine discontent.

Easing our own as well as others suffering may be part and parcel of this transit. Pisces is about completions. An ending of a cycle. The sea is where things go to dissolve. It will become important to be especially clear to others and with ourselves, as the energy of Pisces gathers steam, as there can be an element of confusion, fantasy, and a blurring of boundaries that comes with such emotional hypersensitivity. The function of Neptune is generally that of an anesthetic, an escape from pain, and with the planet of cognition here, there could be some full scale denial going on in some cases, and for others, just a concerted effort to make the daily grind of living a bit more fantastical, poetic, and serene. Suffice to say, it isn't the most rational or "together" face of Mercury, -but a wonderful storyteller, with a penchant for altered states.

MARS IN TAURUS:
Happy Valentine's Day!
Midweek, on Wednsday the 13th, the Moon enters busy and chatty Gemini.  There could be a lot of movement and communications going on, a lot of errands, possibly even travel for some.  The chaos and wild cards aren't completely over yet, but Venus in steady and determined Capricorn is perservering enough to cut through all of the whackness and maintain a steady course. A lunar opposition to Jupiter in boundless Sagittarius suggests an inflated enthusiasm, and perhaps some nervous excitement, as if something "big" is about to happen. Maybe the (somewhat stifled) excitement and restlessness experienced over the past weekend begins to find it's outlet manifest in concrete form at last. Uranus in Aries, still conjunct Mars in the final degree of Aries, now forms a sextile to the Sun in Aquarius, while Luna trines it. This suggests a cohesion of wills forming towards an exciting or refreshing change of scenery. 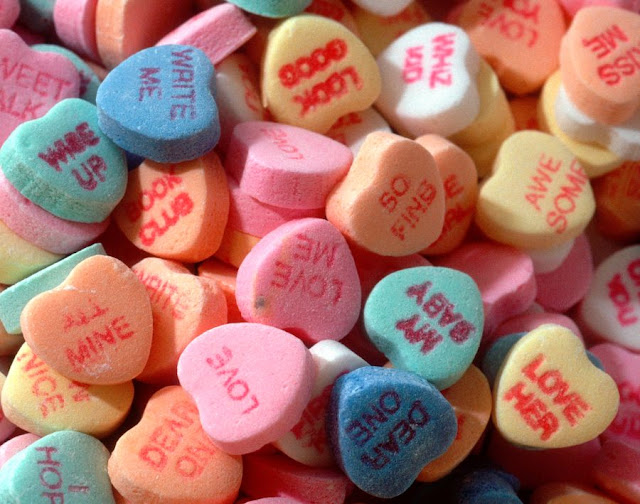 In the very wee hours of the morning of Valentine's day itself, Mars enters zero degrees Taurus, creating a decided shift towards a more slow, plodding and sensual pace, that will blow a kiss to Venus in Capricorn, forming a supportive trine. This could portend some long awaited developments that are finally becoming more tangible. "I can touch it! Feel it! Hold it in my hand!"

The moon spends Valentines day in chatty Gemini, which shows a lot of talking and multitasking, perhaps a high strung sort of day, of travel, errands, communications.

This could build up to be an emotionally heightened time however, as the moon shifts into sensitive Cancer early in the AM the very next day. Fantasies, ideals, longings, romanticism, and emotions combine to create a wallop of an impact (and perhaps heavily loaded expectations as well), in the name of love, comfort, romance, security, pleasure, and enjoyment. With the Moon in opposition to Venus, then Saturn, and eventually Pluto, it will be important to steer clear of putting entirely way to much pressure on our relationships, or allowing our relationships to put entirely way to much pressure on us. Expectations in love can be pretty inflated this time of year, and these particular configurations can make people want to really go all out for their loved ones, feeling a need to live up to extremely high (inhuman?) ideals. If you happen to be coupled up, enjoy eachother, enjoy what you have together, make the best of each (very human) moment, -and try not to give yourselves a complex about it or hold it all up to impossible standards.

Conversely, this could also make people who are without a significant other feel extra emotional about that this week. Whether that be in the form of pining over an ex, someone unavailable, or feeling an intense pressure to locate "The One", -let us not forget "Singles Awareness Day" this week folks. My advice here however, remains the same: If you are not pair bonded, enjoy yourself, enjoy what you have, make the best of each (very human) moment -and try not to give yourself a complex about it or hold it all up to impossible standards. 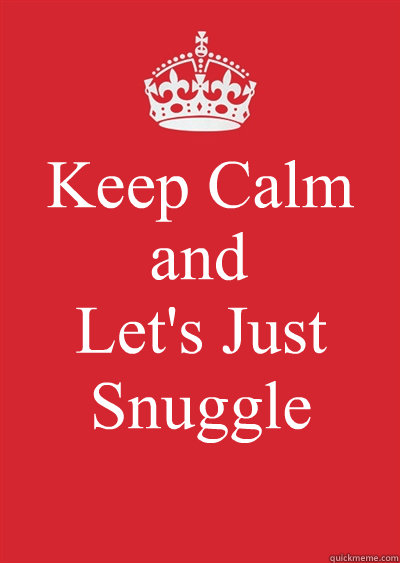 The majority of the weekend see's the moon at home in her own sign of rulership, Cancer, where she is usually most comfortable and at her comfy, emo best. For the reasons mentioned above however, the only pitfalls to avoid here are unconsciously placing a lot of pressure on ourselves and on our relations (or lack thereof). As each time the moon enters her homeslice Cancer, for the next long while, she will be pelted with the high expectations of Saturn, Pluto, and the South node in Capricorn. The main difference here, is that Venus, the planet of love, is also currently in serious and commited Capricorn.
This could actually sweeten this usually intense configuration a bit, and provide an opportunity to release burdensome expectations and pressures on self and others, and learn to ease into the comforts on offer, as we relax our expectations just enough to allow our simple humanity to emerge.

Aside from the above mentioned precautions, this looks set to be a rather cozy, (if, again- very emotionally heightened) weekend. Another peak experience perhaps?  Needless to say, with Mars, Venus, Saturn, Pluto, and the South node all in earth: Shit is definitely getting real. There could also be talks of shared dreams or visions, or simply solitary thoughts and daydreams of "all that could be." 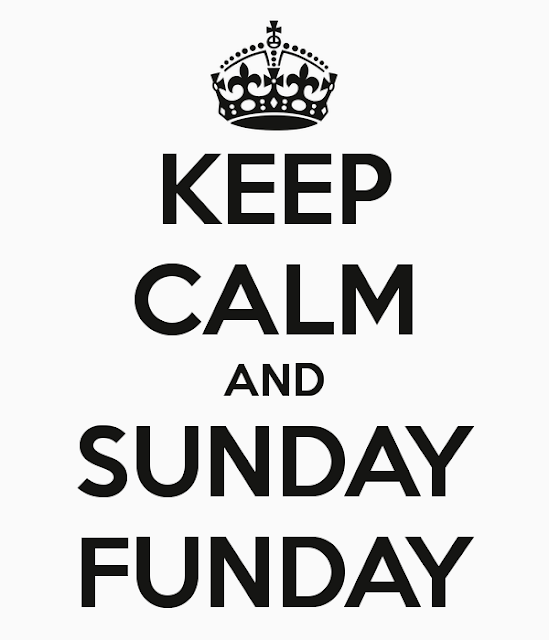 Sunday will see the moon shift into dramatic and theatrical Leo, placing the emphasis on fun, entertainment, expression, glamor, theatrics, playful competition, and creativity. The day begins with the Leo moon forming a square to Mars in Taurus and Uranus in the final degrees of Aries. This suggests spontaneous actions, livening things up, perhaps a bit of a raucous "party atmosphere", (or in the worst case scenario, agitation, argument, drama, spats. Keep it clean people. Do try to be more creative than that.)

Midst all this, Saturn's sextile to Mercury freshly in Pisces suggests that perhaps some dreams, ideals, and longings we've envisioned for a long while can begin showing evidence of a slow and steady process of materialization and actualization. All in all, Sunday could be a good day for an outing of sorts, or doing something spontaneous, fun, and enlivening to the spirits. It certainly won't be a "boring" day.

Thanks for stopping by! I hope everybody has a wonderful week.