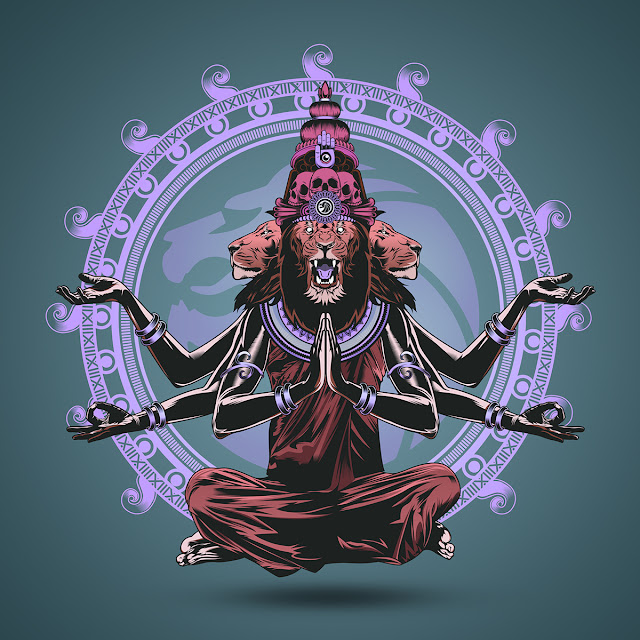 The week begins with the Moon in Aries conjunct Jupiter and Chiron Rx, while semisquare Mars in Taurus. The Moon goes on to also trine the Sun in Leo.  The early part of the day can be slightly irritable with the lunar semisquare to Mars, and there can be a bit of vulnerability for one reason or another, and the conjunction to Chiron can see a desire to look after loved ones. A bit of a protective instinct can be apparent, and there can be a lot of empathy here as well. The lunar conjunction to Jupiter isn’t super strong, but there can be a desire to maintain optimism in spite of potential frustrations or changes in plans. The Sun is still opposite Saturn and square Mars, although in good news, Mars has relented on it’s opposition to Saturn. This awkward Sun/Saturn opposition will ebb off as the week progresses, but for the time being is still active and a bit frustrating and grinding. A Sun/Neptune quincunx can accentuate feelings of longing or sensitivity to the environment, and perhaps a desire to escape reality. There may be certain cues or circumstances that call for simplifying plans, or pairing down and reducing expectations, but some people will want to push ahead with things anyway, which could potentially add to tensions. Venus in Leo in trine to Jupiter wants to party and enjoy itself. Other influences are less accommodating, so there may be certain things going on that cramp the party vibes for the time being that call for a more realistic approach.

The Moon in late Aries is squaring Pluto while trine the Sun as the day kicks off, which can see some intensity behind things. A strong desire to shake things up and have a good time can feel at odds with other things going on, and the Sun still opposing Saturn can make it feel like certain forces are stopping people from doing what they want or generally hampering the vibe. The Moon square Pluto can generate intense feelings and produce a sort of dramatic or foreboding atmosphere that makes things feel kind of heavy or loaded. The Moon enters easy going Taurus at 7:22 PM PST, where the Moon will square Venus and insist on simplifying things and staying grounded, which may be at odds with more extravagant and boisterous vibes that want to let their hair down and party like Andrew W.K. There can be a certain awkwardness in the atmosphere that makes it slightly difficult to completely relax, or a sort of hemmed in feeling, but again, the Sun opposite Saturn will lessen as the week wears on. In the meantime, the Sun squaring Mars, while Mars is trine Pluto can see excess energy funneled into sweeping changes or revisions that need to happen anyhow. There can be a clearing out process in certain regards to make room for fresh energy.

The Moon in Taurus (exalted) is squaring Venus while semisquare Neptune, and goes on to conjoin Uranus, which can see a certain restlessness or excitement building throughout the day. There can be a drive towards pleasure, and things can be surprisingly pleasant. The Sun squaring Mars while still opposite Saturn can see frustration funneled into tremendous productivity and perhaps sweeping changes. There can be an innovative vibe building throughout the day and perhaps a need to think on our feet, or in the very least, have alternative back up plans should it be necessary. This is brought home even more when the Moon forms a trine to Mercury in crisis prevention Virgo, which is opposite Neptune, and this can see tomorrow filled with communications and perhaps last minute action plans being formed, or a need to accommodate the unexpected. Things can feel a bit uncertain, and there can be edgy or unpredictable influences to contend with that can cause a bit of anxiousness.

The Moon in Taurus squares the Sun and Saturn, while conjunct Mars, Uranus, and the North Node, and trine Mercury in Virgo and Pluto in Capricorn. There’s a need here for resilience and resourcefulness, and Mars at the most urgent degree of Taurus can see some impatience with certain situations or circumstances. This decan of Mars in Taurus is not easy. Venus trine Jupiter keeps spirits high and courageous in the face of any challenges. A lunar sextile to Neptune later on can see compassion and sensitivity to the environment, an “ear to the ground” sort of vibe that operates on instinct and responds accordingly. A lunar semisquare to Jupiter suggests that there are options and alternatives if certain plans go awry. The Moon squaring Saturn and the Sun can have people feeling a bit at odds with certain things that are happening, and for one reason or another, it can be a challenge to stick to a time table. Mercury opposite Neptune can see compassion and humanitarianism, but also foggy thinking or a lack of clarity, while the trine Mercury forms to Pluto scans the environment for anything that requires a rapid assessment or quick action, -or signs that certain challenging influences will let up.

The Moon enters multitasking Gemini this morning, which will be followed by Mars tomorrow. The Moon in early Gemini is conjunct Mars in 29 degrees Taurus. Mars in this decan of Taurus is difficult, and is associated with folly, disaster, and hubris. It could just be annoyance with small things. The most positive octave of Mars in this face of Taurus is expressed as courage in the face of great challenges. As the day progresses the vibes change pretty significantly and mellow out quite a bit with the Moon in sextile to Jupiter and Venus. There can be a general pleasantness and sociability, and generosity in the atmosphere that can take the edge off of Mars in it’s final degree of Taurus in tension with the Sun, although there can still be a bit of impulsivity driving certain things. An awkward solar quincunx to Pluto can make it hard to find a sense of direction, and there can be a bit of a compulsive drive or a certain heaviness that people are eager to escape from.

Mars enters Gemini at 12:56 AM PST, which see’s the planet of passion, assertion, aggression, and conflict in a prolonged journey through the sign of the twins. Look to the area of your chart ruled by Gemini to see which life area will be energized by this extremely long Mars cycle. The Moon in Gemini is trine Saturn Rx in Aquarius and sextile Chiron, and goes on to square Mercury and Neptune as the day wears on. There can be a sensitivity here, and a desire to lighten things up, but also some uncertainty or nervousness that we can be keen to stabilize. There’s an emotional resilience and inner stability with the Moon trine Saturn, and a lunar conjunction to Pallas suggests a need to retreat or form a strategy. The ingress of Mars can be felt as quite a sea change, and there can be an excess of energy or stimulation that can overtax the nervous system, but there can be a lot of variety available as well. Things can be a bit confusing or uncertain, and there can be a lot of weighing up pros and cons. With the Sun no longer opposing Saturn, things can be lightning up and feeling less tense or constrained.

The Moon in talkative Gemini is trine Saturn for the early part of the day, and sextile’s the Sun, and squares Mercury and Neptune, and goes on to square Jupiter when the Moon enters Cancer at 5:29 PM PST. This can see a day focused on unwinding, relaxing, hunkering down, and perhaps planning ahead or preparing to innovate if necessary. Venus trine to Chiron can see some healing relief or some kindhearted influences can boost morale and uplift the spirit. The Sun square Mars wants to take risks and feels less held back and constrained by Saturn. A good day to settle into the Mars ingress. This passionate planet stations retrograde on Oct 30, and won’t go direct until Jan 12th of next year, so the area of your chart it’s traversing gleans extra emphasis and importance during this Mars cycle.

Posted by The Curious Girl at 1:13 PM