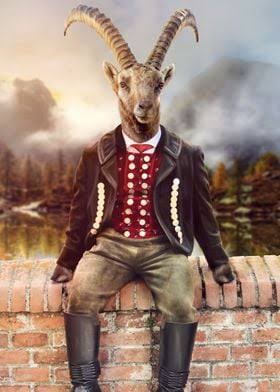 Today see’s the Moon in cozy Cancer opposite Pluto and Mercury in Capricorn and trine Neptune. We may feel the pressure of duties or responsibilities now, and it can feel tempting to just escape from them and seek comfort and self soothing. But it’s possible that there’s certain things that just can’t be overlooked anymore. With so much emphasis on Capricorn, there’s a focus on reality, accountability, stability, sensibility, goals, ambitions, and structure. The Moon goes on to oppose Venus which just stationed retrograde in Capricorn on Sunday. With Venus and Pluto still very close together, there may be some intense transformations going on that can be rater preoccupying. A reevaluation of all things Venus ruled will be occurring through to March 2022. A Venus retrograde isn’t typically the best time to begin brand new relationships, partnerships or initiatives, it’s better for restructuring, reflecting and reevaluating, or perhaps revisiting something (or someone) that was previously shelved. Some relationships will come to an end or be sorely tested during this retrograde. Venus/Pluto can see power struggles, compelling pulls, or simply make love or interpersonal matters feel intimidating in some way. Everyone wants to be taken seriously. Already established relationships that are built on healthy foundations will emerge from this period strengthened, those that are not can see the door be firmly closed shut, as Venus/Pluto makes indifference virtually impossible, but in the cool sign of Capricorn, people can be playing their cards very close to their chest. These configurations highlight the need to be extra discerning, and to take your time! Don’t be surprised if you hear from people from long ago during this retrograde, such as ex’s or old friends, old crushes, even just people you thought you’d never hear from again. These configurations can see plans being hatched that could take a lot of time, diligence, and patience to bare fruit, but this retrograde period can present everyone with an opportunity to make some course corrections or reflect upon the choices before them.The connection between the Sun and Jupiter right now can see optimism, and there can be some opportunities available for expansive initiatives and signs of positive growth or promising returns.

Today begins with the Moon in late Cancer building a trine to Mars in adventurous Sagittarius while still opposite Mercury and Pluto in Capricorn. This math speaks of being pushed pleasantly out of our comfort zone and into pioneering new terrain in some fashion. The Sun makes it’s annual ingress into Capricorn at 7:59 AM PST, to begin the Winter Solstice. Happy Birthday Capricorns! The Moon enters fun seeking, enthusiastic Leo at 1:54 PM PST, bringing people more out of their shells. The Moon trines Chiron and Mars, while opposing Saturn and going on to square Uranus. We may sense that there may be some challenges, blockages, or hard work ahead, or feel challenged by entering into untried or unusual new terrain, but the lunar trine to both Chiron (which is now direct in Aries after a long slumber) and Mars in adventurous Sagittarius can instill confidence and boost morale. There can be excitement about certain changes unfolding now. Saturn will perfect another square with Uranus on Thursday, and this can see a sort of adaptation process that has been underway for some time, perhaps where we try to cope with the need for structure and stability on the one hand, with our need for freedom, experimentation, and excitement on the other. In either case, we are doing things much differently than perhaps ever before. Venus retrograde on Pluto calls for a careful evaluation of anything that could be binding, for better or worse, and people want to know where they stand with others, whether in business, socially, or interpersonally. Mars in positive connection to Chiron can help overcome any weaknesses felt around asserting ourselves, which can help provide the courage needed to push things into new territory or to reach points of clarity.

Today see’s more action and courage, with the Moon in the brave lion trine Mars and Chiron, while squaring Uranus and opposite Saturn. This can see us driven to confront barriers to progress, whether self imposed or externally generated. There is a courage and assertiveness here that can push things to new levels, but there can also be considerable vulnerability, nervousness, pressure, and anxiety. In some cases, this can see some folks deliberately escalating a situation to “get the other shoe to drop” or to address anxiety or uncertainty around situations or dynamics that have felt “stuck", stagnant, or entropic. With the Saturn/Uranus square perfecting tomorrow, there can be a “something’s got to give” feeling around a particular scenario or dynamic, that perhaps can be felt very strongly. There can be some unexpected surprises unfolding, and people can be unpredictable. There can be excitement in this mathscape, but for some, it can all be a bit too much or over the top, with Mars in “go big or go home” Sagittarius. Nonetheless, it certainly isn’t a boring time. With Mercury trine Uranus, we can receive news or communications, or even packages out of the blue that maybe we’ve been waiting on for some time. There can be a bit of a party atmosphere unfolding here, even with the Moon opposite Saturn. The Moon in Leo wants to play and seek enjoyment and good times, and could shake things up to make something fun happen.

Today see’s the perfection of the Saturn/Uranus square, which can see a need to compromise between responsibility and our desire to be a free agent come to a head in some way. This configuration also highlights a need to overcome any feelings of inadequacy around our own unique gifts and abilities, or ways that make us stand out from others as a “weirdo” or an “outlier.” The Moon in late Leo opposes Jupiter, bringing to light the need to fly our own freak flag, and this can see an indulgent atmosphere focused on fun, creative expression, enjoyment, and playful competition. The perfection of this Saturn/Uranus square can fray the nerves due to the competing life sectors that may be clamoring for attention, and it can be a bit destabilizing. Saturn and Uranus won’t square off like this again for years, so take solace in the fact that after tonight, you won’t have to worry about this configuration again. The lunar opposition to Jupiter can be fun, exciting, and indulgent, but there can be a lot going on all at once, so prioritize accordingly, and don’t over book yourself or take on more than you can feasibly handle.

Today see’s the Moon in practical and detail oriented Virgo, trine Mercury, Venus, Uranus and Pluto, while opposite Neptune. Boy howdy. The Venus/Pluto conjunction also perfects once again, in 25 degrees, and this could see some pleasant intensity or positive breakthroughs that perhaps comes as a surprise. The difference this time around is that Mercury is also conjunct Pluto, so this can see some news or breakthroughs in communications involved. Something we see, hear, say, read, or conversations we have, people we meet, or collaborations, goals, or projects we're involved with can have quite an impact or see significant turning points now. Mercury sextile Neptune can help dissolve boundaries and barriers and make it easier to approach people, situations, or topics or enter new territory that maybe we found a bit intimidating before. This is a very earthy sky, and there can be some really pleasant exchanges, advancements, physical meetups, unexpected gifts or visitations. Conversely, it can also just be really busy, with a lot going on practically, so if you need to step away from the action for some moments of reflection or just to catch your breath, do so. This can be an exciting and experimental time, with things heading into new terrain. There might definitely be some unexpected, but pleasant surprises, or "upleveling" in some way. Love relationships, social get togethers, or positive news financially or in regards to creative projects or long term investments is highlighted. We may be drawn to unusual, artsy or spiritual types, or there can be something unusual or even serendipitous, powerful, and exciting about whatever is unfolding now. It's a lot to take in.

Today see’s the Moon enter partnership oriented Libra, placing the focus on harmonizing with others. The Moon here squares the Sun in Capricorn and opposes Chiron. There may be some sensitivity or vulnerability to navigate in regards to balancing our needs with those of others. We can be aware of anyone that perhaps isn’t very happy or is struggling right now, and it’s possible that there’s some misunderstandings, poor timing, or overlapping commitments to navigate. Later, the Moon sextile’s Mars and trines Saturn in Aquarius, and this can see initiatives towards stability, perhaps a desire to spread good will and cheer to those in need. Put your energy where it’s appreciated, and don't overextend yourself. This math can see some positive collaborations between others, and there is motivation available to get some good foundations established. With the emphasis on Capricorn, being discerning about where we put our time and energy continues to be important. Don’t water dead plants, or force tenuous plans that would be stressful to accommodate. Tomorrow see’s an emphasis on planning and communications.

Today see’s the Moon in diplomatic Libra square Mercury,Venus, and Pluto in Capricorn, and trine Saturn in the early part of the day. This could see some serious discussions, or some “let’s make a deal” kind of talks going down, that could involve future goals or the setting up of new foundations with others. It’s possible that we could be underestimating the impact of whatever plans we could be setting into motion now, they could wind up being more of a big deal than we realize. Later on see’s the Moon trine Jupiter, and this could see optimism boosted, perhaps  good news is on it’s way. Something or someone could make a huge difference in our lives that sets the stage for some game changing transformations and shifts. This could involve a collaboration, partnership, or working together with others somehow. Did we underestimate something before? Did we underestimate someone? Did we underestimate ourselves? Regardless of what’s going on, the emphasis on Capricorn in the heavens right now is all GOALS, GOALS, GOALS. This can see the tail end of the year close out on an ambitious, determined and serious note.

Posted by The Curious Girl at 9:59 PM