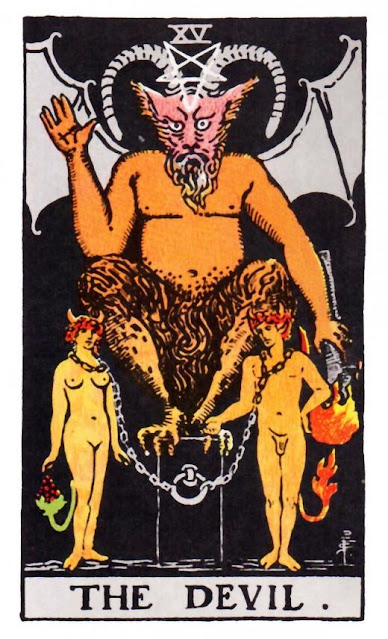 The Sun enters Capricorn today, to join Mercury, which entered the realm of the stoic and determined Goat on Sunday. This sets the stage for a more goal and achievement oriented cycle where it's all about the hustle and the drive to succeed and reach new peaks. We welcome the Winter Solstice with the perfection of the Jupiter/Saturn conjunction in Aquarius, where we are presented with both (perhaps unprecedented) opportunities, and the challenge of rising to meet them. The morning begins with the moon in the late degrees of Pisces, heading towards Aries.  This morning see’s the Moon form sextile to Saturn and Jupiter, now freshly in Aquarius. These configurations symbolize a release of old chapters and a commitment to forward momentum. After a dreamy, reflective, restful and imaginative weekend with the Moon in Pisces, and mutable signs emphasized, the first portion of the day can find us getting our footing and preparing for new initiatives. So this can see the morning half of today still in “visualizing” mode before a hike up a mountain. The Moon enters assertive Aries at 2:32 PM PST, which can see a more decisive, action oriented energy take hold. Here, the Moon forms a square to the Sun and Mercury in grounded, earthy Capricorn, a trine to Venus in Sagittarius, sextile to Jupiter and Saturn in Aquarius, and a conjunction to Chiron. There is a definite determination and enthusiasm here, and the emphasis is on the future. New initiatives, new connections, and things that broaden our scope. It’s an adventurous and pioneering energy, and the lunar squares to the Sun and Mercury can see an energy that is ready to hunker down and get down to business. We can be preparing to open new doors here, and enter uncharted territory on several levels. It’s interesting to note that Juno, the relationship asteroid is also now in Sagittarius, and the Moon forms a trine to Juno as well. All of these configurations highlight significant turning points with others, and it’s an expansive, adventurous, and optimistic energy. With the Sun and Mercury now in trine to Uranus in Taurus, changes that may have been planned for and thought about during Saturn and Jupiters treck through Capricorn can begin to be a focal point, and certain restrictive energies are no longer preventing or inhibiting their application. There’s a sort of liberation process underway here. Interpersonally this can feel very exciting, though with the Moon in Aries squaring the Sun and Mercury in Capricorn, we may be keeping our enthusiasm about certain things or people somewhat stuffed down or could feel a bit inhibited or indecisive about expressing it in full force. But it’s definitely there. There could be a lot to communicate. There’s a boundless curiosity, motivation and enthusiasm to these configurations, but the planets in Capricorn know that anything worthwhile requires work, patience, effort, consistency, realism, and discipline. But it’s very easy to see and feel all the potential available, and things look very promising, even under the realistic scrutiny of Mercury in Capricorn.

This morning see’s the Moon in motivated Aries conjunct Chiron, square Mercury, and trine Venus in Sagittarius. There could be communication thresholds to cross interpersonally, and this could take some courage. Something about these configurations suggest dipping our toes in new terrain communication wise and interpersonally and it can feel exciting and intimidating at the same time. It looks positive, and things can really open up. Horizons can be expanded through interactions with others. The dominating configurations for the majority of the day is the lunar trine to Venus, which is joined early evening by a lunar conjunction to Mars. This is a passionate, exciting and rather playful energy that can definitely see people motivated to enjoy themselves through their connections with others and in general. Much of what is happening now is very new and expansive, and outside what has been normal for us. There can be an impulsiveness to this energy, but also more bravery and courage than normal. Definitely a lot of fun and passionate vibes. The Sun and Mercury in Capricorn trine Uranus are shaking things up, and there is a lot about whatever is transpiring now that has been a long time coming, due to intentions set back when Saturn entered Capricorn, followed by Jupiter. Saturn and Jupiter leave gifts by the door when they leave, so we can begin to experience a sort of “harvest period” for the inner and outer work we have done on ourselves and our lives. Venus in trine to Chiron now can bring in some very healing and mutually beneficial interactions that can uplift and motivate us, however the Sun and Mercury in square to Chiron suggests that there are a lot of communication inhibitions to work through, and it could be important not to make assumptions based on previous wounds or insecurities (Chiron.) All in all, a very pleasing and exciting energy today.

This morning begins with the Moon in Aries conjunct Mars and square Pluto, which can see a lot of energy and intensity build over the day. As the day progresses, a lunar sesquisquare to Venus in Sagittarius forms, along with lunar squares to Saturn and Jupiter, and a trine to the Sun in Capricorn in late afternoon. Over the course of the day this can see certain submerged energies come to light, perhaps interpersonally, as well as the potential for certain milestones being reached in general. There is a definite *intensity* to these configurations, and a lot can be going on in general and under the surface. Major changes and transformations, and new thresholds are being penetrated. Communications can play a role, or are about to- and it’s possible new alliances are in the process of unfolding and being cemented via being taken into certain confidences, or simply more involved and revealing conversations. These configurations show a lot of submerged, buried, or suppressed energy wanting to come to light, and can speak of a process of bringing certain people “into the fold” or of deepening certain talks or alliances. This can be a high energy, action packed day, that can see the mind, passions, and emotions somewhat heavily fixated or compulsively pulled in towards something or someone. As the Moon heads into the later degrees of Aries it trines Mercury in Capricorn and conjoins Uranus, intimating at a sort or liberating energy that cements situations and dynamics in a new direction that’s perhaps been thought about a long time. This can open up the channels of communications and get conversations and collaborations going that can be surprising, exciting, revealing, and motivating. Tomorrow will really see this emphasized when the Moon heads into slow, sensual, earthy “show me the money” Taurus. Huge changes and personal/interpersonal revolutions are happening.

Today see’s the Moon in tactile Taurus, conjunct Uranus, trine the Sun and Mercury in Capricorn, and square Saturn and Jupiter in Aquarius. There is nothing “normal” about this day, but it gives us some impressions of the changes coming down the pike. There can be some very revealing communications highlighted today, and there’s something new and exciting about whatever is going on and being thought about or shared. Whatever it is, it’s cementing things in a new direction, and with the Sun and Mercury in Capricorn there’s something serious or long term about it all. Again, much of this has been a long time coming. There’s definitely something liberating about these configurations, and there’s a lot of innovative and surprising energy in the atmosphere. There can even be some shocks, but it looks to be of a largely positive or benign variety. In either case, it looks like certain communication channels are opening up, and whatever felt repressed, constrained or inhibited while Saturn was in Capricorn, can now begin to shake itself loose and unleash itself. This can also see a lot of surprising insights, emotionally and otherwise, and there can be some strokes of creative genius as well. With the Sun in Mercury in Capricorn squaring Chiron, there can be some insecurity, vulnerability, self doubt, or inhibitions to work through, but we learn by doing. Life is about taking calculated risks, and also being willing to fall down on your face sometimes, get back up, and try again.  Today can see a wild hair in our butt twitch around communications, or even money or commerce, and other Venus ruled things (Moon in Taurus). It’s a fun, liberating and experimental energy we’ve perhaps been sitting on for a long time, that say’s “Fuck it.” There's a lot of variety, and a certain erratic, shock rock nature to the day. Certain cats are let out of certain bags, or certain experimental initiatives are taken, and this get’s the weekend off to a very interesting start.

Friday see’s the Moon in Taurus sextile Neptune and trine Pluto in Capricorn. This can be a pleasantly reflective energy, perhaps reflecting on all the positive transformations underway after yesterday’s surprising exchanges, thoughts, or communications. It’s possible also that some people can feel a certain relief after having got something off their chest or opening up a channel of communication in which to do so. In either case, things are transforming very nicely, and the lunar sextile to Neptune can provide an idyllic and restful period to dream. There can be some intense but pleasant feelings available under these configurations, as if a new portal has been opened in which we have full permission to dive into and enjoy. Some quietly powerful but highly potent energies that can see the imagination and the senses highly stimulated. Saturday the 26 begins with the Moon in late Taurus, forming trines to Jupiter, Saturn, and Pluto, and it’s clear we’ve reached some new threshold or breakthrough. Something or someone has definitely made an impact, and this can see some major positive shifts occurring. There’s a lot of generosity in today’s mathscape, and things going on now can make a lasting impression on us or have a significant impact in some way. New foundations are being laid down, emotionally, socially, interpersonally, commercially, literally, or all of the above. The Moon enters multitasking and communicative Gemini at 3:33 PM PST, and this can see even more communications, and perhaps some pleasant things going on in the local environment, neighborhood, or with short distance excursions. The Moon in Gemini sextile’s Chiron in Aries, and this helps take the edge off of any communication inhibitions generated by the Sun’s square to the wounded healer, which Mercury has now relented on. We can feel pleasantly encouraged to just be our weird selves and challenge any inhibitions we’ve felt around communications. It’s possible we’ve realized certain fears, insecurities, inhibitions, or walls we’ve had up, were unfounded,- and we might wonder why we didn’t reach this conclusion sooner. Sunday the 27 can see a slight hangover commence, with the Moon in Gemini opposite Venus in Sagittarius and square Neptune. There can be some minor conflict between our own needs and those of others at the moment, and there’s a slight social awkwardness. We could be highly sensitive to the environment and perhaps overthinking things a bit too much. The Moon/Neptune square can see some nervousness, confusion, or vague fears. It’s also possible there’s certain others who may be less than happy, or perhaps moody. The energy in general can be a bit nervous, moody, sensitive, with the potential for some heightened feelings. Anytime we do or try anything new, enter new territory or challenge our inhibitions in any way, this often results in a period of second guessing ourselves or overthinking things. Don’t dwell in any momentary lapses of confidence, or “shoulda, coulda, woulda’s”. Conversely, it could be certain others who are less than happy with whatever you’re doing. Offer compassion, but don’t let other people’s hangups hold you back or take you off of the new path you’re forging for yourself.

Posted by The Curious Girl at 6:53 PM