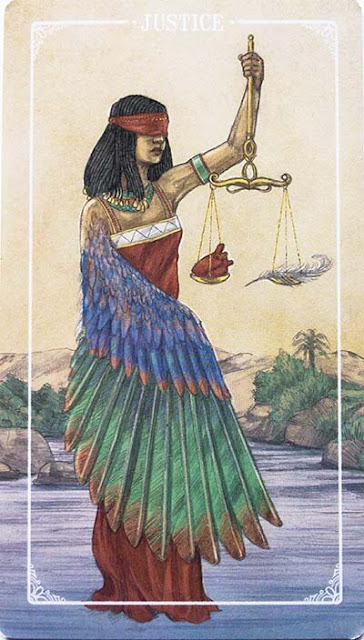 The Moon is in Libra trine Mars and Saturn and opposite Chiron, while Mercury is conjunct Venus and opposite Neptune. There can be a floating feeling of uncertainty and dreaminess that permeates the background, with a lot of little things to look after and address. The Moon trine Mars and Saturn is helpful here, in that it’s focused and productive, and able to hone in on what’s within it’s control. The Sun opposite Jupiter see’s a focus on growth and expansion. Partnerships are strongly highlighted, but so is simply bringing things into balance. This is the final week of Mercury retrograde, as it stations direct on Sunday. There will still be a shadow phase to wade through, but things can finally start to get back on track. The week get's better as it progresses, and Venus' entry into Libra on Thursday helps to create more harmony and balance.

Today kicks off with an even more concentrated effort, with the Moon trine Mars and Saturn in the early morning hours, but also square Pluto. With Venus and Mercury both trine Pluto, there’s a desire here to tie up loose ends and make way for some sweeping changes, clearing the path for easier, or more balanced times that can see more opportunities for growth. The Moon enters Scorpio at 4:15 PM PST, seeing a reflective and strategic atmosphere take hold as it makes trines to both Pallas and Juno. Mercury and Venus both opposite Neptune and trine Pluto can see a lot of dreaming and visualization, but also letting go and releasing of what’s no longer workable, making way for radical change and clearing out.

The Moon in Scorpio opposes Uranus and squares Saturn, while making a semisquare to Venus in 29 degrees of Virgo today. Emotions can be up and down, and there can be a certain restlessness or unpredictability to manage. This can see a desire for change, illumination, or to shake things up, but there can be an inner conflict around how to best go about something. The Sun opposite Jupiter doubles down on the theme of striking a balance between stability and adventure, but there can be some things to look forward to and things can feel more positive by the days end. Venus in 29 degrees Virgo can see peak productivity, but simultaneously, a desire to break free from being too trapped in the process of ones own success and enrichment. This can see something being successfully wrapped up, or a rut of some kind being broken out of, which can see a lot of optimism.

Venus enters Libra at 12:49 AM PST, seeing the planet of love, money, beauty, peace, and pleasure kicking off a cycle where she is in her element. At it’s zenith degree, Libra is still very much chipping away at things, somewhat doubtful about the decisions being made, and still trying to get things “just right”. Opposite Jupiter however, there’s a lot of optimism, positivity and expansiveness, a lot to look forward to. There can be a feeling that a new era is kicking off. The Moon in Scorpio is sextile Mercury Rx in Virgo, emphasizing loose ends and taking care of last minute details. The earlier part of the day can be more challenging than the later part, as the Moon goes on to trine Jupiter and enters Sagittarius at 9:03 PM PST, seeing a whole lot of optimism and an adventurous atmosphere.

The Moon in Sagittarius sextile the Sun in Libra and forms a trine to Jupiter and Chiron in Aries. This can see some feelings of relief, with reasons to feel reinvigorated, energized and optimistic. It's like the wind is returning to our sails. Although a lunar semisquare to Pluto can see some underlying intensity, this can be accompanied by positive breakthroughs. People can be more sensitive than they appear, but this is a generous atmosphere with plenty of kindness to go around, in spite of the fact that Mercury about to station in Virgo can have people feeling pressed or stretched to the limit. These configurations can see people embarking into new, expansive territory somehow, and Venus in Libra opposite Jupiter can be excited and eager to position itself in such a way so as to reap the most benefits from the cycle. There’s a child like enthusiasm here. The Moon goes on to oppose Mars, which can see a lot of energy, excitement, impulsiveness, or impatience, but it can be a well needed burst of vitality. Morale can be high, and there can be things to feel encouraged about, but there is also a lot still left to do.

The Moon in Sagittarius is square Mercury Rx in Virgo and Neptune Rx in Pisces, opposite Mars, and sextile Saturn. The first half of the day can see a bit of catch up going on, with a desire to wrap up responsibilities, but there are a lot of distractions, or many things to keep in balance all at once. It can feel like herding cats. The mind can meander here and there, and there may need to be some lines drawn or boundaries laid down in order to prioritize some self care or stay on track with personal goals. Even though it’s Libra season, -it’s still ok to say the word no, especially the day before Mercury stations direct in crisis management Virgo. Releasing a need to be at peak performance right now can actually be really helpful, and allow the necessary breathing room for reorientation The Moon square Neptune is sensitive, empathic and imaginative, so it’s a good day to give yourself time to dream, and get acclimated and aligned with desired changes.  Mercury is at it’s loopiest when it’s about to station, and tomorrow it stations direct, so it’s a good time to hold off on any earth shattering proclamations or major moves, giving time for dust to settle. Steer clear of demanding too much from yourself or others or unnecessarily stressing yourself out with an itinerary that's just flexing way too hard. "Easy turbo."

Mercury resumes direct motion at 2:07 AM PST. (*Children cheering.) The Moon enters practical Capricorn in the wee hours at 12:38 AM, giving a nice, grounded, pleasantly ambitious feeling that's also realistic. These configurations are cautiously optimistic and minimalist. There can be a desire to get organized and take care of down to earth, practical things in order to make room for dynamic, positive changes, to keep the beneficial trends flowing. Mercury at 24 degrees Virgo is surprisingly creative and even mystical, and this direct station can be desirous of time alone to think, plan, prepare, and to get things into order for the week ahead. There can be a desire here to engage with others, but there’s also a humble peevishness to these configurations, in spite of a growing sense of optimism, excitement, and anticipation. It's evocative of images of garden gnomes tending to their enchanted gardens and taking leisurely breaks under large mushrooms. Venus is getting comfortable in her new easy going position, and can take pleasure in improving the style and aesthetics of things, bringing more harmony and balance into the picture. Mercury in Virgo adds the finishing touches and makes some final tweaks to perfect things. Monday can see some surprising news, downloads, or communications.

Posted by The Curious Girl at 1:25 PM