Astrology For The People 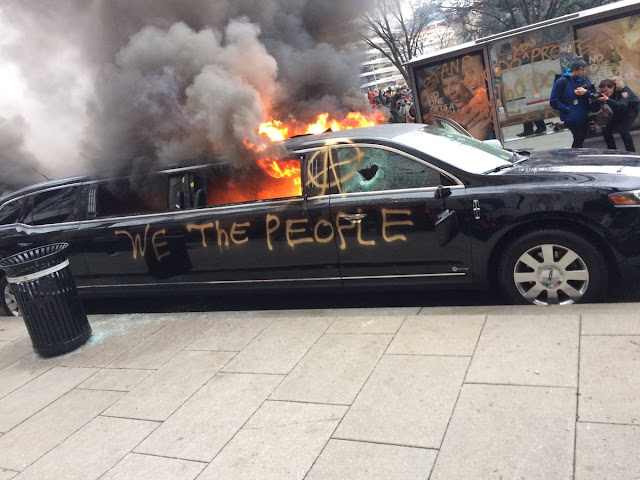 Due to the sheer magnitude and dramatically escalated entropy of recent global events, I would like to take a moment to point out that astrologers have been used by the elite and people in powerful political positions for millennia, as one of many strategies for better securing control and dominion over the masses and the popular mind, and anticipating future trends, periods of mass psychic impressionability to particular messages, and outmaneuver opposition. This, combined with the suppression, trivialization, and even outright demonization of the practice of astrology in the historical to present day social fabric, has given sociopathic global elites, pseudo-intellectual social engineers, and corporate war pig despots, an unfair advantage, throughout history.

I believe the people deserve access to this same strategic advantage, and as an astrologer, I decided to create a special page dedicated to the discussion of current events, and current and future trends unfolding that I feel warrant special concern, and careful, strategic handling, particularly when I sense that the people are being put at a disadvantage due to the occult being...well...occult, and hence abused and weaponized psycho-spiritually against an unwitting populace.

For instance, I can’t help but notice the extent to which “divide and conquer” is being egregiously deployed by the elite in every way imaginable, through every medium available to their many tentacled, globally concentrated 'body'.

A reactionary response by the masses to these absolutely ruthless and sociopathic tactics is not only completely understandable, justifiable, but is also above any sort of moral judgement or reproach, -as you cannot quantify the cumulative impact of mass psychological abuse, gaslighting, tyranny, systematic impoverishment, and deliberate, divisive provocation. Unfortunately, a reactionary and divisive response to this flagrant psy op plays directly into the hands of the elite sociopaths who have engineered this precise reactionary response, and who are hoping to see exactly that result, so that they in turn, can “justify” the implementation of a permanent, totalitarian police state, and increasingly gross violations of human rights. A horrifying, dystopic vision of "Top down, authoritarian, world governance" that's been written down in Rockefeller documents in quite disturbing detail.

It should be understood that to accomplish this, it requires the cooperation and complete psy-opping of police and military forces as much as it requires the psy-opping of civilians. Divide and conquer is an ancient strategy, with infinite fractals of application. If cops succeed in developing a peaceful relationship with civilians and civilians in turn look upon them as the civil servants that they are, in fact, supposed to be, the possibility of the police force taking the side of the people, and not only refusing to enforce despotism and tyranny, but uniting with the masses in question against the self appointed, elite overlords, is far too great for the elite to take chances in risking.

This is why racism and the perpetuation, injection, and inflation of it's narratives is so useful to tyrants. More importantly, for the elite to truly make the ultimate power grab and secure their "Lockstep" vision, civilians absolutely must hate, despise, fear, and dehumanize ALL COPS, and in turn, cops must be absolutely terrified of the civilians. The systematic and deliberate erosion of these important community relationships is a pre-requisite to fascism. As is the destruction of "communities" in general.

For tyranny to take hold, it is absolutely imperative for there to be hostile relations between civil servants and civilians. The cops must be effectively psy-opped into looking upon the civilians as an enemy populace, a hostile entity.

For tyranny to thrive, fear must be high, rationality, civility, and humanity must be low. Everyone must be dehumanized, otherized, and everyone must dehumanize/otherize others, according to race, religion, gender, costume, etc, etc..

This "clever", ancient, divide and rule strategy has been perfected to an art form, and is done under a guise of diversity and inclusiveness as an elevated social value.

This is why the very existence of racism at all today causes such cognitive dissonance. It feels out of place, because it IS out of place. The very appearance of it's existence is entirely deliberately manufactured, it's "shock and awe" theater. A mere tool of war. It's appearance and injection into narratives and the socio-political fabric has little to do with an authentic philosophical stance, has little to do with any true reflection of the *actual* state of our collective psyche, epigenetic development, and psycho-social development. It has nothing to do with who we collectively, really are, and everything to do with it's socio-political utility.

Essentially, for tyrants, despots, and fascists to succeed, everyone must literally hate everyone, and fear must be the dominating force behind everything. This is why it feels like we live in a constant state of terror and propaganda. (Hint: It's because we're being terrorized and propagandized.)

If, -after the tragedy in Minneapolis, and the other numerous, escalating psy ops that are designed explicitly to stoke racism and division and artificially inflate and inject it into the social fabric, you feel contempt, hatred, fear, and resentment towards white people, and the same towards all police officers ("ACAB",) -you are having precisely the desired reaction intended by "The Wizard Of Oz" behind the curtain. I do NOT say this with the intention of delegitimizing anyones feelings or reactions to these flagrant abuses. I say this because there is a clear intent of global despotism, and it's all been written down, their long game is publicly available to read.

When we, as a people, as a global mass, find ourselves in a state of fear, horror, outrage, disgust, bewilderment, trauma, continuous anticipation, psychological terror, and emotionally reactionary states, it is imperative that we recognize that we are being manipulated.

*This awareness must be the fulcrom of our movement towards emancipation from the abuser, it must remain in the forefront of our minds at all times- lest we will remain vulnerable to their shock and awe, divide and rule tactics.*

Abusive, power hungry sociopaths are actually not that intelligent. They are of below average intelligence, in fact, (possibly due to so much inbreeding) they rely almost entirely on their ability to provoke a response from their targets in order to succeed at their manipulations and boundary erosions.


Disinhibiting the self control and rationality of their target through emotional provocation is the primary source of their power and control over the target. Once the target recognizes that these provocations are deliberately manufactured in order to produce a reaction, these tactics cease to be effective, and the abuser loses their hold over the target's consciousness, and the target regains psychological autonomy. 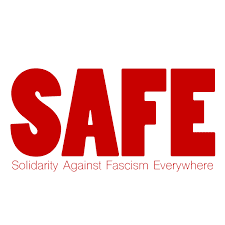 We cannot allow these abuse tactics to fulfill their desired ends of complete and total disunity and dehumanization between blacks, whites, women, men, cops, civilians, "maskies" and "non maskies", old, young, etc, etc, etc...This hideous desire on the part of global, Machiavellian, royal crime families to fulfill the objectives enclosed in their various corresponding documents has absolutely no chance of succeeding, -if the masses become fully cognizant of it's machinations.

The temptation to dehumanize cops, to hold people in contempt based on their race, gender, compliance (or lack thereof) with the Pandemic Industrial Complex, will be difficult to resist for many. But resist it we must, if we are to resist fascism. 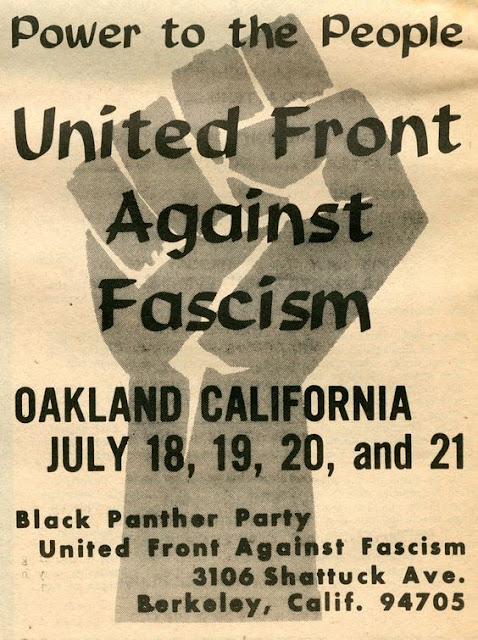 Astrologically, the rest of this year looks set to get...pretty fucking hairy, there's no way to sugar coat this. Mars will spend the rest of the year in Aries once it leaves Pisces on June 27th of 2020. Here it will square up to the other Malefics, which could actually result in a brutal stand off between despots and their unwilling citizens.The ruthlessness and brutality potentiated by these incoming configurations must be mitigated. Right now, we must look to Minneapolis as an example. One we may be wise not to follow. As satisfying as it is to see SOME kind of epic street justice, for lack of any systematic justice, I can assure you, that the more reactionary we become, the more violently and rapidly we could accelerate the implementation of their horrific and dystopic vision, and the more justified and vindicated they will feel in deploying unfathomably ruthless tyranny, and committing unspeakable war crimes against the global populace with remorseless, premeditated precision. It is absolutely critical that we respond strategically, and with great forethought and with as much awareness as possible. The possibility of mass genocide is not out of the question here. Never before in history have such a globally concentrated amount of obscenely wealthy, sociopathic people with ethically malignant ideologies been able to accrue so much power, and infiltrate every aspect of global society, from governments, to media, to educational institutions, medical institutions, scientific institutions, religious institutions, to the very means of production. What we are witnessing is the apex of centuries of organized crime and conspiracy through "philanthropy" and intergenerational, inherited wealth/blood money, attempting to bring itself to it's only "natural conclusion" (Lockstep, technocratic tyranny, fascism, total, maniacal control over absolutely everyone and everything, with the potential for remorseless, unethical human experimentation, and mass genocide) in a systematically enforced way that is portrayed as if it is all "random", but "necessary happenstance", that we have arrived at this historical juncture of civiliztion.

There is nothing "random" about ANY of this. This is a product of systematic, organized planning, deep infiltrations and subversions from the highest levels of political and economic power down to the "lowest" hierarchal levels of civil service.

Hierarchies of ALL kinds are highly attractive to sociopaths, and breed them indefinitely, almost as if by some sort of cosmic law. It doesn't have to be this way, but as the old adage goes, "Absolute power corrupts, absolutely." 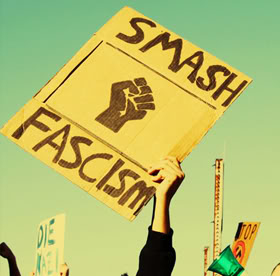 Do we *need* the cops and military to be on our side? Not necessarily...But do we want them to be on our side and not that of fascist despots? Absofuckinglutely. We must do our absolute UTMOST to preserve our alliances with one another and the threads of our shared humanity. This is antithetical to fascism. Fascism is a direct product of egregious psychological manipulation, and cannot thrive in a healthy, fully awakened, united, global community. We must remain vigilant, and united against tyrannical overreach, manufactured divisiveness and dehumanization of our brothers and sisters, and keep the long game in mind, being constantly aware of the machinations of media, narrative, and psychological warfare. To react blindly to these tactics (which are constant, continuous, multifaceted, and omnipresent), is to play directly into their hands. Do not allow them to exploit the deliberately engineered struggles of your race, gender, religion, occupation, socioeconomic status, or uniform.

We must speak to the human being in ourselves, and in one another, and resist this malignancy together, as one human family. 'Divide and Rule' is the oldest strategy known to civilization. We have come too far, have seen too much tyranny, bloodshed, brutality, and inhumanity. We have learned too much, to allow ourselves to be tricked, and robbed of our human dignity through these divisive strategies once more, and on such a historically unprecedented, global scale. We deserve better than "Lockstep."

We are ABOVE "Lockstep." We, the people, are the architects of our narrative, our destiny, our unity, our movements, our communities, our economies, and our societies. They will continue to attempt to divide us, by race, by gender, by politics, by status, by religion, by obedience, assimilation, and conformity or the lack thereof, ...and all the while, these pantomimes are mere projections, distracting us all from the true root of malignancy behind the curtain. They are desperate to keep any division alive that they can in order to hide their own gross delusions of supremacy and 'divinely ordained' "separateness" from the rest of their human family and the sacred web of life.
Let us prove them wrong, by not giving into this deliberately engineered disunity, this "otherization" of our brothers and sisters, our fellow human beings on planet Earth.